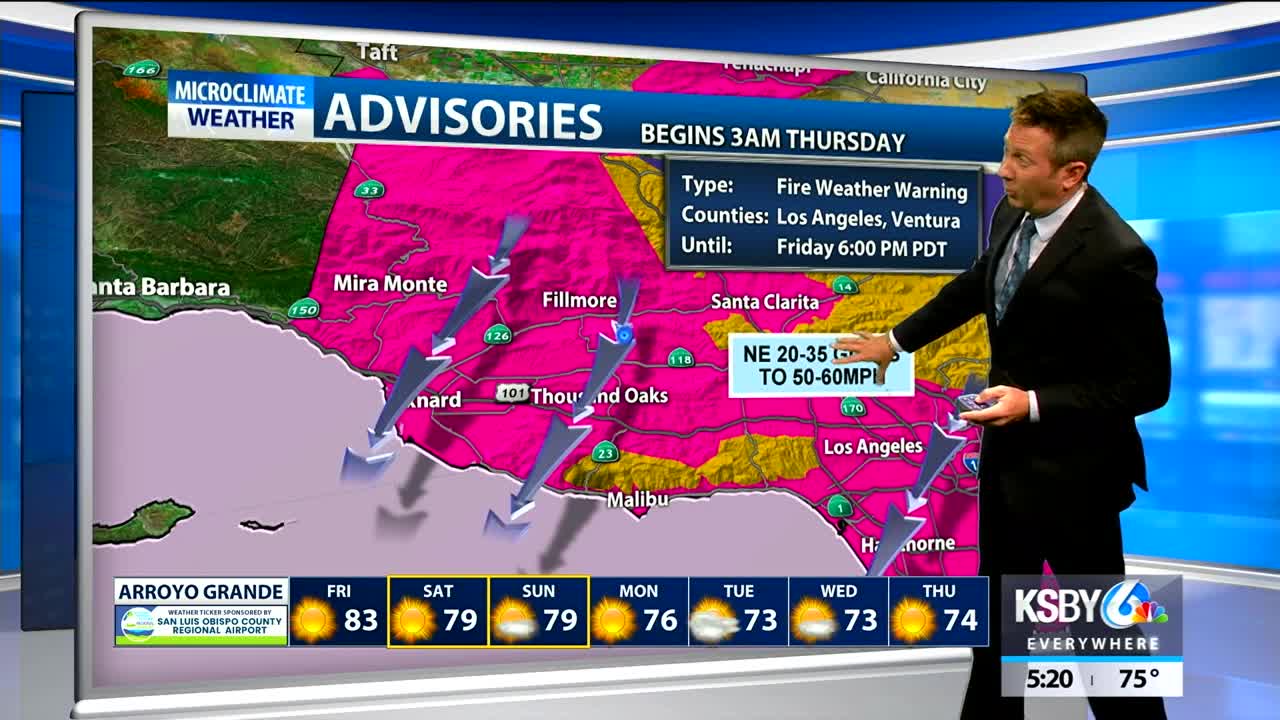 In Southern California we call strong, offshore and hot winds Santa Ana winds, locally the term is Santa Lucia winds. We will have some locally gusty offshore winds again tonight and Friday morning with one more weaker round Saturday morning as well but not nearly to the extremes we are talking about in Southern California. In northern California the offshore NE winds are called Diablo winds and those winds will also be roaring again tonight. These winds dramatically increase fire risk and that's why precautionary power shutoffs were used in hopes of preventing fires caused by power issues.

The strongest winds near us will be in Ventura County were a Red Flag Warning is in place for winds which coud gust near 50 and 60mph in spots. For the Central Coast there are no advisories or anticipated power reductions.

While today was warm due to the morning offshore flow, Friday will be even warmer with coastal valleys in the low to mid 80s, beaches in the 70s and interior valleys in the mid-80s. The local offshore morning wind weakens just a little Saturday morning but still enough of it there to only pull temps down by a few degrees, some additional cooling is expected early next week with some re-emergence of the marine layer.

Temps should be near average much of next week.