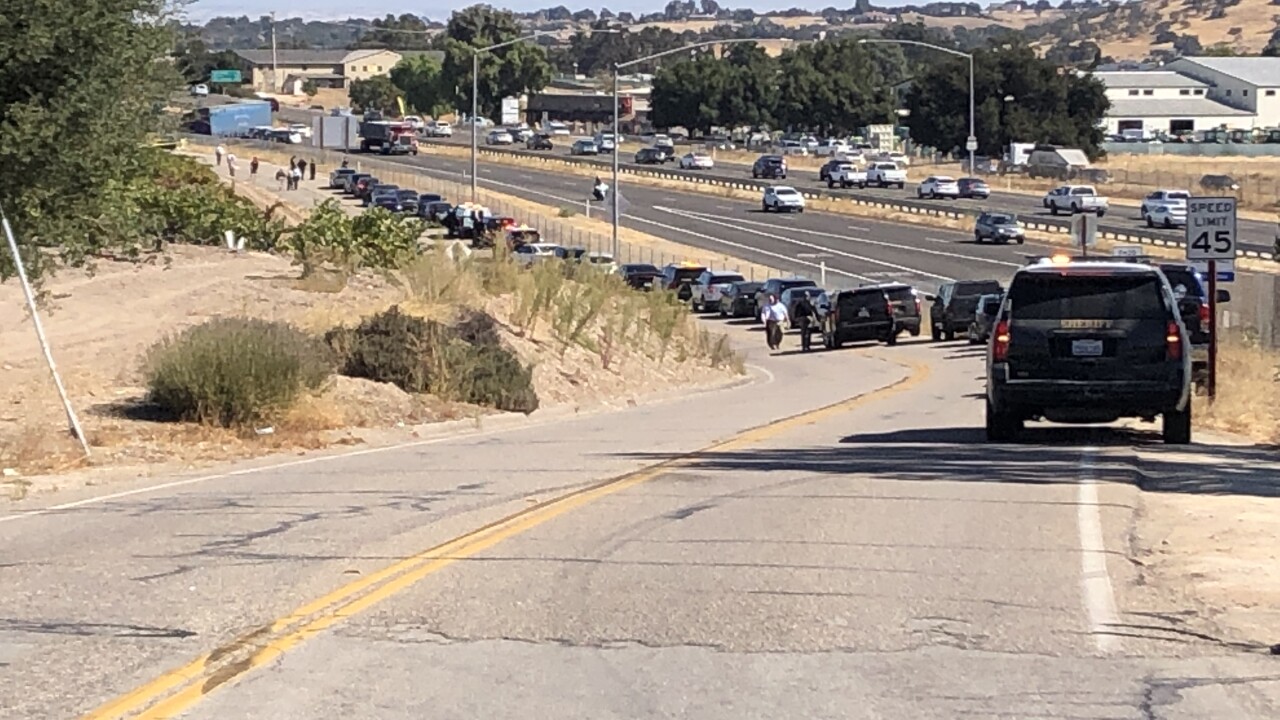 UPDATE (12:13 p.m.) - The San Luis Obispo County Sheriff's Office says a press conference is planned for Thursday afternoon where more information on an on officer-involved shooting in the Templeton area Thursday morning is expected to be released.

Due to the active investigation, few details were being released as of 12:13 p.m.

Sheriff's spokesperson Tony Cipolla says one of their deputies was wounded by gunfire and taken to a local hospital. An update on the deputy's condition was not immediately available.

The suspect in the incident is dead.

Cipolla says a jackknifed semi-truck, which snarled traffic on Highway 101 in the area, was unrelated.
---

A sheriff's deputy involved in the incident was wounded and transported to the hospital.

The scene remains active and the sheriff's office is asking people to stay away from the area.
__
San Luis Obispo County Sheriff's deputies are responding to reports of an officer-involved shooting in Templeton.

The call came out at around 10:20 a.m. Thursday on Theatre Drive.

This is an active situation and people are being asked to avoid the area.

California Highway Patrol has a portion of Highway 101 closed near the main street off-ramp as crews are responding to the scene.

This is a developing story, check back for updates.