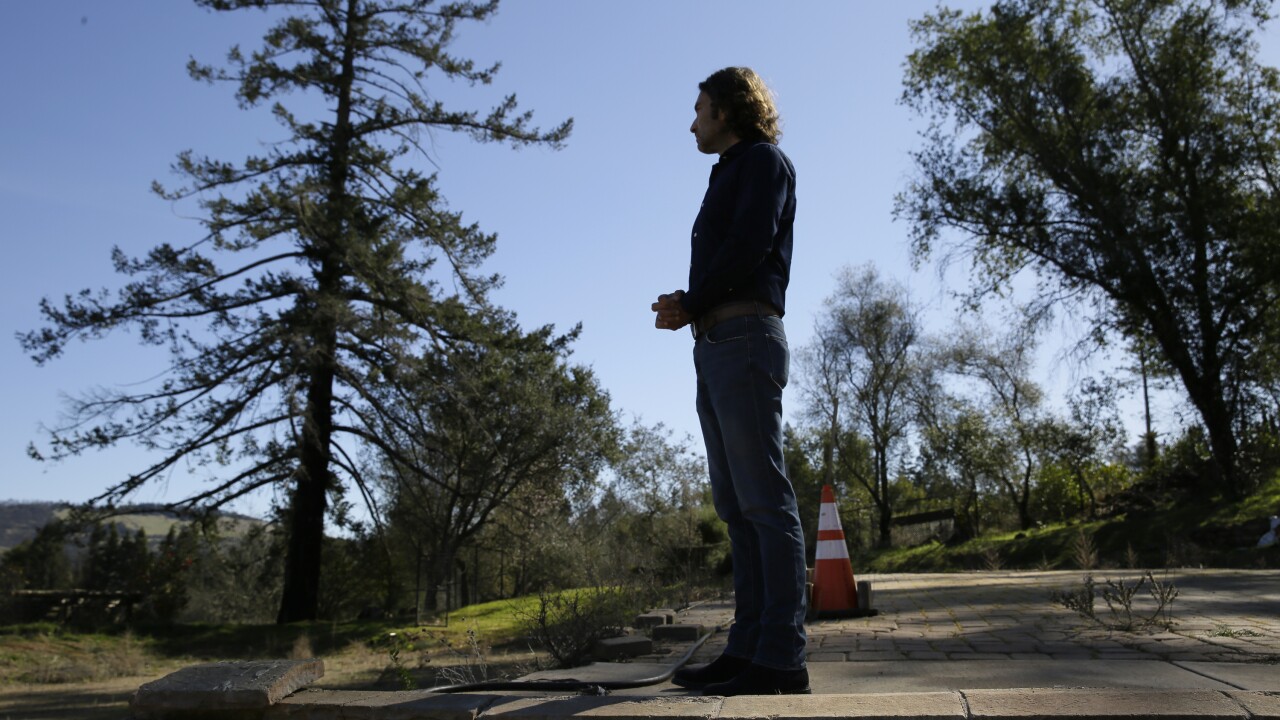 (Copyright 2020 The Associated Press. All rights reserved. This material may not be published, broadcast, rewritten or redistributed.)
Eric Risberg/AP
In this Tuesday, Feb. 25, 2020, photo, Jason Meek, whose Northern California wine country home was destroyed in 2017, stands in the driveway and looks out at the remains of his home in Santa Rosa, Calif.

SAN FRANCISCO (AP) — A $13.5 billion settlement between victims of California's catastrophic wildfires and the utility blamed for causing them was supposed to bring some peace and hope to people still reeling from the devastation.

Instead, it has sparked confusion, resentment, suspicion and despair as the victims, government agencies, and lawyers grapple for their piece of the settlement fund.

Dissatisfaction with the deal sets the stage for a potential scrum as PG&E scrambles to emerge from a complex bankruptcy case.

A judge on Wednesday will weigh whether state and federal agencies are entitled to tap the fund for any of the $4 billion they spent responding to the wildfires.