This Cherry Margarita Recipe Has A Built-in Hangover Minimizer 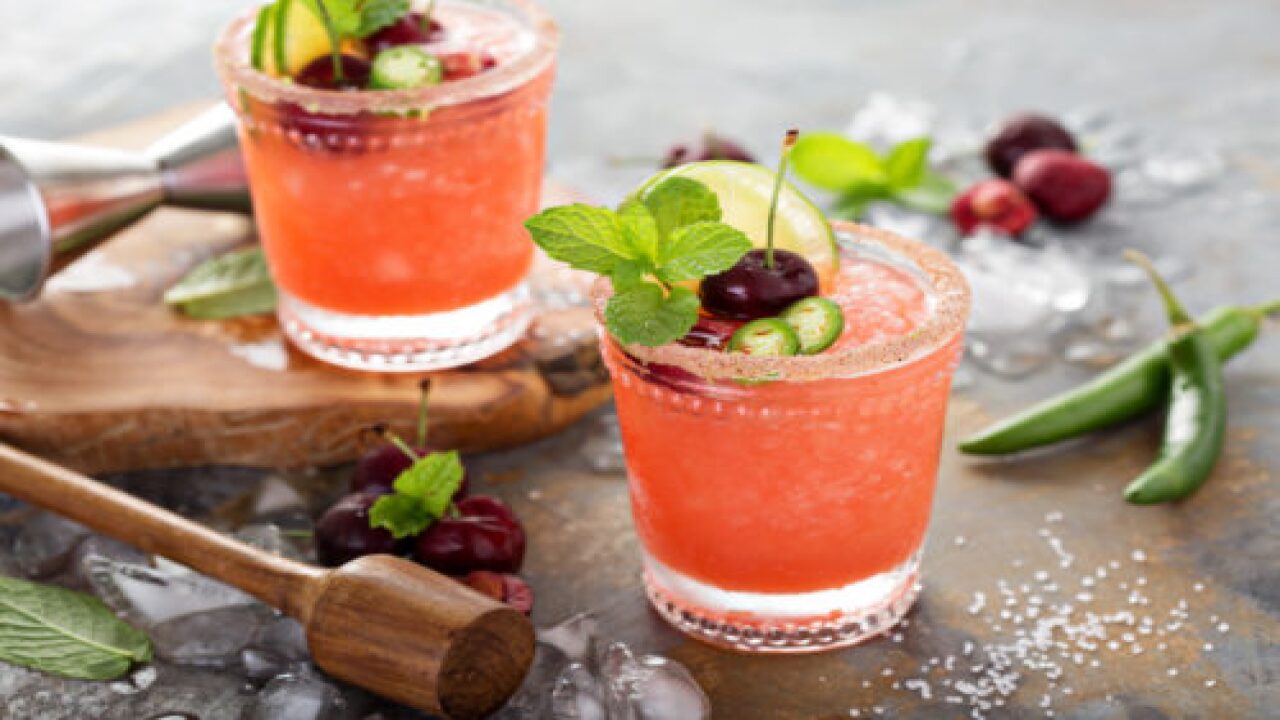 My all-time favorite thing to do in the summer is to sit on a patio and drink margaritas. While I seem to be able to stick to just one in the cooler months, drinking refreshing ice-cold tequila in hotter weather seems to get me in trouble. Before you know it, I’ve had more than I should have!

If you too have ever had too much, you know it’s not as fun the next day. So what would you say if I told you there is actually a margarita recipe that comes with a built-in hangover minimizer? Probably the same thing I said — I’ll take three, please!

The secret in this margarita recipe from CHERRiSH is tart cherry juice, which not only makes the drink fruity and delicious but also helps with inflammation. CHERRiSH should know; they’re in the business of selling the stuff.

In an effort to not get too scientific, here’s the short of it, according to CHERRiSH: hangovers are in part associated with elevated cytokines, the messaging system for the body’s immune responses. Montmorency tart cherry juice has anti-inflammatory anthocyanins (compounds with antioxidant effects that are also found in foods like blueberries and raspberries). These circulate in the body after you drink the juice, which may help inflammation and pain.

If that’s a bit too complicated for you, look at it this way: if you actually drink the tart cherry juice while enjoying your tequila, there’s a chance your hangover will be a bit easier to handle. You could also drink the juice the morning after having a few too many, as CHERRiSH says it’s also been shown to act the same way in the body as aspirin and help relieve pain.

While you can use any tart cherry juice, CHERRiSH’s juice also includes bing cherries which the brand says not only increases the antioxidant score of the juice but also acts as a natural sweetener. So, if you use just tart cherry juice and not CHEERiSH, you’re probably going to want to add a sweetener to the margarita to cut its sourness.

Of course, if you don’t care about the hangover, you can also just use plain cherry juice instead. And garnish it however you like — the recipe calls for lime and maraschino cherries, but blood oranges make an interesting color statement. You might also still want to add salt along the edge to cut the bitterness of the alcohol and heighten the lime’s flavor.

Take a look at the full recipe below:

1. Mix in pitcher
2. Pour over crushed ice into 4 medium glasses
3. Fill the rest with lime-flavored sparkling water.
4. Add slice of lime and two maraschino cherries on a toothpick to each glass.

Keep in mind that the tart cherry juice can only help with part of a hangover, so don’t think you can just throw back several of these and be fine the next day. According to the Mayo Clinic, aside from inflammation, hangovers are also caused by dehydration, irritation to the lining of your stomach, low blood sugar, and other potential causes. Cherry juice can’t tackle them all!

If tart cherry juice isn’t enough to get you back on your feet, take a look at this list of hangover cures that have also been proven to work. From eating eggs to taking vitamins, they’re all worth trying if you’re feeling lousy!

Will you be trying this tart cherry margarita recipe to hopefully minimize the negative effects of your next celebration? We’d love to hear if it works.