The number of World War II veterans left in the world is rapidly shrinking as what’s been dubbed the ‘Greatest Generation’ rapidly ages. According to the US Department of Veterans Affairs statistics, 496,777 of the 16 million Americans who served in World War II were alive at a last updated assessment in 2018.

In the San Luis Obispo area, there are an estimated 22 still living. Tuesday, at a special luncheon, those brave men were honored for their service.

“You know when many people see a veteran they say, ‘thank you for your service.’ This is a tangible expression of that expression,” said Joe Brocato, WWII Veterans Tribute Luncheon organizer.

This is the second annual event that was inspired by what started as a gathering of a few WWII veterans in 2014. That event ballooned into a dinner for 110 plus their families and friends, Brocato said.

‘It is so great to be remembered and honored’

Joe Hale retired from active duty after three and a half years of service. He was an Artillery Forward Observer in the United States Marine Corps. He is a survivor of the historic battle of Iwo Jima in 1945.

The island became globally recognized when Joe Rosenthal, who worked for the Associated Press at the time, published his photograph Raising the Flag on Iwo Jima which was photographed on Mount Suribachi. The US military occupied Iwo Jima until 1968 when it was returned to Japan.

The 36 day battle in 1945, which secured the airfields on the island, allowed for allied use during the invasion of the Japanese mainland. It was marked by some of the most fierce fighting in the war. According to the U.S. Navy, the invasion of Iwo Jima resulted in 26,000 American casualties, including 6,800 dead.

“I think this event is so wonderful. It is so great to be remembered and honored,” Hale said as he thanked organizers for holding the luncheon.

Of the 22 known to be currently living on the Central Coast, 15 attended the second annual luncheon held at the San Luis Obispo Country Club on Tuesday.

Among the honorees, two more survived the battle of Iwo Jima along with Hale, several fighter pilots who flew combat missions in the Solomon Islands, Europe and China, and an airman who was a prisoner of war in a German camp.

Hale went on to get his degree after the war and spent 35-years working for Walt Disney Company as an art designer.

‘Patton was a hell of a guy’

One of the men at the lunch is well known even among the inspiring veterans. Leo Dumouchelle, 96, held the rank of Staff Sergeant in the Army during his active duty from 1942 – 1946.

But that title doesn’t adequately tell his story.

Dumouchelle was a parachutist with the storied 82nd Airborne Division. He was part of the invading force in Normandy on D-Day in June 1944. He also spent time in North Africa at the start of the war and was briefly a P-O-W.

The Normandy invasion began with overnight parachute and glider landings, massive air attacks and naval bombardments. Then in the early morning hours, amphibious landings took place at five beaches. American troops landed on Omaha and Utah beaches. The Normandy landings came at great cost in terms of casualties but the defeat inflicted on the Germans was one of the largest in the war.

“I went the whole way around with Patton. He’s a hell of a guy,” Dumouchelle joked to the crowd prompting much laughter.

For his service, Dumouchelle received three Purple Heart Hearts and a Bronze Star. The Purple Heart is a military decoration awarded to those wounded or killed while serving in the U.S. military. A Bronze Star is awarded for either heroic achievement, heroic service, or meritorious service or achievement in a combat zone.

‘This is a labor of love’

Despite the many walkers and wheelchairs needed by the veterans, these men were bound and determined to attend. Organizers estimate the average age of the WWII veterans in the room was 95 years old.

“We want everyone in the United States to honor these veterans for all of eternity. We want to make sure of that and we especially want to honor them while they are alive,” said Dr. Ernest Miller, veteran and co-organizer.

The first tribute luncheon was held in January 2018. Two of the ten men who attended that luncheon last year have since passed away.

Retired Marine Major Jim Murphy summed up the tribute event simply, “This is a labor of love.” 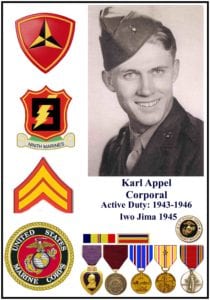 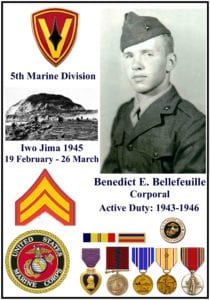 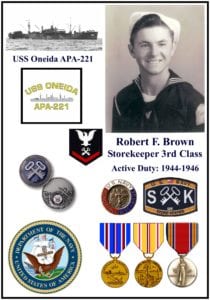 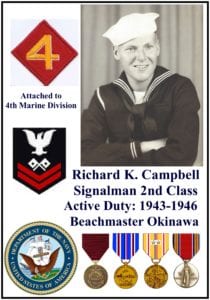 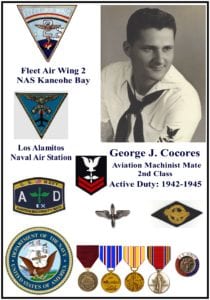 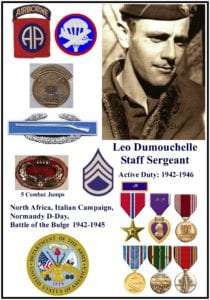 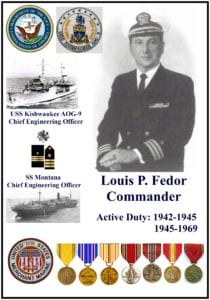 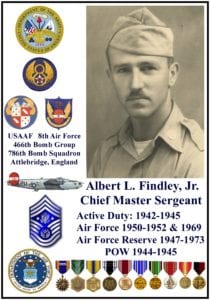 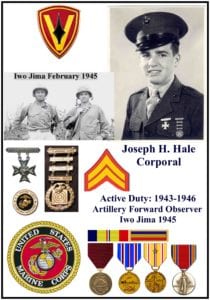 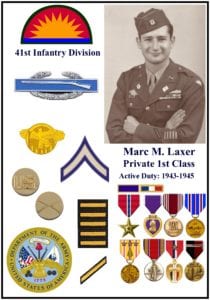 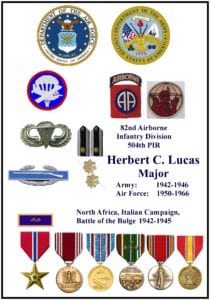 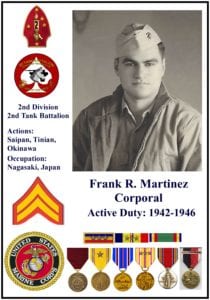 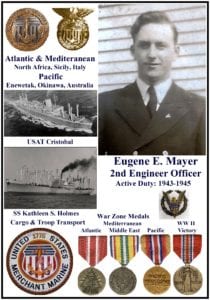 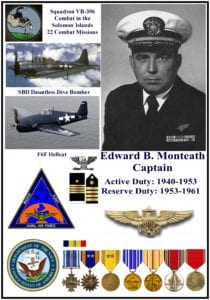 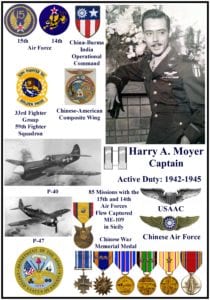 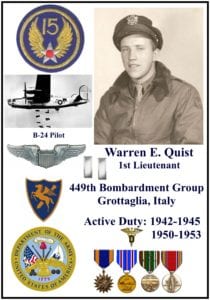 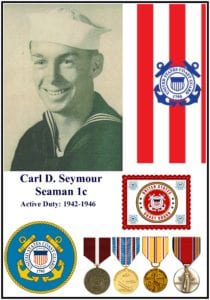 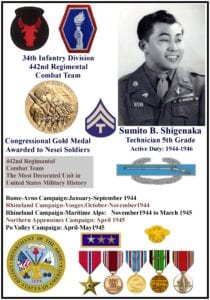 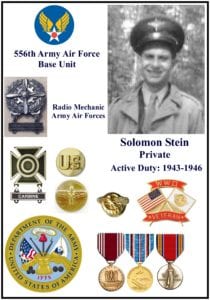 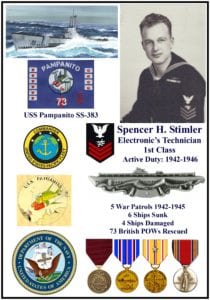 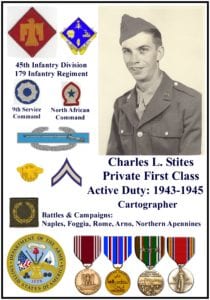 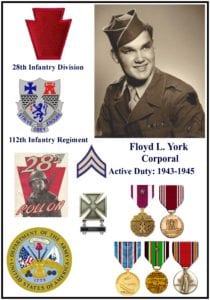 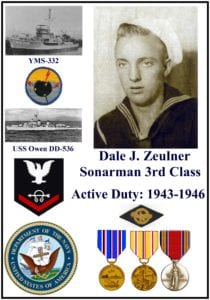 Here are a few photos from the event: 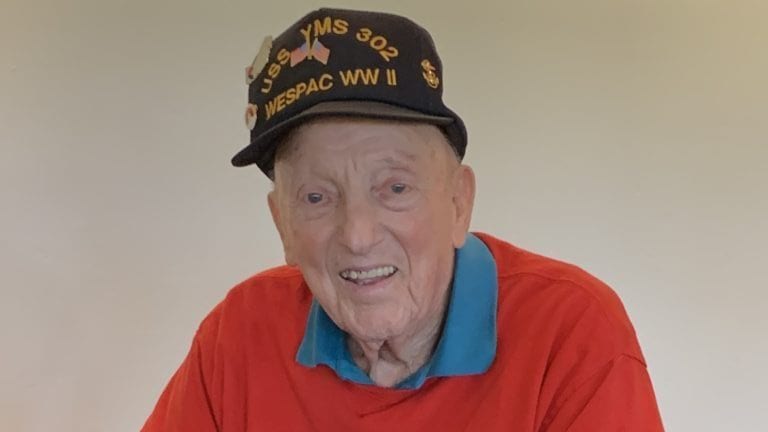 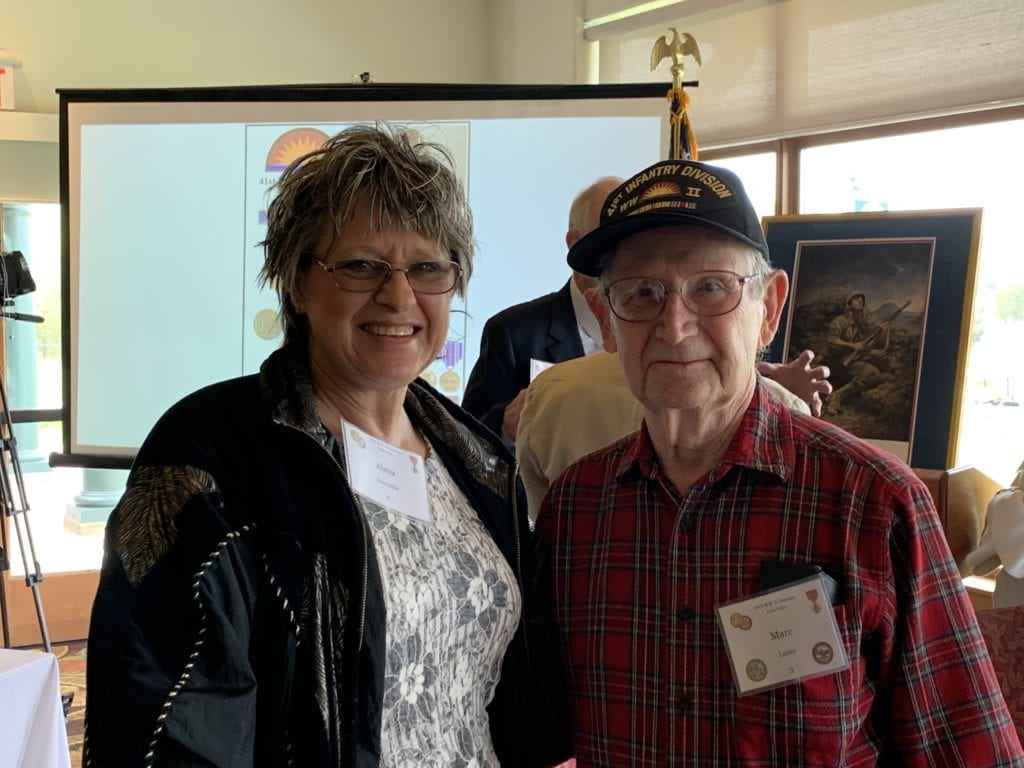 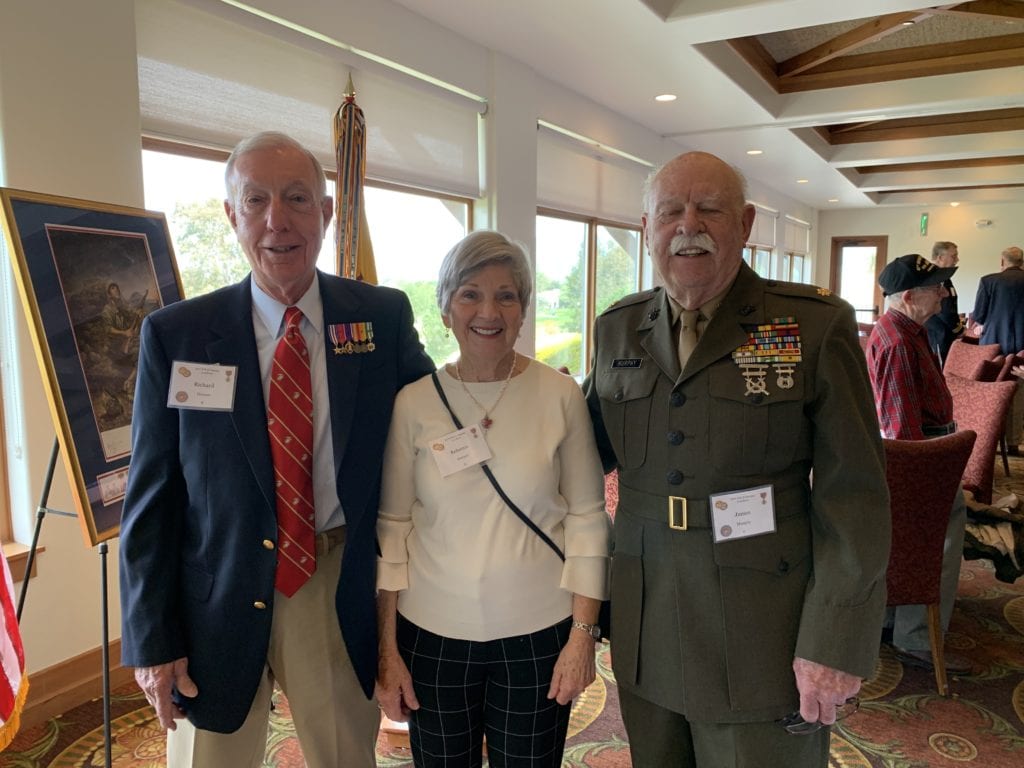 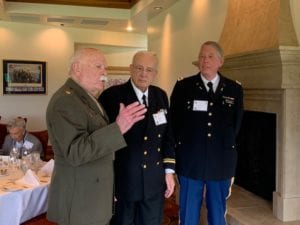 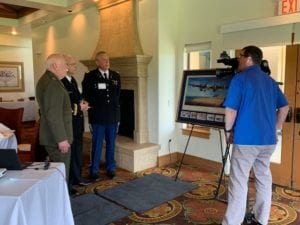