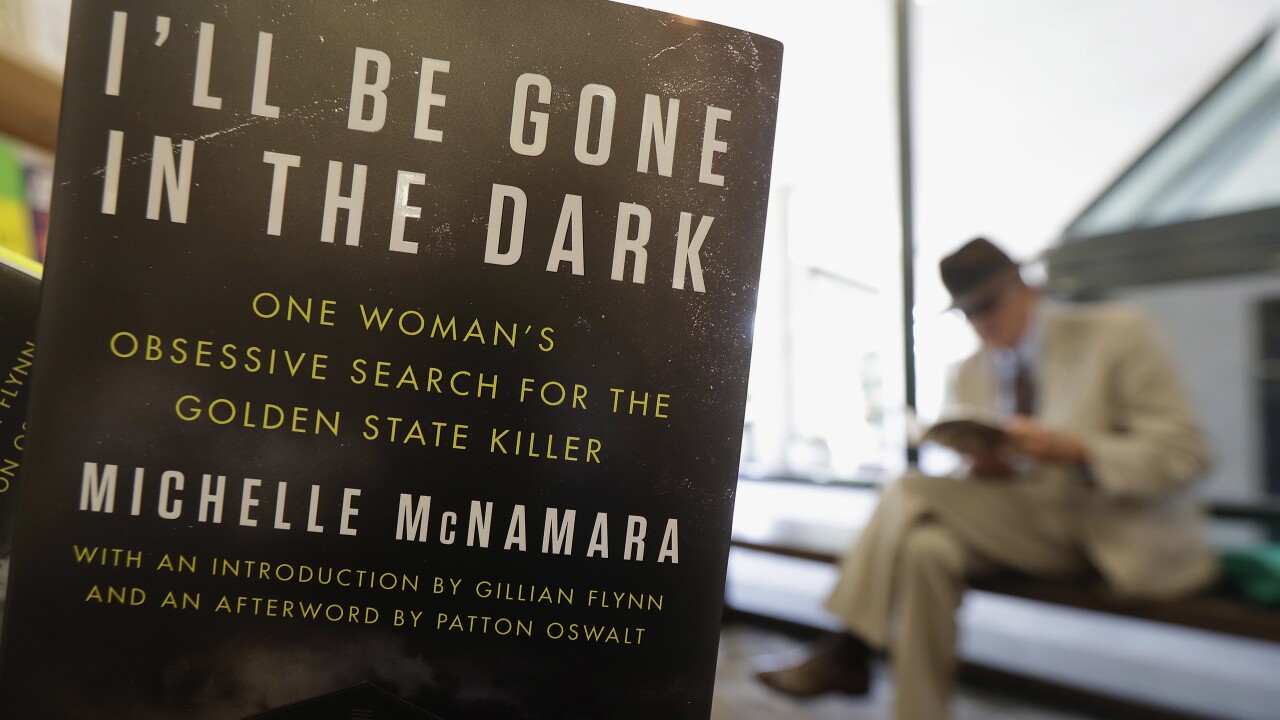 Copyright 2018 The Associated Press. All rights reserved.
Jeff Chiu/AP
This Wednesday, April 25, 2018 photo shows a copy of the book "I'll Be Gone in the Dark: One Woman's Obsessive Search for the Golden State Killer" by Michelle McNamara at a Books Inc. bookstore in San Francisco. California authorities say a man they suspect of being a serial killer tied to dozens of slayings and sexual assaults in the 1970s and '80s has been charged with murder. (AP Photo/Jeff Chiu)

Fans of true crime will get more than they bargain for this weekend, as HBO releases a six-part documentary series based on the book of the same name, I’ll Be Gone In The Dark.

The book written by Michelle McNamara follows the writer's own investigation into the suspected crimes and capture of Joseph DeAngelo, better known as the "Golden State Killer." DeAngelo was arrested on suspicion of at least 13 murders and more than 50 rapes across California in April 2018.

This series, airing Sunday on HBO, comes as DeAngelo pleads guilty Monday to dozens of crimes in return for being spared the death penalty.

But McNamara's writing doesn't just follow the facts and police reports that spanned over the 1970s and '80s as the Golden State Killer terrorized California. I'll Be Gone In The Dark outlines the true stories of victims as well as McNamara's own experience searching for answers.

On Sunday, HBO's event will share the detective story told in McNamara’s own words, through exclusive original recordings and excerpts from her book read by actor Amy Ryan.

Drawing on extensive archival footage and police files as well as exclusive new interviews with detectives, survivors and family members of the killer, the series weaves together a picture of a complex and flawed investigation that challenged police for decades.

The series is also a journey into the soul of McNamara, whose True Crime Diaries blog and years of relentless determination for justice for the victims helped keep the case alive and in the public eye, and who tragically died of an accidental overdose while writing her book.

HBO: I'll Be Gone In The Dark

McNamara would unfortunately never be able to see the results of her work come to fruition. She died in 2016, two years before Joseph DeAngelo would be arrested.

McNamara had already written a majority of her book but died before completing it. Her husband, the comedian Patton Oswalt, helped to finish the rest.

Watch the trailer for HBO's I'll Be Gone In The Dark here.

This story originally reported by Veronica Morley on turnto23.com.