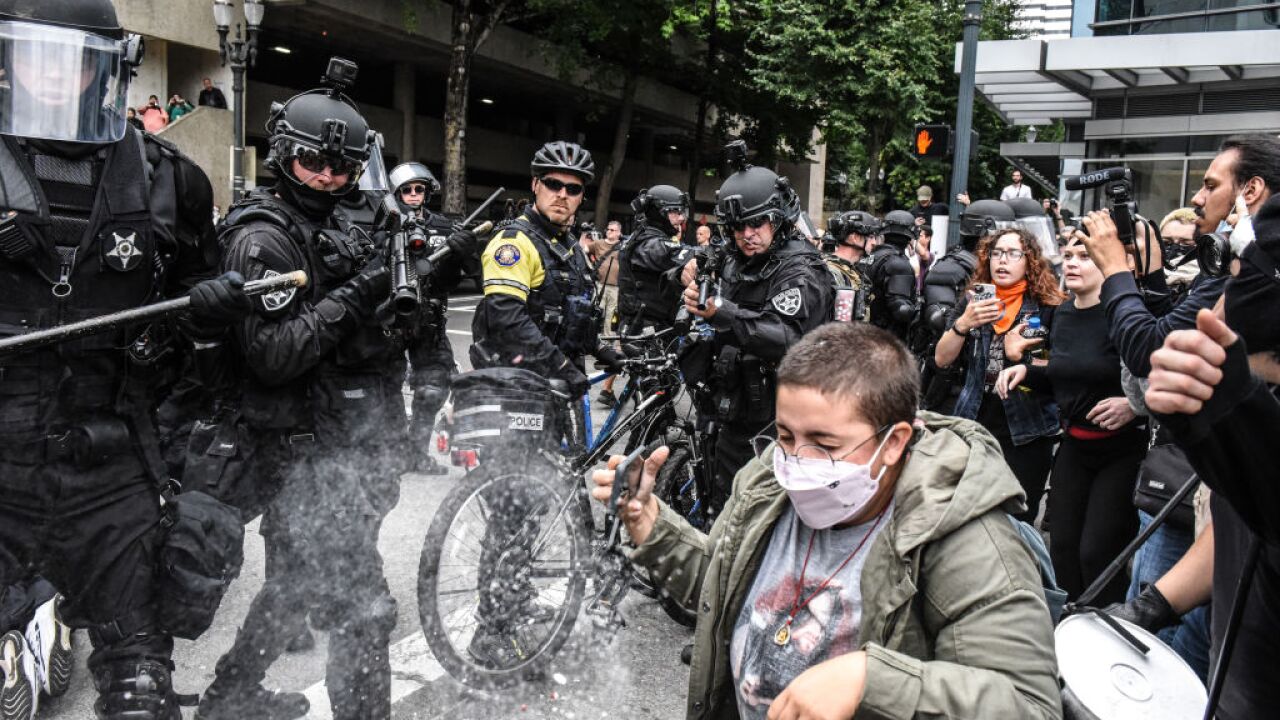 Police forced a couple hundred people away from the building shortly after they had arrived from a nearby park.

Since George Floyd was killed in Minneapolis, protests have occurred nightly in the city for more than 70 days.

A fire inside the union building Saturday night led authorities to declare a riot and force protesters away from the offices.

Many in the city had hoped for calm after federal agents sent by the Trump administration began to withdraw more than a week ago.