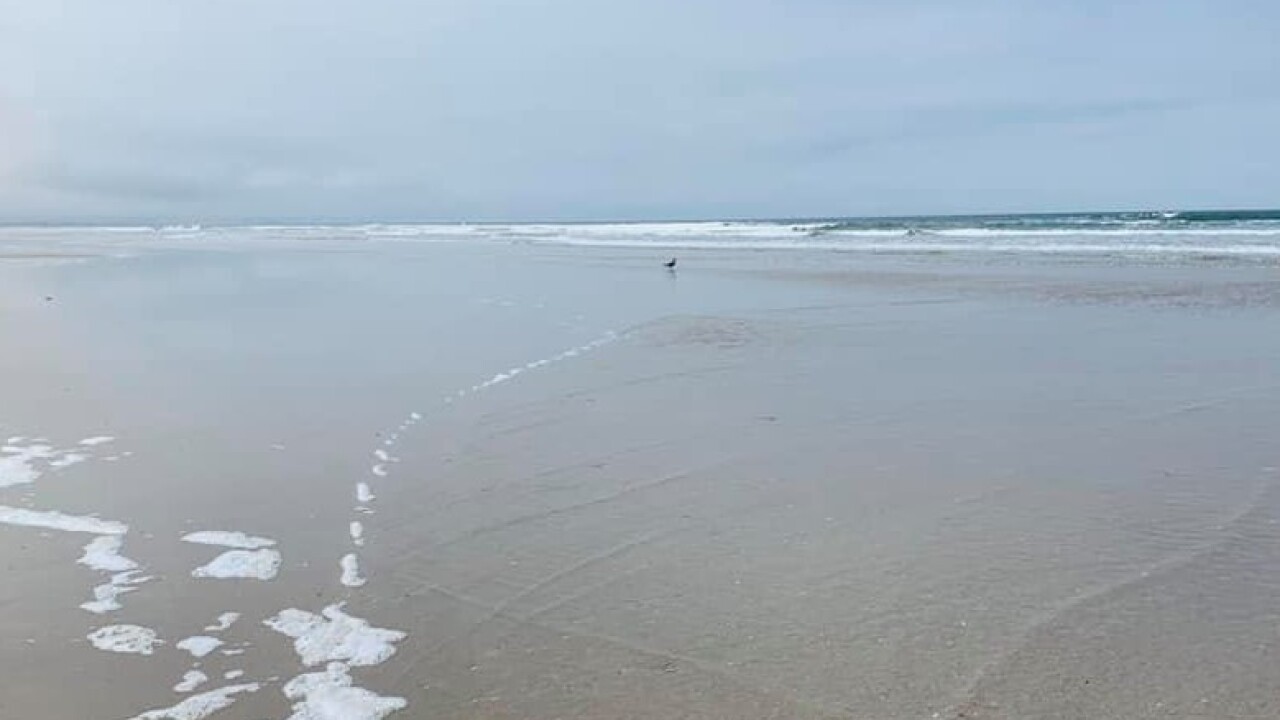 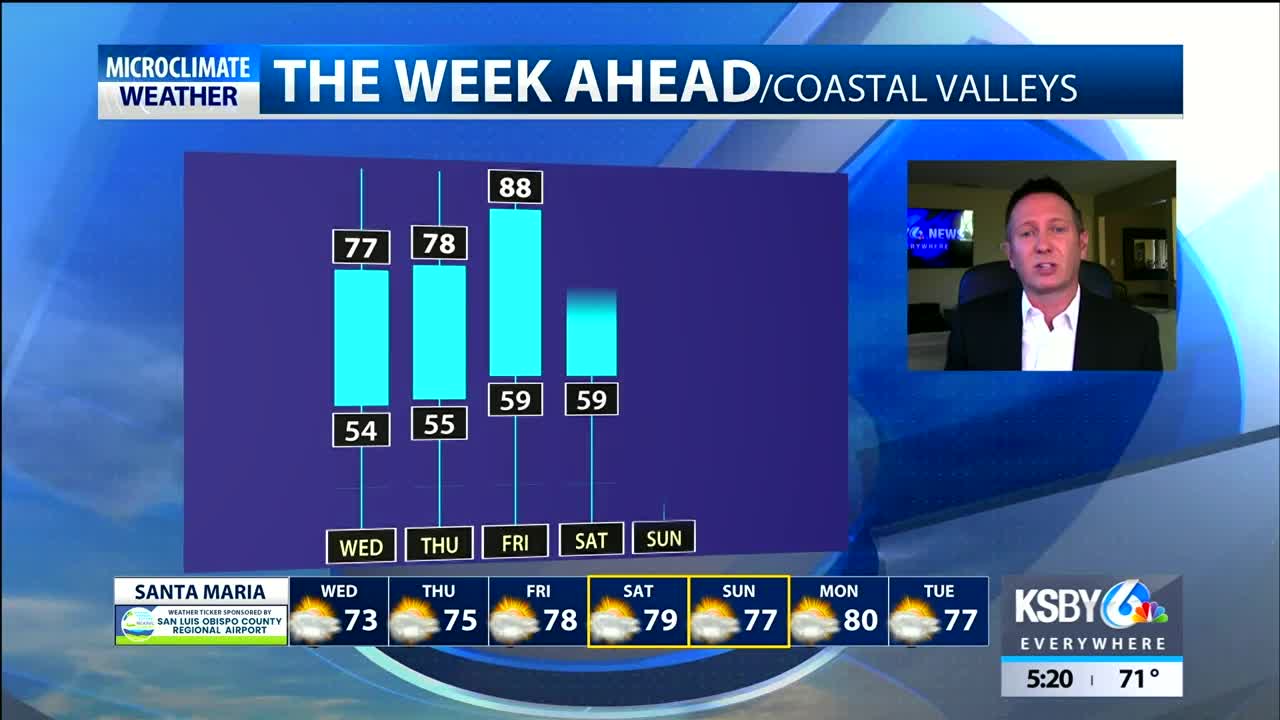 There were a lot of marine clouds this morning, even some of the interior saw some early but clouds cleared quickly for locations away from the beaches but the cloud deck hung on near the beaches for another return tonight.

This pattern is repeated again Wednesday into Thursday morning but our modeling is showing better mixing Thursday afternoon so skies will likely clear earlier. Friday and Saturday that same model is showing much less marine cloud cover and that is one of the several reasons temperatures will pick up.

The ridge backs into the area Thursday and by the weekend the axis of the ridge is over California promoting high pressure, a crunched marine layer and some offshore night and morning winds. All those factors argue for a much warmer forecast. Inland temps will be the most extreme in the 100-107 range Friday-Sunday.

Fortunately for the coastal valleys this is not an extended period of much above average temps with some cooling expected early next week , however the inland relief will be much more subtle with temps backing off into the mid 90s over the same time frame.

Note: this back-building ridge will likely create breezy to windy NW winds in the afternoons at beaches and coastal valleys Friday and Saturday. It should mean that peak temps don't last for extended periods of time, however wind sheltered locations will see warm conditions linger longer.