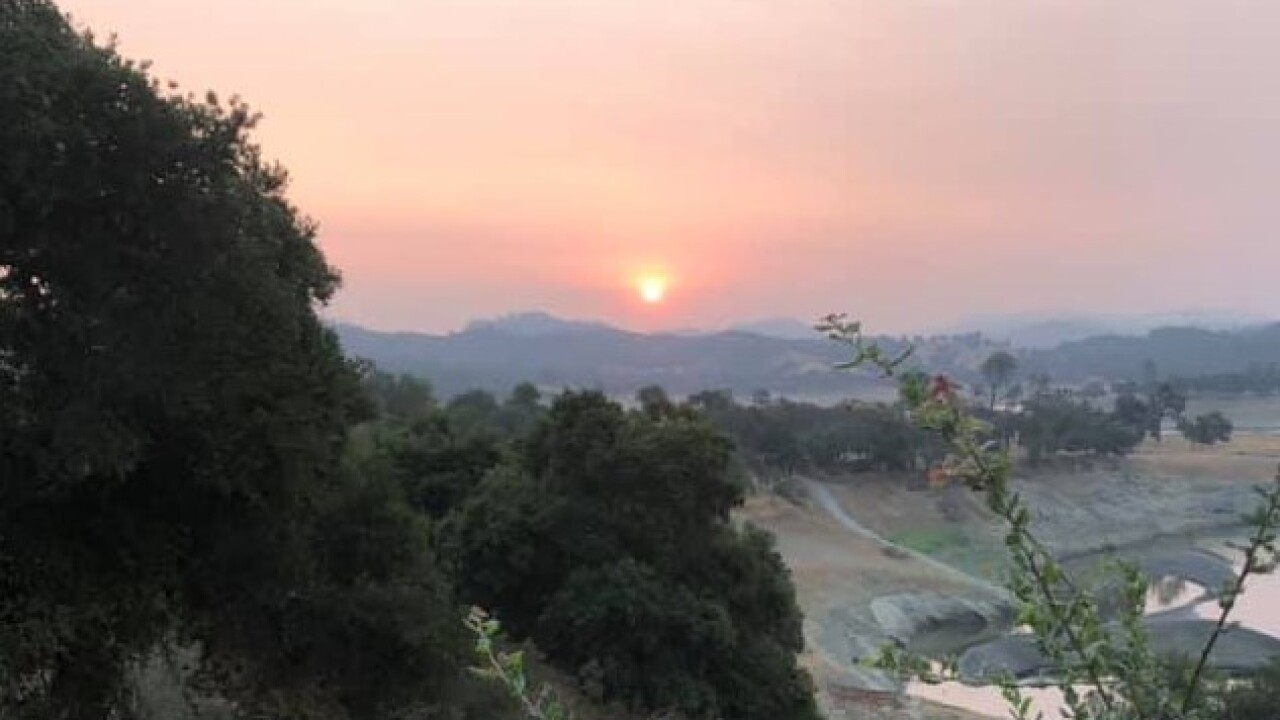 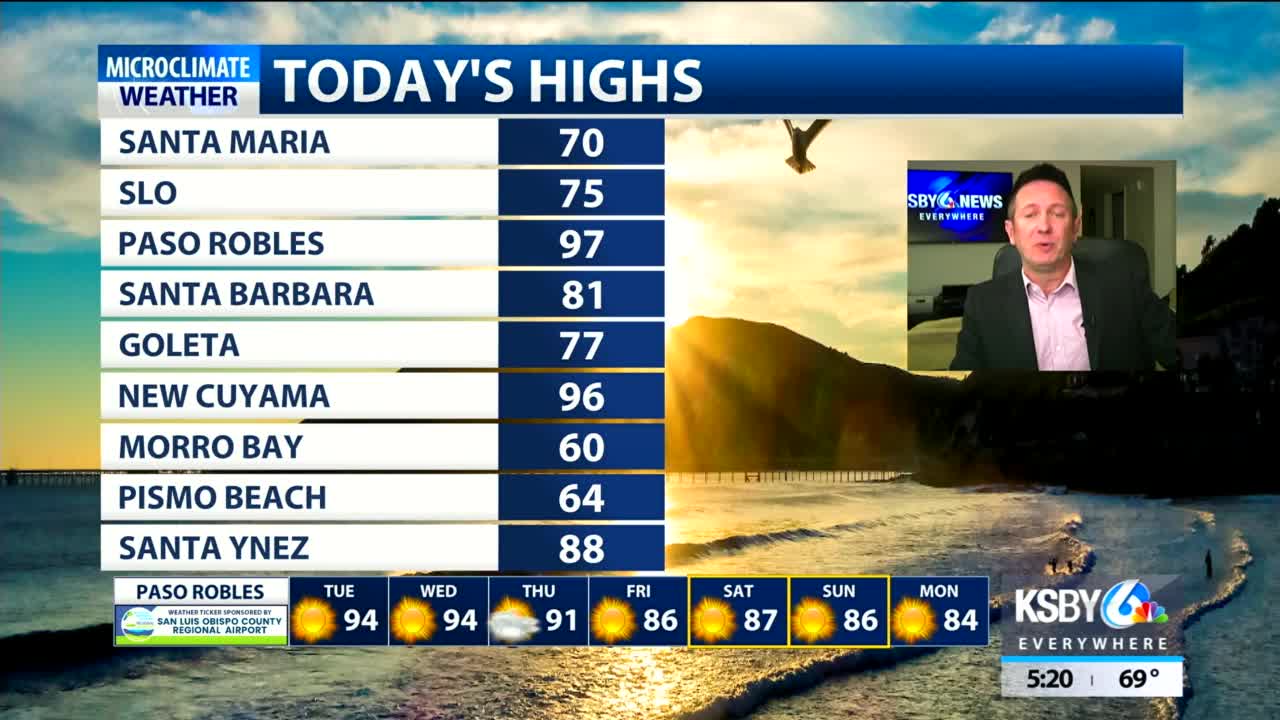 Inland temperatures today were in the mid to upper 90s. Those temps will back off maybe a few degrees over the next few days before a more significant drop late in the week and over the weekend. The reason for this is a ridge in the upper atmosphere will give way to an upper low passing thru the Pac NW. This low will sling a cold front across the area Wednesday. Initially this will crank up the winds from the NW and increase both high and low cloud cover but it should also help to reduce (thin) the amount of smoke in the area.

One reason the smoke is so pervasive is that some get trapped under a temperature inversion, well higher winds and cooler temps will impact that cap and should help. Additionally the NW wind vector plays a big role as the amount of smoke over the ocean is a lot less than that over the land.

Coastal temperatures look pretty steady during this change since significant marine influence was already a factor, but some mist and drizzle is possible with the night and morning marine clouds.

The higher winds Thursday into the weekend should result in faster coastal clearing.

Late in the weekend to early next week models are picking up some higher humidity from the sub-tropics, something to watch but likely a minor part of the forecast. Rain doesn't look likely.