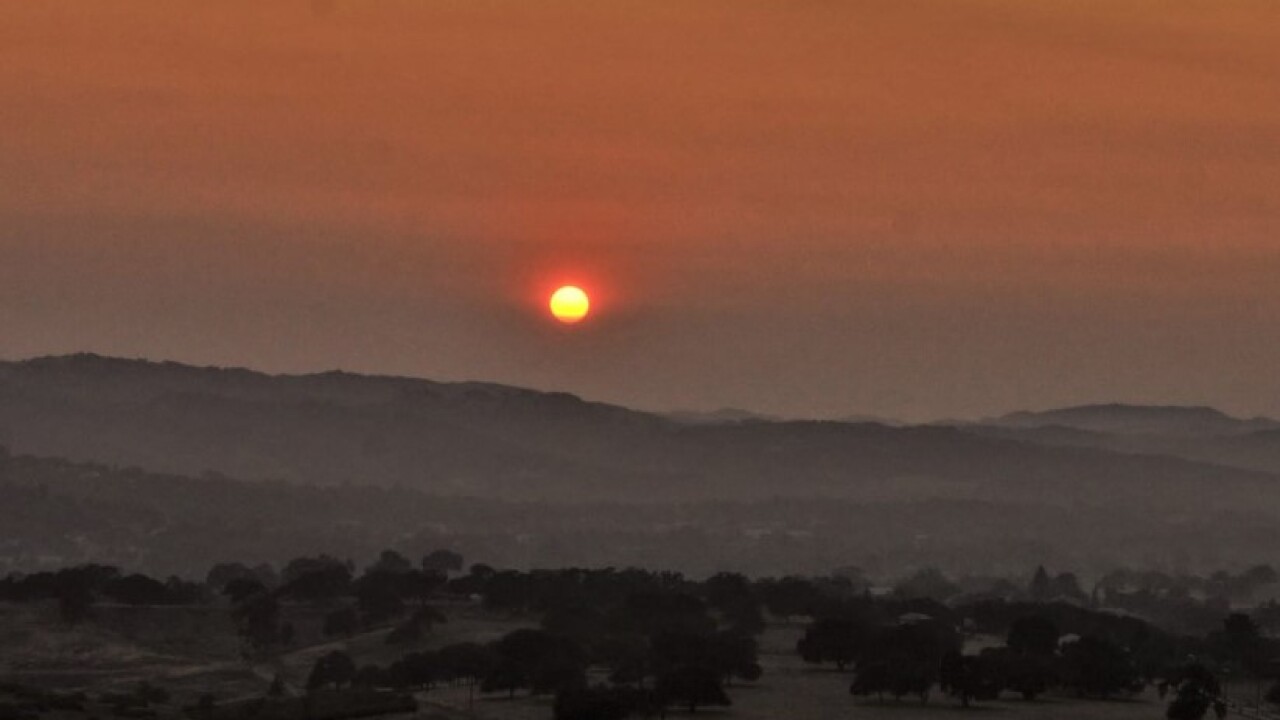 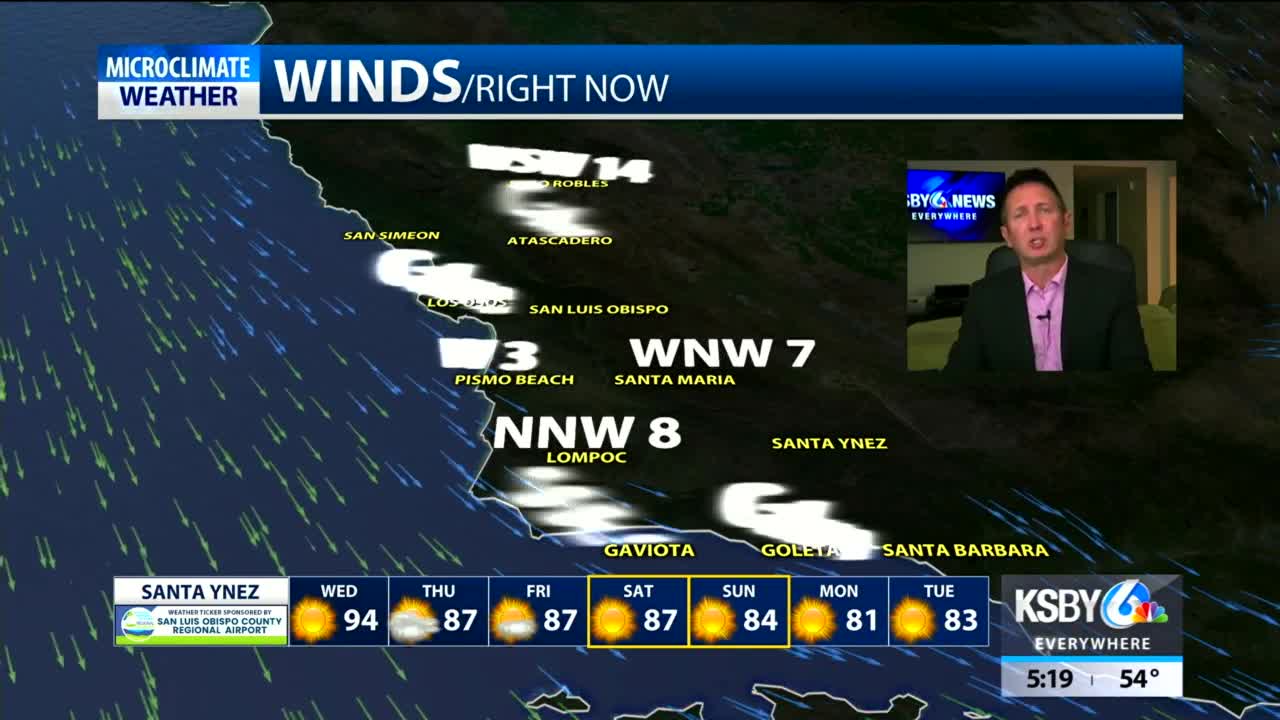 It was another day of smoke haze filtered sunshine around the Central Coast, still on the warmer than average side in the interior valleys.

The Central Coast is still sitting on the western edge of a ridge of high pressure. It is about the change. A trough and a cold front moves thru Thursday which will crank up the winds for the second half of the week, this will cool inland temps and help clear out coastal clouds a bit earlier each morning.

The higher winds will also help thin smoke, but higher winds and fires are also a potential complicating factor so let's hope we get the thinning of smoke without any new fires or flaring of existing fires.

Once temps come down locally we'll see mild temps into early next week.

Subtropical muggy air could arrive for the Central Coast on Sunday through Monday with variable mid to high-level clouds. Rain is not likely.