Crews got a handle on the flames within an hour of arriving on scene.

KSBY viewer Allen Belden posted this photo of the scene from his neighbor’s property. 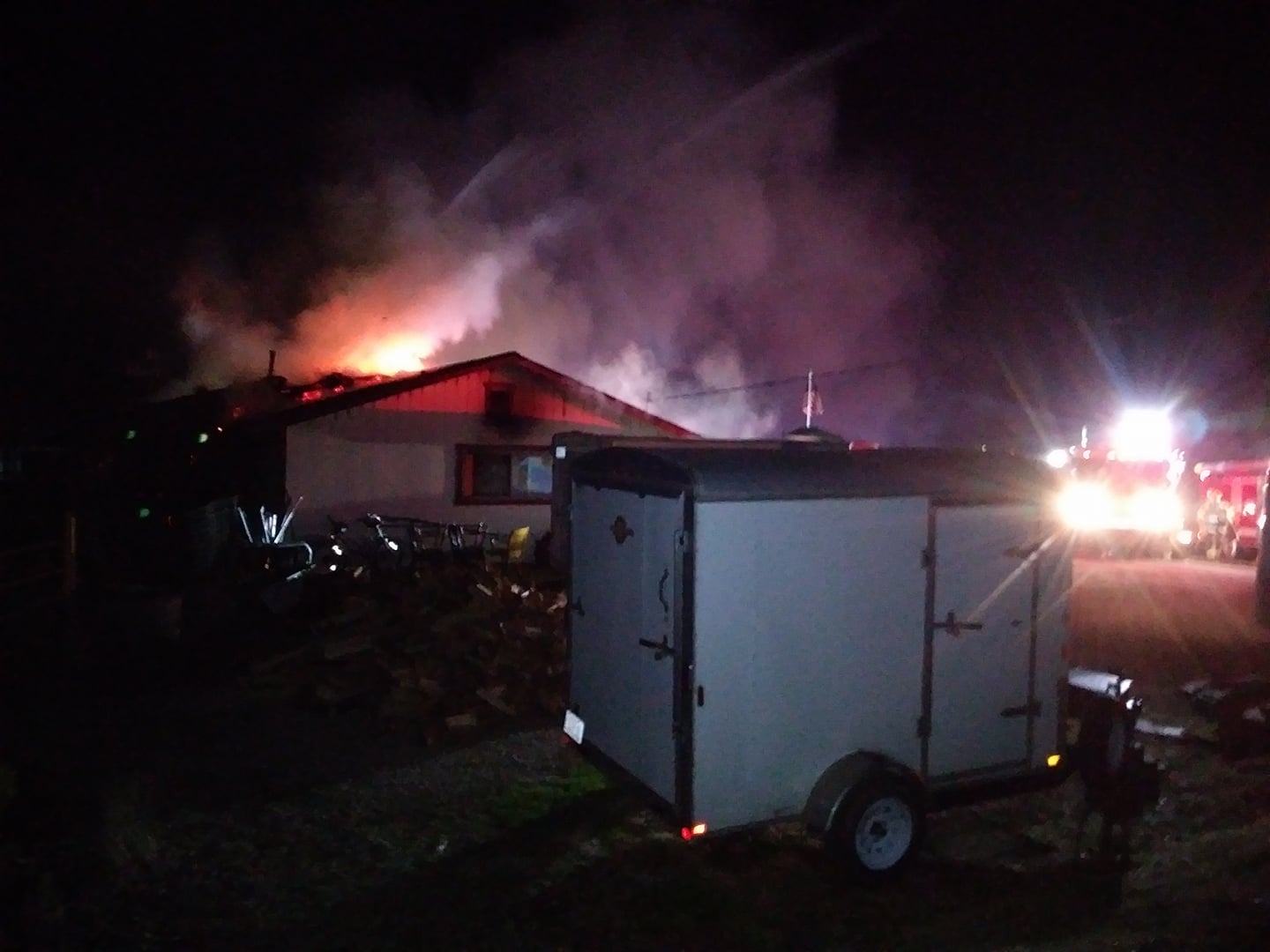 Fire officials say no one was home when the fire broke out.

Firefighters rescued two dogs and cat from the burning home.

The two residents are displaced tonight.

Firefighters will monitor the scene for several hours in case of flareups.

UPDATE (8 p.m.) – Firefighters have knocked down the house fire.

#silveradoic [update] crews have knockdown on the fire. Crews will remain at scene for a while

Firefighters are battling a structure fire east of Paso Robles.

CALFIRE SLO reports the fire in the 5800 block of Silverado Place.

Flames and smoke were seen coming from the roof when firefighters arrived on scene.

An engine from Paso Robles City Fire Department was also dispatched to the fire.

A KSBY crew is headed to the scene.