The smoke plume from a fire on Santa Cruz Island shortly after it broke out on March 27. (Photo courtesy Channel Islands National Park)

The fire that broke out Tuesday on Santa Cruz Island is now 60 percent contained, according to officials with the Channel Islands National Park.

The fire has reportedly burned 250 acres and one small non-historic outbuilding was destroyed.

Officials say the fire escaped from a prescribed pile burn that had been set earlier in the week and spread to nearby brush. It is burning mostly in tall grass and chaparral.

The entire isthmus area of the island remains closed to the public.

On Friday, the east side of the island, including Scorpion Valley and all locations west of the Montañon Ridge will be open. 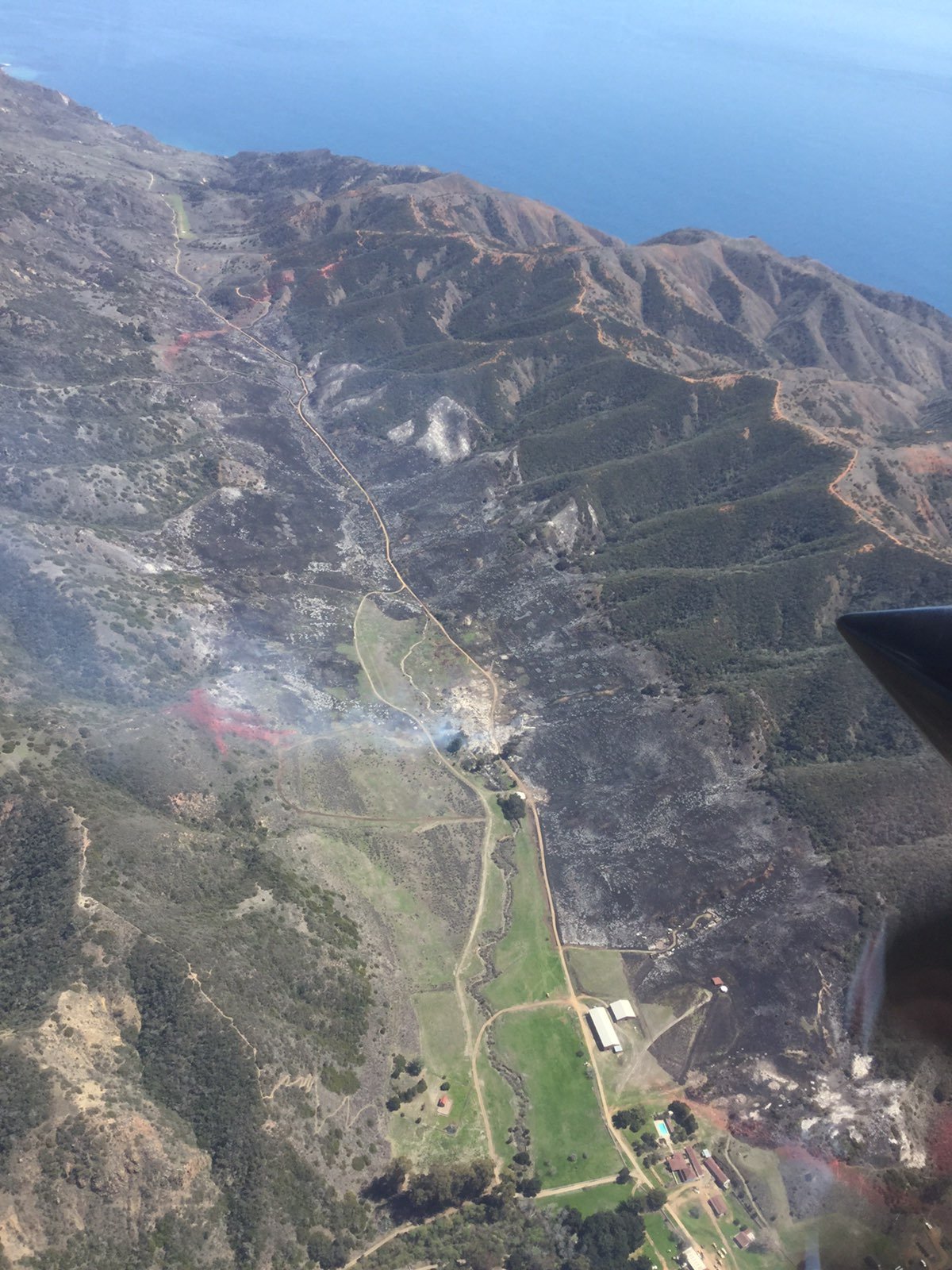