‘Day of Hope’ has new meaning for cancer fundraiser volunteer

The Central Coast is coming together this week for the annual "Day of Hope."

On Wednesday, April 11, hundreds of community members will fan out throughout Santa Maria, Lompoc, Santa Ynez, and Nipomo to sell $1 special edition newspapers. The money raised will benefit cancer patients at the Mission Hope Cancer Center in Santa Maria, helping to pay for things like travel expenses, gas, rent, utility bills, and other necessities.

One Orcutt woman, Janna Delma, has been raising money for years to help others fight cancer. Now, she’s finding herself on the receiving end.

"I’m thankful for Mission Hope," Delma said. "All the free services, the treatment, the care. The doctors are amazing."

Before Janna was diagnosed, she advocated for a cure for breast cancer. She even volunteered on the Day of Hope last year.

Just a few months later, she found out her annual mammogram showed cancer.

"I just remember the day that I got the call. To tell my daughter was really hard," Delma said. "I couldn’t get the words out, but she knew."

Janna’s daughter, Kimberly Troeger, has been her mother’s caretaker during the fight with breast cancer.

"You think, here’s this person who had been fighting for forever and trying to help find a cure, raising money, and then, of course, it picks her," Troeger said. "But that’s not supposed to happen that way."

"It’s different for sure because you empathize with those who have cancer," Delma said. "You say all of the right things and you do what you can for them, but when you go through it yourself, you realize its journey. It has highs and lows and the lows are really hard."

Janna’s mother also had breast cancer but neglected to get a mammogram. She wants to change that for other women.

"She didn’t have hope to stay here long, but we had a beautiful year-and-a-half," Delma said. "I just want others to get their tests. Don’t forfeit going because you don’t want to know. Try to get it in the early stage like I was able to get it, in Stage 1. I didn’t detect it, the mammogram did, so without that test and without me having my appointment on time, it could have been Stage 2, Stage 3."

Doctors in the breast care program see women blossoming through treatment. They call it the "gift of cancer."

"When they come in here, they walk in with fear and hopefully walk out with hope," said Dr. Monica Rocco, Surgical Director of the Breast Care Program at Mission Hope Cancer Center. "I love the name of our cancer center, Mission Hope. Patients say, ‘This was the best thing that ever happened to me. I have gained strength, friends and have learned to look at life completely differently.’ They have learned to live life one day at a time." 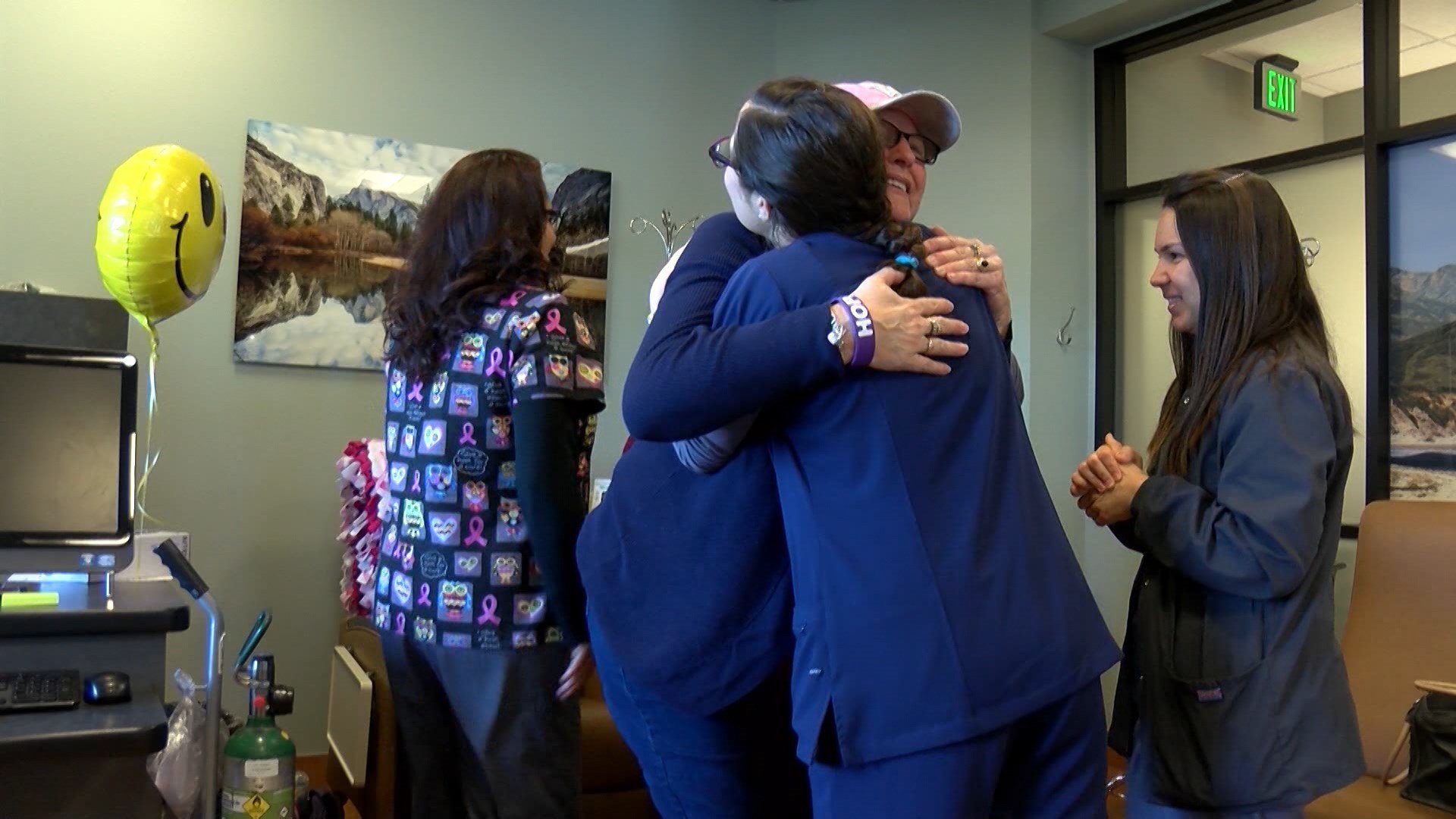 Janna Delman receives hugs from her nurses on her last day of chemotherapy. (KSBY photo)

Doctors say women should have a mammogram done every year starting at the age of 40. However, if someone in your family previously had cancer, then you should begin screening ten years before the age they were diagnosed.