Dad fatally stabbed as daughter sat in lap at restaurant

LOS ANGELES (AP) – A homeless man was charged Friday with murder in the random attack of a California father who was stabbed in the neck as his 5-year-old daughter sat in his lap in a crowded beachside steakhouse.

Jamal Jackson, 49, was charged with premeditated, first-degree murder in the death of 35-year-old Anthony Mele.

Jackson was being held in Ventura County jail on a $1.5 million bail. It’s unclear if he has an attorney to speak on his behalf.

Mele and his wife were eating dinner with their daughter Wednesday night at Aloha Steakhouse in Ventura. The girl was sitting in her father’s lap when prosecutors say Jackson walked up and stabbed Mele in the neck.

Prosecutor Richard Simon said patrons and a restaurant employee followed Jackson out of the restaurant, even though he was still brandishing the knife. They kept track of him until police arrived and arrested him.

Mele was taken to a hospital and died Thursday after being taken off life support. 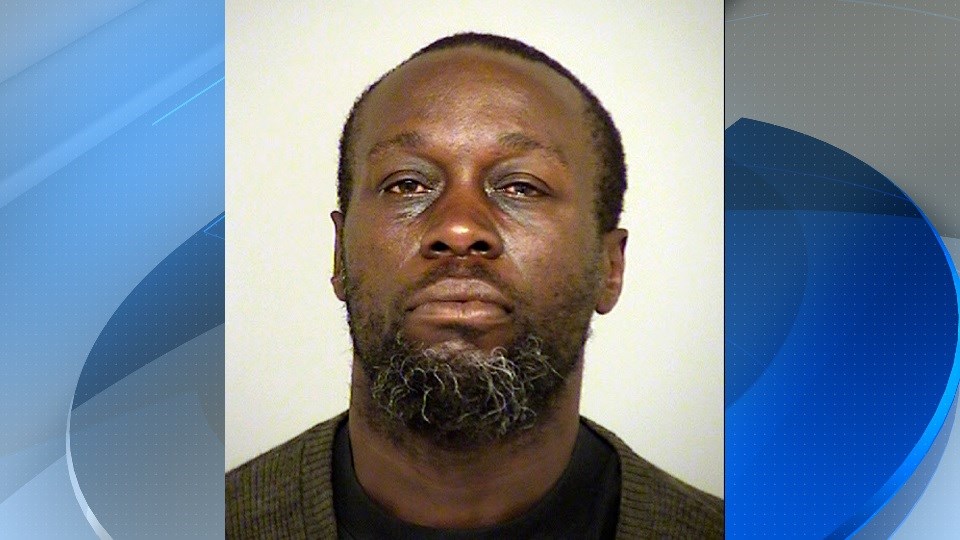 This undated photo provided by the Ventura County District Attorney’s Office shows Jamal Jackson. The homeless man has been charged with murder in a random stabbing attack in which a man was killed while he was sitting down to dinner with his wife and child at a beachside steakhouse in Southern California restaurant. (Ventura County District Attorney’s Office via AP)

"It’s horrible," Simon said. "You don’t think you’re going to be killed when you go out to dinner at a nice restaurant with your family and you didn’t do anything."

Simon said the two men had not interacted before the attack.

"He was just sitting there with his daughter in his lap," Simon said. "You’re not supposed to die that way."

Mele’s loved ones started a GoFundMe page to help raise money for a funeral and to support his wife and daughter.

"Anthony was a wonderful father to his young daughter, loving husband, son and brother," wrote the organizer of the page, Morgan Gutierrez. "Our hearts are severely broken for his daughter and family."

Mele’s Facebook page said he was a manager at an AT&T store and was filled with photos of his daughter.

If convicted, Jackson faces up to 55 years in prison.

Copyright 2018 The Associated Press. All rights reserved. This material may not be published, broadcast, rewritten or redistributed.