The wife of a mentally ill man who died in the San Luis Obispo County jail last November is now seeking damages from Sheriff Ian Parkinson, County Health and other local officials.

Margo Benson-Hammer claims her husband died wrongfully because of poor treatment in the jail.

Benson-Hammer’s claim was filed Friday and states her husband, 62-year-old Russell Alan Hammer of Hanford, did not receive the mental health treatment he needed. 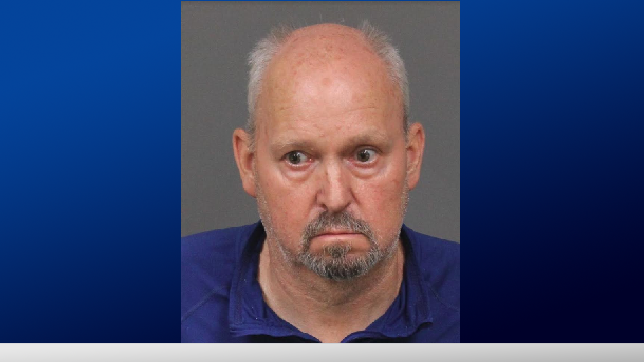 San Luis Obispo County officials have not released a statement in response to Benson-Hammer’s claim.

Hammer was booked into jail on Nov. 6, 2017, accused of stabbing his wife in a Morro Bay RV park.

On Nov. 27, 2017, Hammer told a correctional deputy at the jail he was not feeling well. While medical personnel were in the process of taking Hammer to the medical unit, he suddenly lost consciousness and died.

An autopsy report found Hammer died of natural causes. The coroner’s report stated he died of a pulmonary embolism due to deep vein thrombosis in his left calf.

Hammer’s death was the twelfth at the jail since 2012. Some of the deaths prompted an FBI investigation, most notably, the Andrew Holland case.

Now, the attorney for the Holland family, Paula Canny, is representing Hammer’s wife in her claim.

Canny provided KSBY News with a copy of her client’s claim.

Benson-Hammer alleges in the claim Morro Bay police officers and Sheriff’s deputies should have known her husband was "experiencing a mental health crisis" and he should have been given treatment through county mental health.

Benson-Hammer says Hammer was "hearing voices telling him to stab his wife." Doctors who assessed him at Sierra Vista Regional Medical Center determined he suffered from psychosis and dementia.

When Hammer was booked into SLO County jail, he was placed in a solitary cell and was not given his necessary medications, according to the claim.

Despite his feeble mental and physical health, Hammer was returned to the jail on Nov. 10, 2017.