The planet Mars is getting a physical and Vandenberg Air Force Base is sending the rover that will examine it.

NASA’s Mars mission, InSight, is the first launch to another planet from the West Coast. It’s slated to take off from Vandenberg Air Force Base as soon as this May. An Atlas V rocket will be carrying a Martian rover dedicated to studying questions surrounding the interior makeup of Mars, as well as the planet’s tectonic activity. 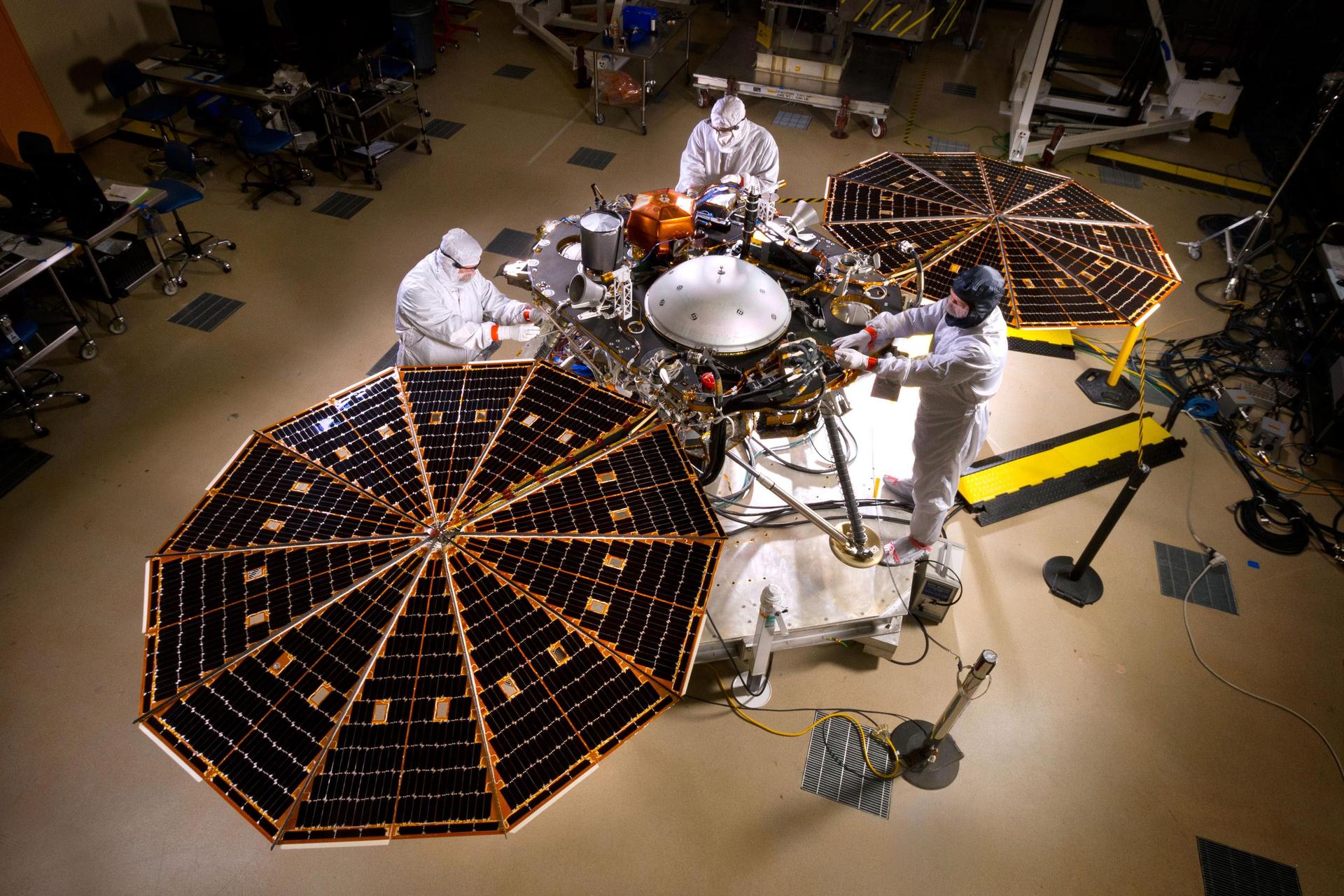 The solar arrays on NASA’s InSight lander are deployed in this test inside a clean room at Lockheed Martin Space Systems, Denver. This configuration is how the spacecraft will look on the surface of Mars. (Credit: NASA/JPL-Caltech/Lockheed Martin)

Mars is an interesting planet for NASA researchers. It is one third the size of Earth and Venus but still considered to be in the “sweet spot” to sustain life. In the past decade, scientists have discovered frozen water under the Martian surface, as well as evidence of rivers and lakes, formed millions of years ago. Mars has also been theorized to have microbiological life living under the surface.

The similar history of Mars and Earth explains why it is the most studied planet in the solar system. There have been more than 44 attempted missions from multiple space agencies around the world.

The last American mission to the red planet was in 2013 when NASA sent an orbiter to study the Martian atmosphere. The United States’ last rover was sent in 2011, making InSight the first surface mission in more than five years.

InSight has two goals: understand the formation and evolution of Mars and determine the level of tectonic activity. NASA will take the planet’s pulse, temperature, and check its reflexes. Scientists will use a seismometer to measure waves traveling through the Martian interior to help determine if Mars has any tectonic activity. They will use a heat probe to dig deeper into the surface to understand how much heat Mars emits.

Scientists will compare the data InSight collects with Earth and possibly discover if the two planets are made out of the same elements.

Finally, the rover will have two radio antennas that will measure the wobble of Mars. This may shed more light on how the red planet’s interior affects its motion. 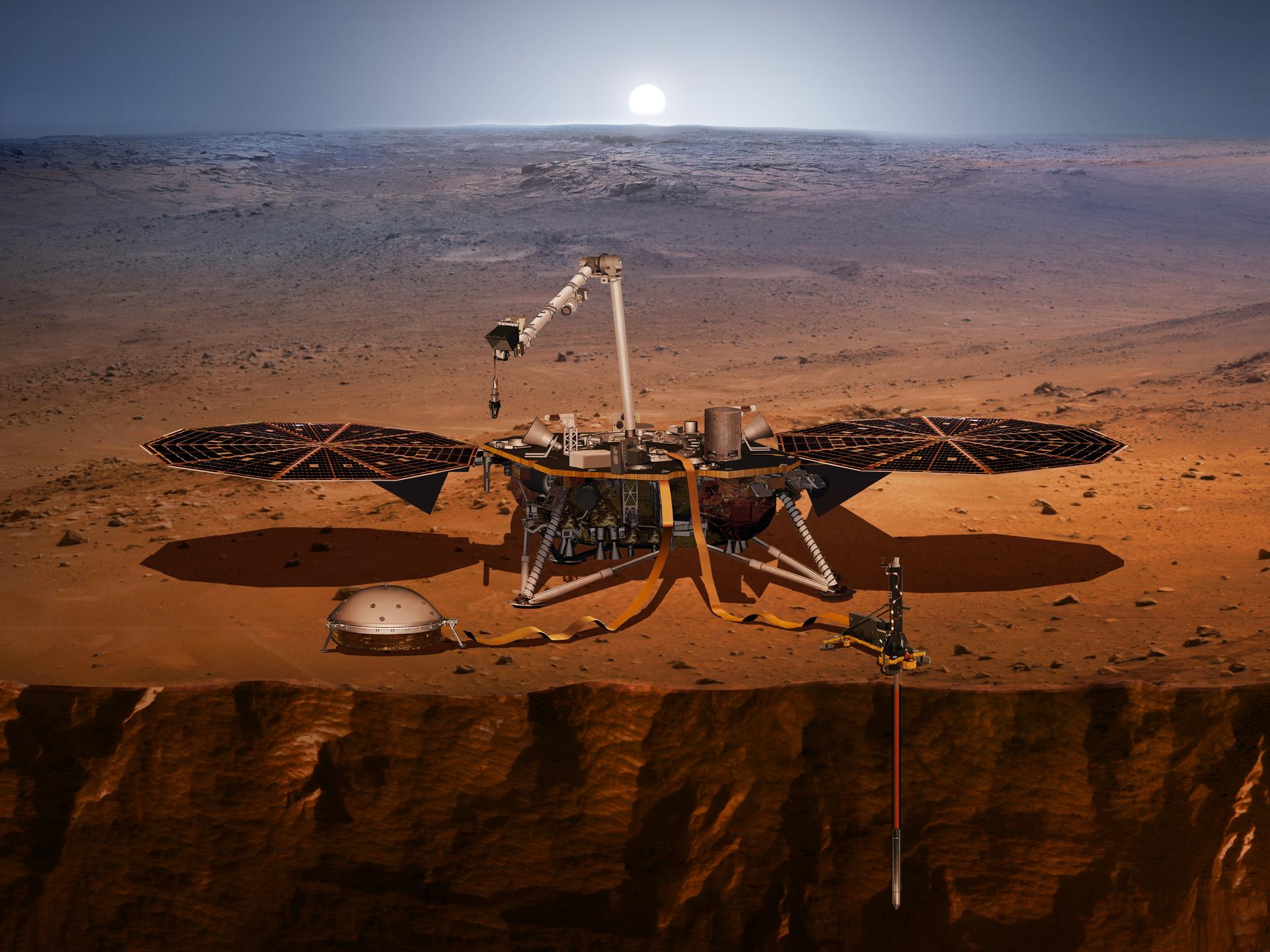 The data gathered will help researchers understand the formation of the universe and the solar system. Mars is seen as a time capsule of the ancient celestial past. The whole mission will take 708 Mars days, or about two Earth years.

Most major NASA launches take off from Kennedy Space Center in Cape Canaveral, Florida. Sending rockets east over the Atlantic Ocean gives them extra momentum due to Earth’s eastward rotation. However, the Atlas V’s engine boosters are powerful enough to be launched without the planet’s help.

Because of its southerly direction, people will be able to see the launch from at least Santa Maria to San Diego. The last major launch with a similar path was a SpaceX rocket in December 2017. This launch was seen throughout Southern California.

A crane lifts a United Launch Alliance Atlas V booster at Space Launch Complex 3 at Vandenberg Air Force Base. The rocket will launch the InSight rover on its mission to Mars. (Credit: NASA)

In the meantime, the Central Coast will be the epicenter of the InSight mission until the rocket takes off. NASA is on an educational tour around California, giving talks and presentations at museums and universities. The “InSight Mars Roadshow,” is making stops in San Luis Obispo, Santa Maria, Lompoc and Santa Barbara. Attendees can learn more about the mission and space exploration.

Click here for additional details on the Mars Roadshow. 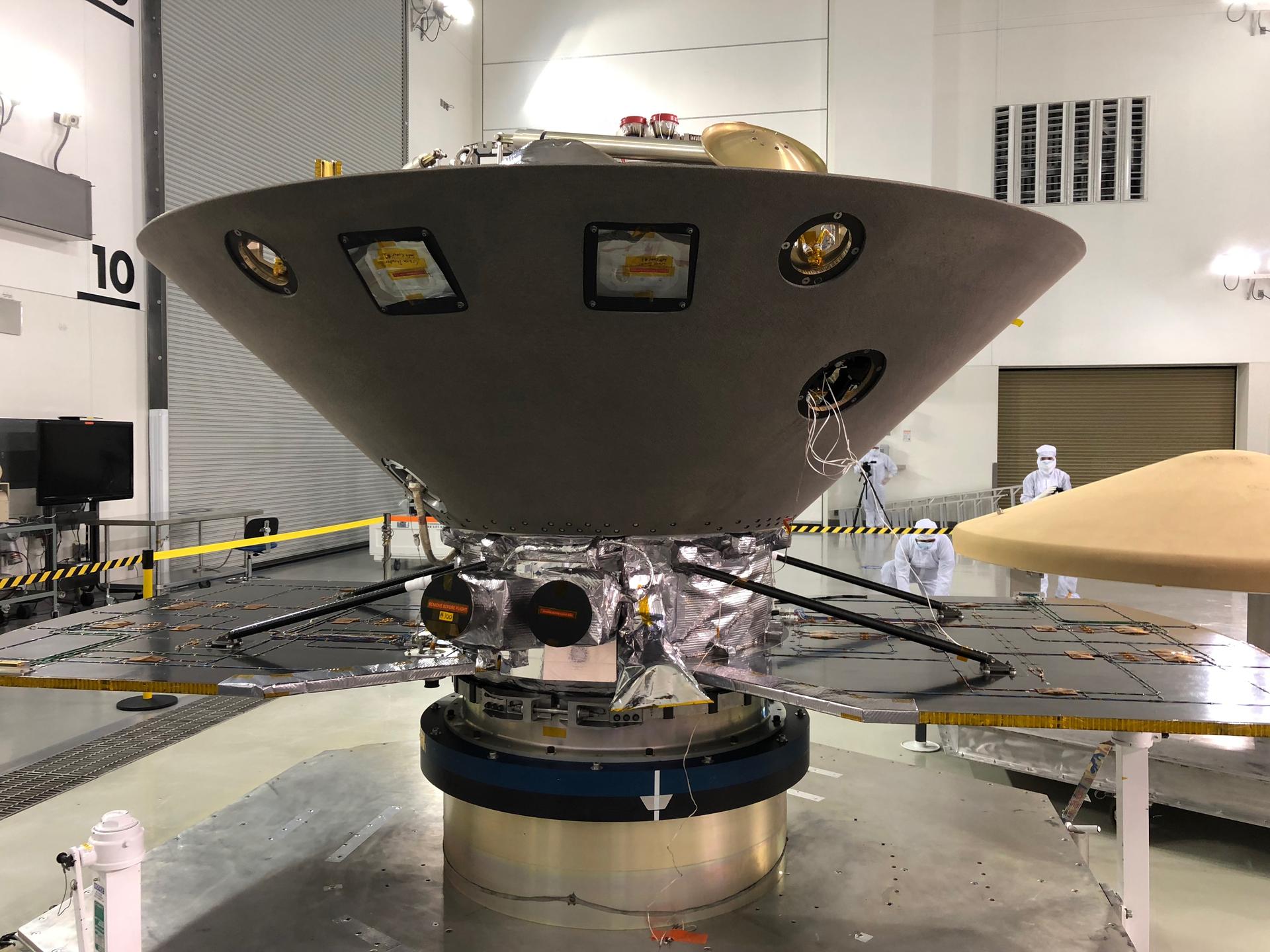 InSight undergoes final preparations at Vandenberg Air Force Base ahead of its launch. (Credit: NASA/JPL-Caltech)

On the morning of the launch, there will be multiple viewing locations around Lompoc. For the first time, the Lompoc City Airport will open its runway at 2:30 a.m. for spectators. St. Mary’s Episcopal Church, located at 2800 Harris Grade Road in Lompoc, will also welcome visitors starting at 2:30 a.m. to view the launch and meet with NASA/InSight mission team members.

Click on the map below for additional viewing locations:

After taking off from California, it will take more than six months for InSight to travel to the red planet. It’s expected to land on Nov. 26, 2018, in the Elysium Planitia, a heavily volcanic region of Mars. 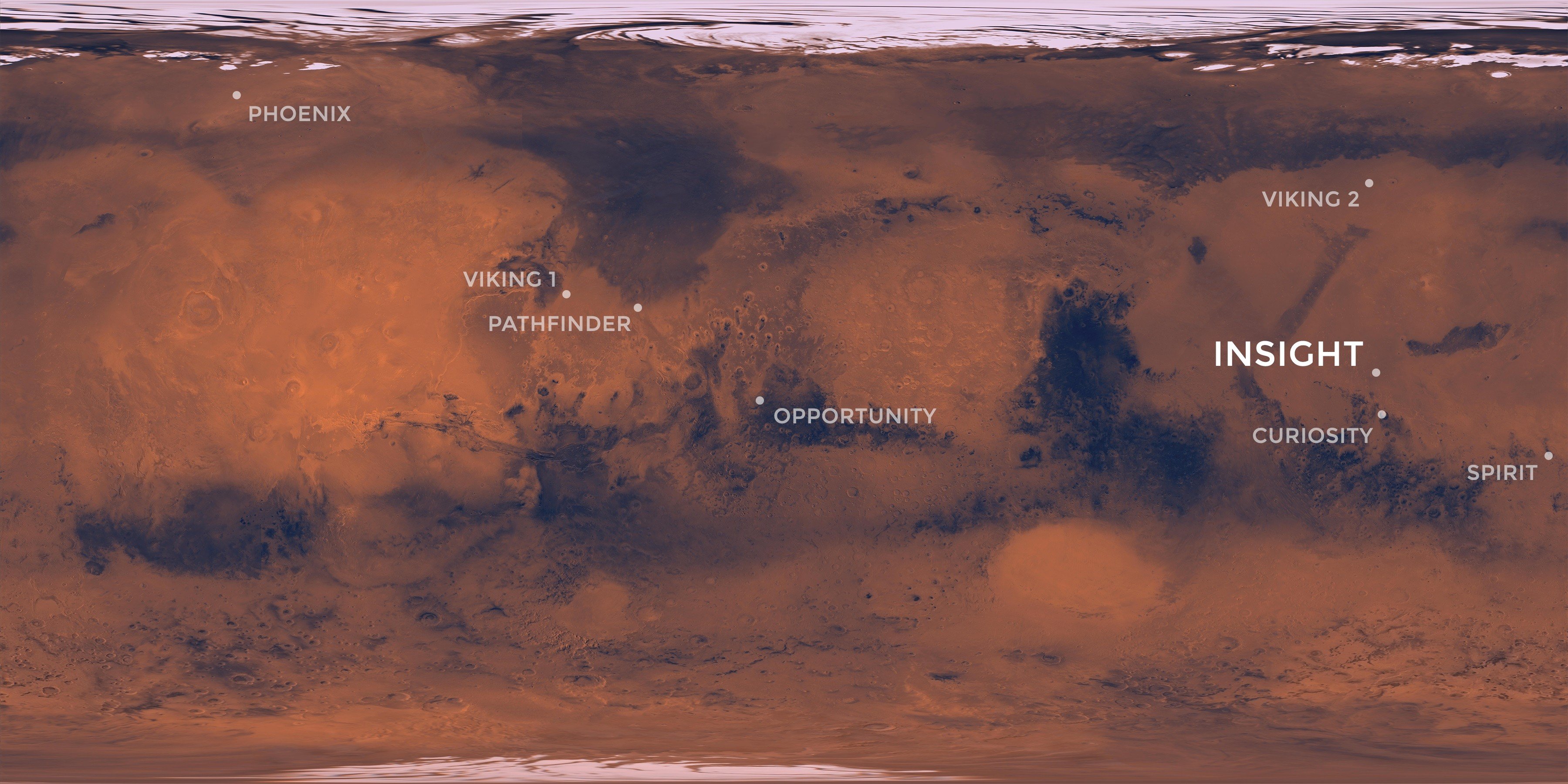 Elysium Planitia, a flat-smooth plain just north of the equator makes for the perfect location from which to study the deep Martian interior. The locations of other Mars landers and rovers are labeled. (Credit: NASA/JPL-Caltech)