A local staple that’s been shuttered for the last year will reopen this weekend.

It was once a bustling stagecoach stop with a general store, blacksmith shop, school and several bars.

Aside from a handful of rural residences, the Pozo Saloon is the only remaining relic of Pozo’s turn-of-the-century heyday. 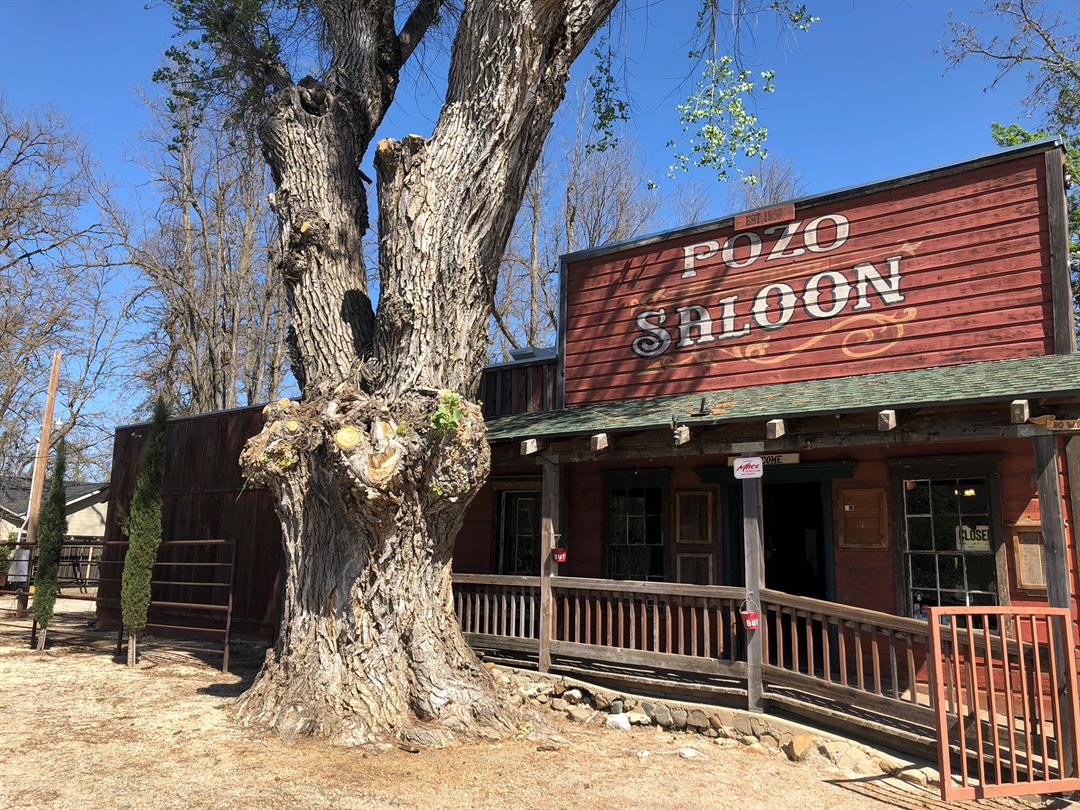 Walk into the Pozo Saloon and take a step back 160 years in time.

It was established in 1858. The saloon’s interior reflects Pozo’s rich history of cowboys, country barbeque and good music. 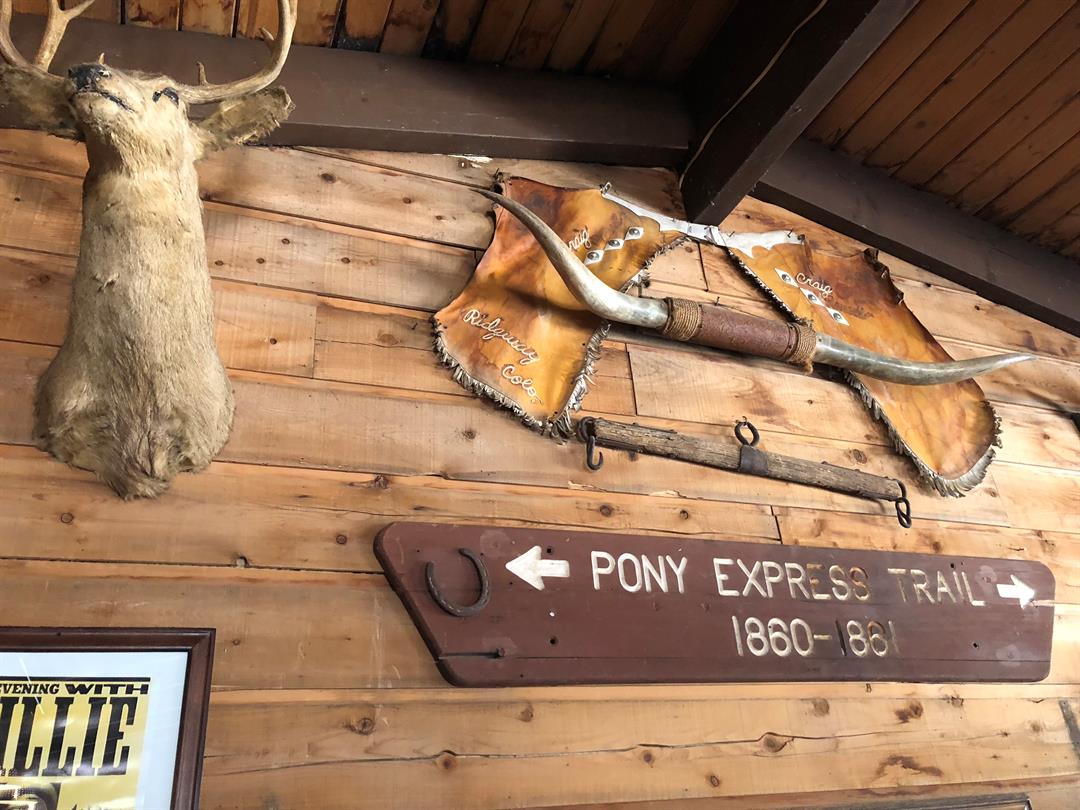 Bob Righetti and Albert Kelley are considered the godfathers of the Pozo Saloon. They grew up in Pozo and still live there today.

Righetti moved to Pozo from Santa Maria when he was four-year-old.

“”They had a dance hall here and my parents would bring us up here. They would dance and we would crawl up on a bale of hay and go to sleep,” Righetti said. “It was a community place.”

Kelley brings his grandkids to the Saloon and shares stories of when he was their age.

“There was a big pool table and one of the other kids in town here and I used to sneak in here and play pool on this thing until we got caught,” Kelley said.

Dusty memories are coming back into focus, as the old watering hole gets ready to welcome guests back in.

“We’re planning to reopen May 5,” said Dean Marchant. He is the new owner of the Pozo Saloon.

Marchant is working on renovations while preserving the rustic, rural feel.

“The support the town of Pozo, Santa Margarita and folks all around San Luis Obispo have been so remarkably supportive and forgiving.” Marchant said. “I just want to tell everybody I appreciate it.”

When you walk into the saloon, your attention is immediately drawn upward to the dozens of dollar bills tacked to the ceiling. 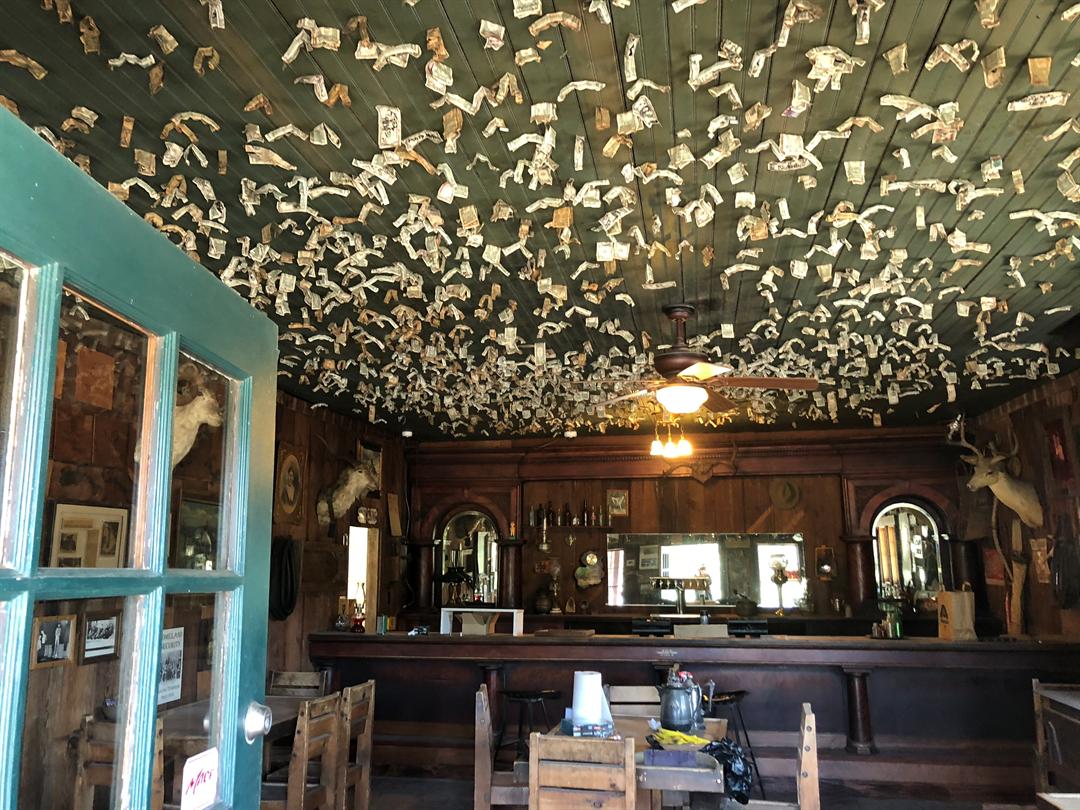 Righetti says the dollar bills on the ceiling have been there as long as he can remember.

“You took a dollar bill and you put a 50 cent piece in there and folded it up and threw it up and then the 50 cent piece would fall out,” Righetti said. “When they did away with 50 cent pieces it was harder to get them to stick up there but they were putting a couple quarters in there to get that done.”

“We wrote our names in [on the dollar bills] and the year and flicked them up there, so somewhere, mine is up there,” said Righetti.

The Pozo Saloon’s previous owners, Levi and Rhonda Beanway, suddenly gave it up in April 2017 due to personal health issues after more than 30 years of running the place.

When the Beanways stepped down, Marchant stepped in.

“I knew the Pozo Saloon was important. I didn’t understand how important it was until I was spending almost every day here for the last three and a half months,” Marchant said. “It is important to these people around here.”

In recent years, the Pozo Saloon was the site of popular music festivals and concerts like Pozo Stampede and Higher Grounds.

Kelley is among the locals who would prefer that concerts do not return to the Pozo Saloon with its reopening.

“When they were having those big concerts, there were too many wrecks out here,” Kelley said.

However, many others are wondering if and when the concerts will happen.

“Yes, we have to have concerts but it needs to be safe,” said Marchant. “They need to be sometime in the future.”

For now, Pozo residents are just grateful to see their old saloon come back to life.

“I’d like to see it back like it used to be where you could come in here, sit down, eat a burger and you could go out on the back deck and maybe there’d be a guy out there playing a guitar, singing,” Kelley said.

“[Dean Marchant] trying to get it back to the way it used to be and looking at what he has done is amazing,” said Righetti. “They have done a beautiful job.”

The Pozo Saloon’s grand opening celebration is Saturday, May 5 from 11 a.m. to 8 p.m.

Everyone is invited to celebrate Cinco de Mayo Pozo-style with live barbecue, local beer and wine, plus live music and entertainment.

Going forward, the Pozo Saloon will be open Fridays, Saturdays and Sundays for dinner service. Marchant hopes to add afternoon hours and possibly open on Thursdays as well.