If you’ve visited the Village of Arroyo Grande recently, you may have noticed fewer of the feathered residents that call the creek area home.

There was no foul play in their disappearance. Rather, some of the 55 roosters who had come to reside in the Village have been relocated to "Olde Towne" Nipomo with the help of some local volunteers.

Thirty-four birds were moved to a pen with food and water at the corner of Tefft and Carillo streets. After about a week, some were moved to the Dana Adobe Cultural Center and the Frederick Law Firm down the street, while others stayed in the area where the pen is located.

Some neighbors in Nipomo aren’t too happy with the new Olde Towne residents.

"We do what we can. I think everybody, most people love animals. Some people probably don’t love roosters at 4:00 in the morning and I understand that but like I said, we’re trying to shuffle them around to where we can find a mutually beneficial solution for everybody," Malvarose said.

Malvarose says the rooster overpopulation problem in the Village may have started with people dumping unwanted birds in the creek. He says, rather than abandoning unwanted roosters, take them to the county animal shelter. 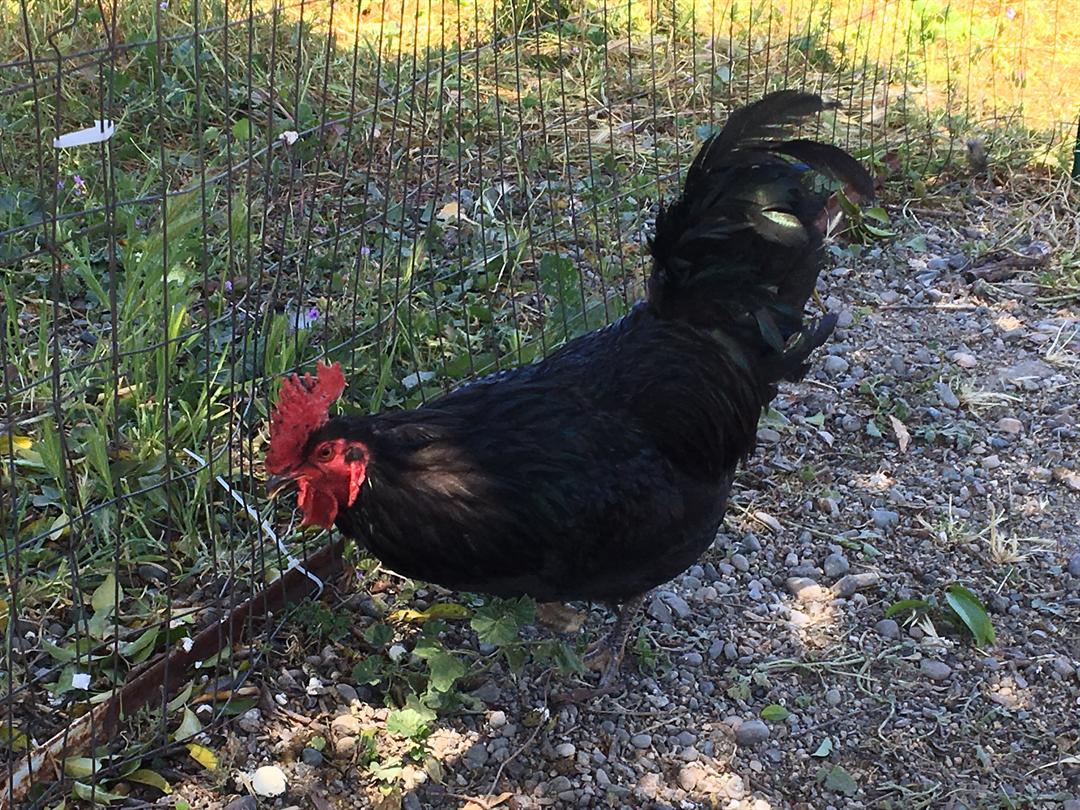 One of the birds moved from Arroyo Grande to Nipomo. (KSBY photo)