LOS ANGELES (AP) – A paroled sex offender has been captured, two days after he escaped police following an hours-long chase on Southern California freeways in a motor home with his two young children inside.

That’s about 100 miles from where he vanished.

Houk led police on a chase Tuesday afternoon in Los Angeles after sheriff’s deputies tried to talk to him about a report that he’d threatened his wife. 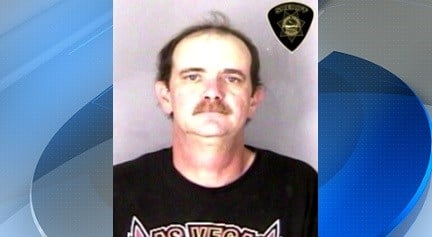 Police followed the 46-year-old from Hollywood more than 100 miles north to Bakersfield.

Houk stopped in an almond orchard and ran away, vanishing into a cloud of dust kicked up by his vehicle.