The Monterey County Sheriff’s Office says deputies over the weekend destroyed 27,000 plants growing on a private plot next to a road and another 16,500 plants that had been harvested. Those plants could have produced a pound and a half of heroin.

The office says the same plot could have been harvested three times per year.

It says in a statement that officials became aware of a possible opium poppy field in Moss Landing last week. They later confirmed the plants were Papaver Somniferum, commonly known as opium poppies. 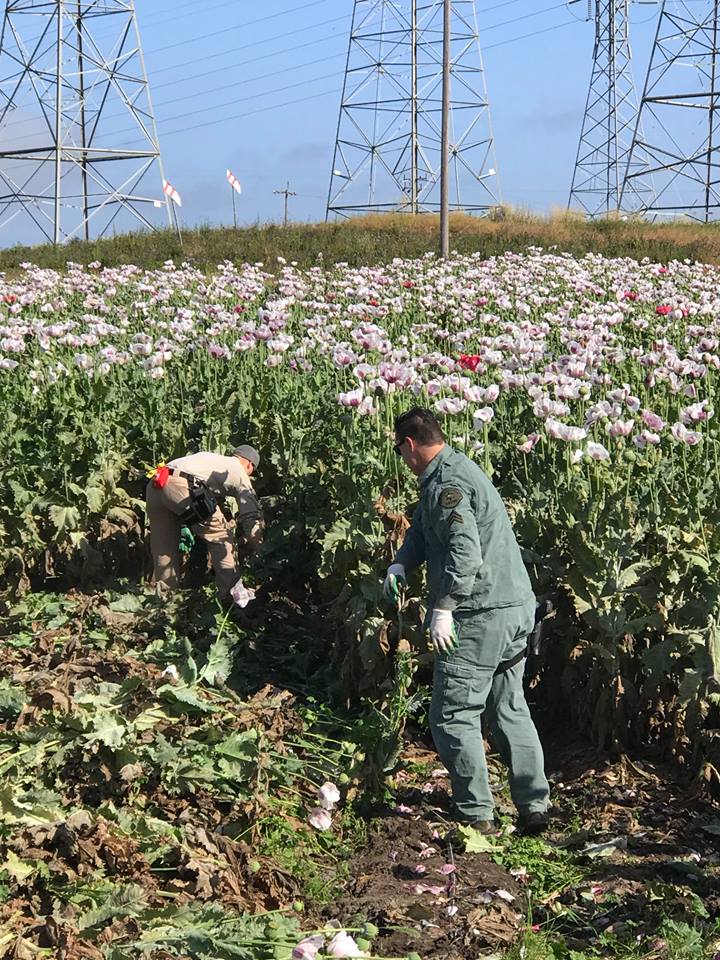 Officials say no arrests have been made and that they continue to investigate.