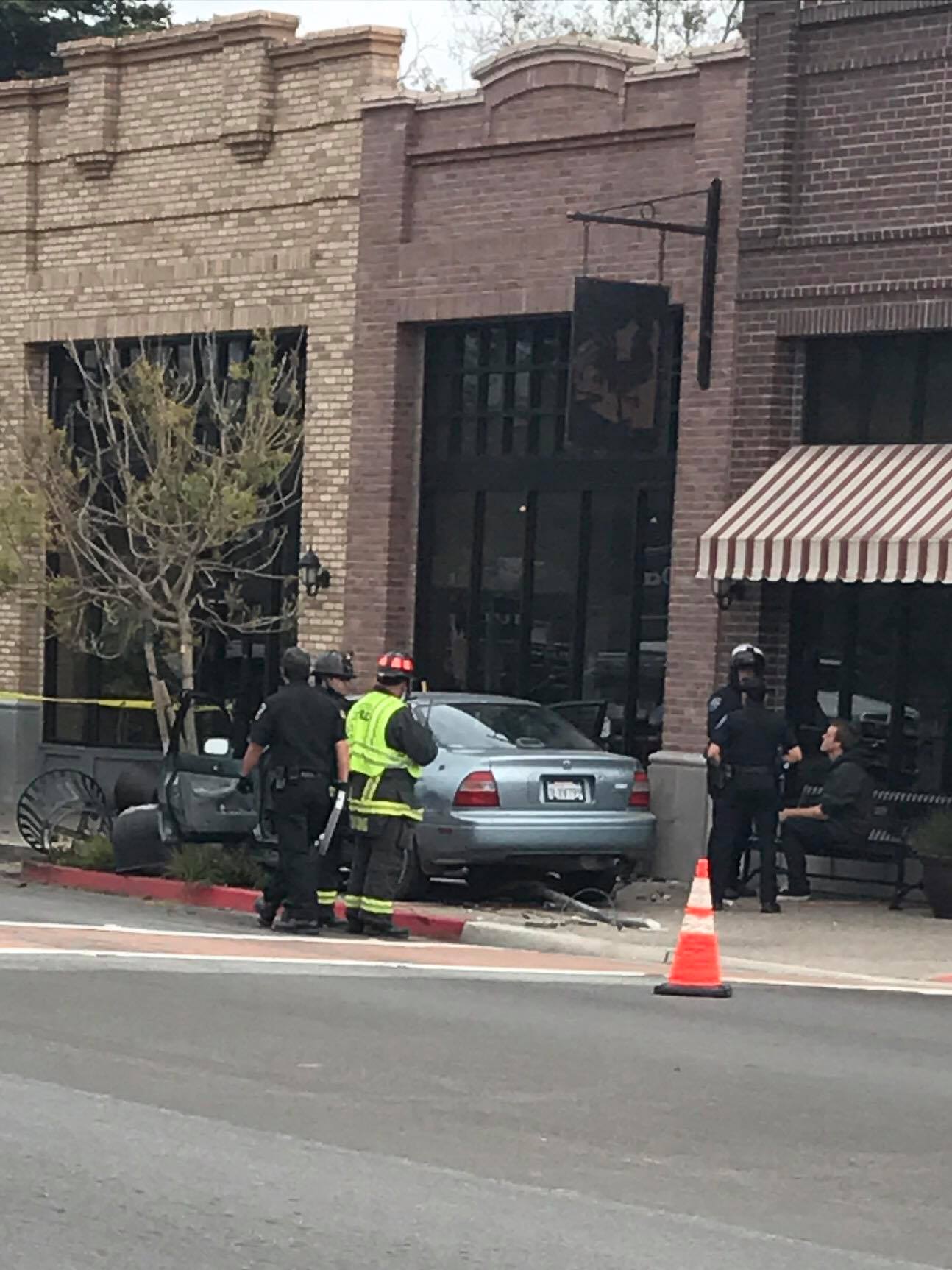 A young man was arrested Monday afternoon after crashing a car in the Village of Arroyo Grande, police said.

The crash happened around 2:45 p.m. in front of Rooster Creek Tavern along Branch St. at Short St.

The driver rolled up onto the sidewalk, mowing down a pedestrian crosswalk signal pole and hitting a city garbage can and bench, planters, and the outside of the restaurant. He may have also damaged a tree.

That person’s name and age were not immediately available.

No significant injuries were reported.