A couple of mountain lion sightings have a neighborhood in San Luis Obispo on edge.

"We stood real still because we didn’t know what to do next," said resident Michelle West.

West was walking her dog when she came across what she believes is a mountain lion.

"The mountain lion was in the asphalt, then he walked behind the cars, in the guest parking on the asphalt, and then walked down to the creek," West said.

She said she immediately warned all her neighbors.

On Sunday, another resident spotted a mountain lion just a few feet from the first sighting.

Just a week ago, the Lemon Grove Loop trail at Cerro San Luis was closed after a mountain lion was spotted there.

City Park Ranger Doug Carseaden says mountain lions can be found in the open spaces around the area.

"Don’t retreat, don’t turn your back, stand and face it, look big, if you have a dog or kids with you bring them closer, if you are hiking with a group, which is always advised, tighten up," Carseaden said. 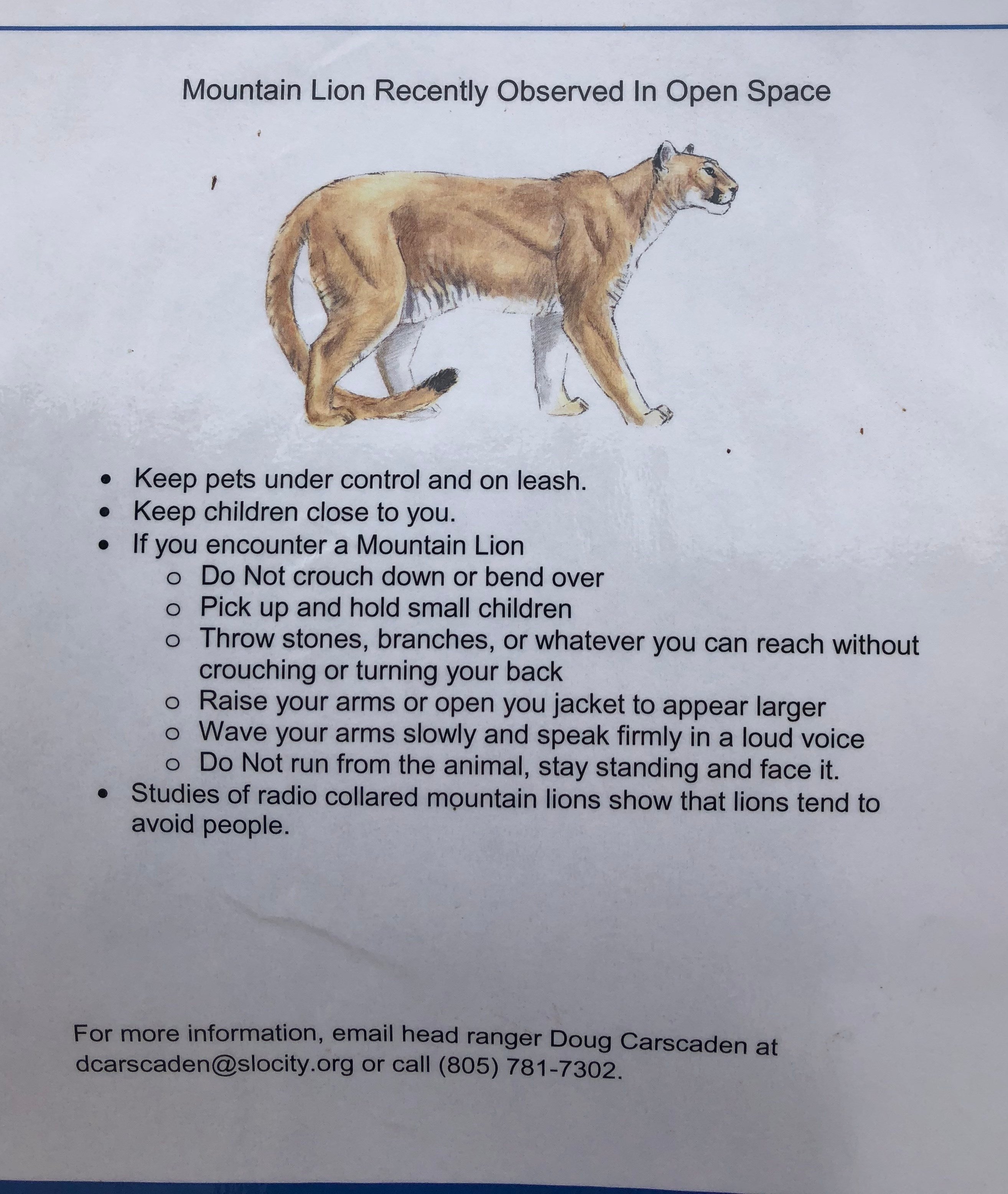 He says, for the most part, mountain lions will back away and not attack.

But in Washington state on Saturday, one mountain biker was sent to the hospital and another killed after a cougar charged at them.

According to the Department of Fish and Wildlife, the attack is extremely rare.

But with so many recent sightings and hearing about the death of a person, many locals have decided to stay away from the trails and creeks for now.

"No one is bringing their dogs down here because it’s too scary," West added.

"I really hope it doesn’t get any dogs, but it’s nice to know that nature is still around and doing its thing," said Ben Calvert who works at Creekside Mobile Home Park.

All hiking trails in the City of San Luis Obispo are now open but everyone is asked to be cautious.

Mountain lions typically come out during early morning hours and late at night.

If you spot one, you’re asked to report it. City park rangers can set up motion-activated cameras to track the animal’s movements.

There have also been a couple of sightings reported recently in populated areas near Lompoc.