Shell beach visitors had a front-row seat to a man catching a 7-gill shark, otherwise known as a cal shark, Monday afternoon.

Debra Miller, from Washington, was in Shell Beach for memorial day weekend when she saw a fisherman wrestling with a shark on the shoreline. As she got closer, he began pulling the shark out of the water to take the fishing line out and return it. 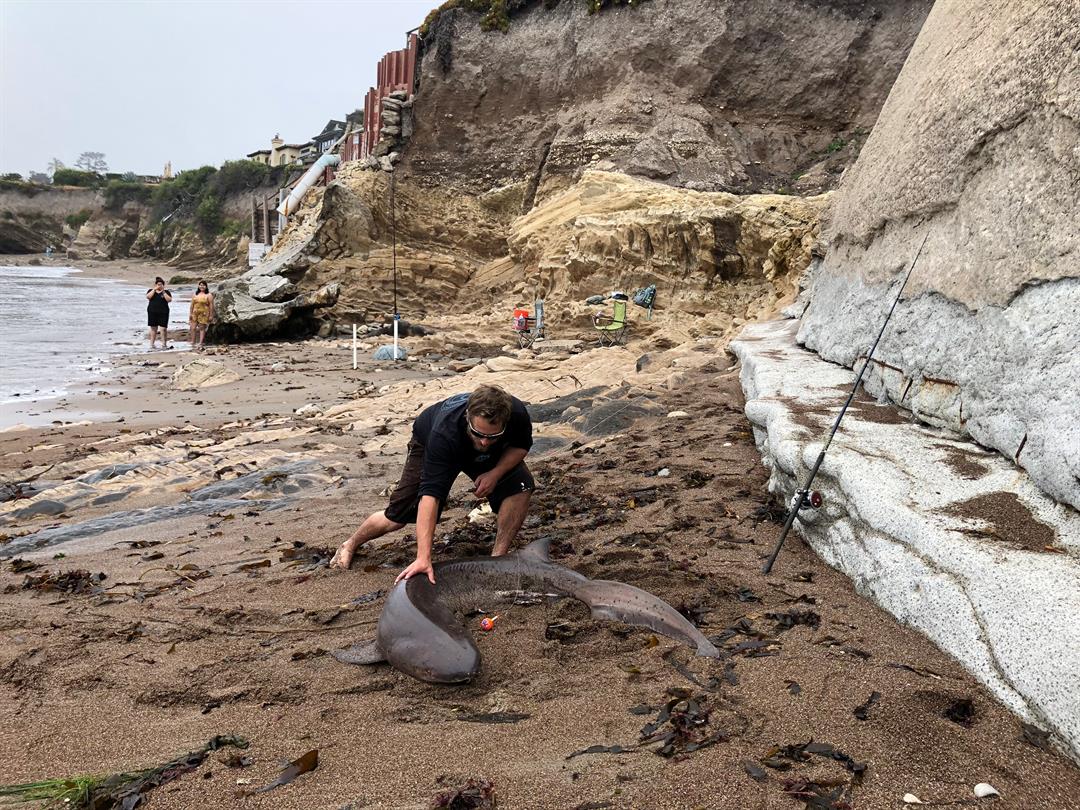 The man told her he had seen five 7 gill sharks from the beach Monday.

Todd Tognazzini, from Fish and Game, said 7 gills are fairly common on the central coast and are not known to be aggressive or dangerous to people. He said they are sometimes seen along the piers and people should not be concerned if they see them nearby.

Fish and Game officials did not received reports of a shark sighting at Shell Beach but said that the encounter is not surprising.

Tognazzini said it is legal to catch 7 gills and they do not have to be released. He said commercial fishermen often catch them to eat them but it is unusual for a recreational fisherman to catch one along the beach.

If someone does see a 7 gill shark, they do not have to report it to fish and game.

7 gill sharks are known to live in a range of climates from Chile to Alaska. Tognazzini said they can grow to be large and can be frightening if seen in the surf zone but they pose no threat to public safety.

Miller captured a video of him catching the Shark and releasing it. They can both be seen below.