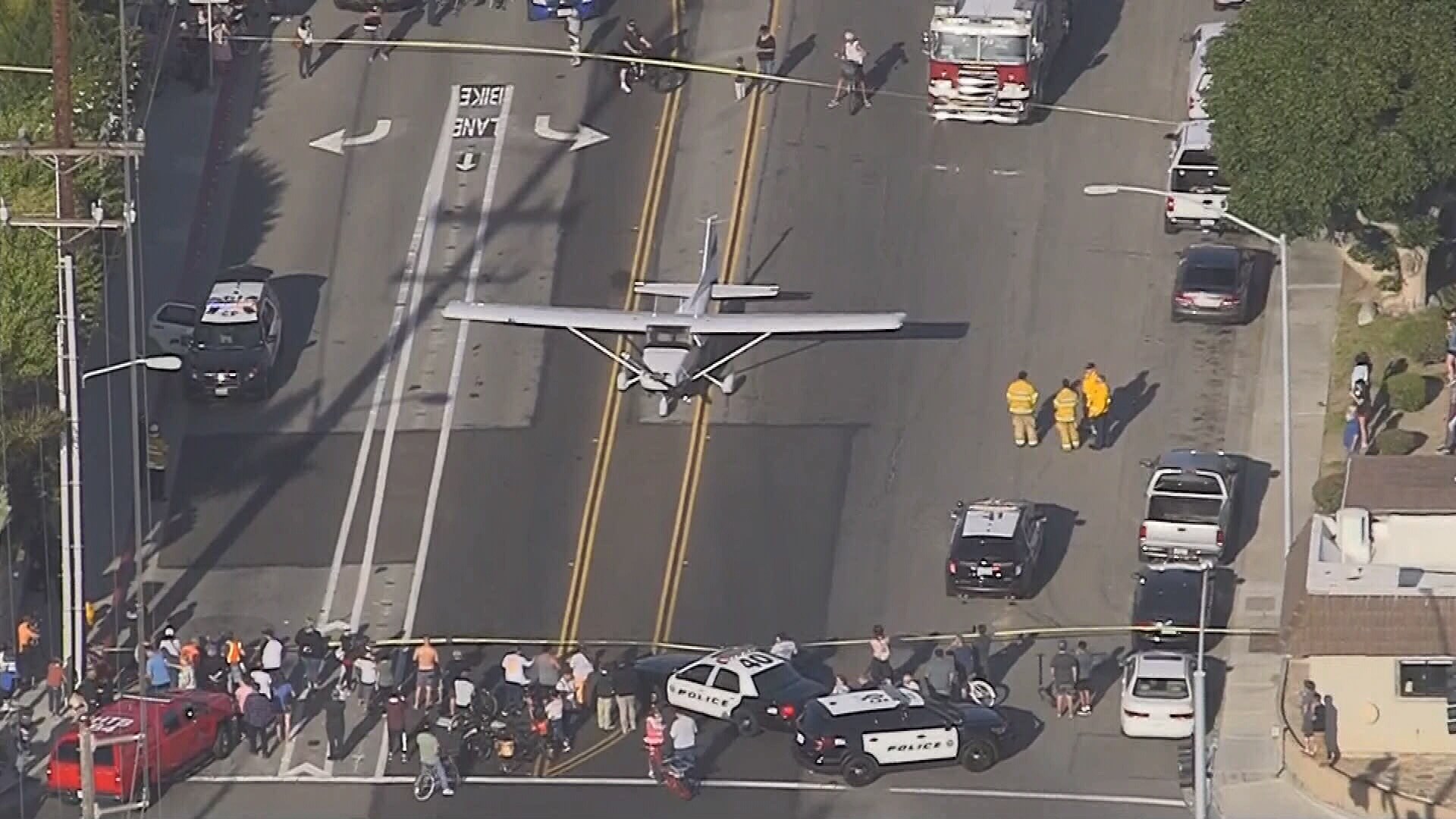 A plane lost power but was able to safely land on a surface street during rush hour on Friday in Huntington Beach. (Photo courtesy of KNBC)

A pilot is being praised for setting down a small plane on a Southern California street while avoiding power lines and traffic.

She landed the Cessna 172 about five miles from the airport in a Huntington Beach residential neighborhood.

Surveillance video obtained by KNBC-TV shows a pickup truck veering out of the way as the plane lands and streaks along the street.

Nobody was hurt and the plane was undamaged.