A recent trip to the Mission Hope Cancer Center in Santa Maria ended up with a Paso Robles man buying the winning ticket in a Corvette raffle.

Steven Lopate was at the cancer center to support his girlfriend, Adrianna, who was undergoing chemotherapy. Lopate says he was having a hard time and needed some fresh air, so he walked to the Home Motors Chevrolet dealership across the street and noticed they were raffling off a $60,000 2019 Corvette Stingray.

The raffle is held every year as part of the Elks Rodeo Queen Fundraiser for VTC Enterprises, an organization that provides assistance and job training to adults with developmental disabilities.

Lopate bought two $100 raffle tickets. He found out he won the car on Memorial Day evening and picked up the keys this Wednesday.

"The thought, how could I go wrong when I read it and I said, you know, that funds will help benefit those with disabilities, giving them opportunities… that alone was the selling factor, the hundred dollars was the incidental," Lopate said.

Approximately $40,000 raised from the raffle will go toward building repairs, program upgrades, staff wages, parking, and other improvements at VTC facilities. 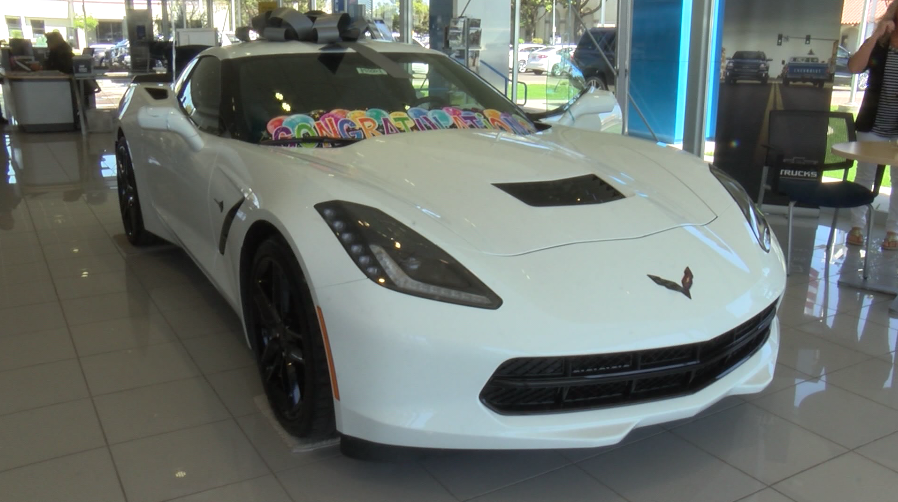