The mother of a 4-year-old girl injured Thursday when an SUV crashed into their stopped vehicle in Paso Robles is pleading for the community’s help to find their dog, who ran off after the crash.

Lindsay Beery of Monterey says she and her daughter were traveling on Highway 101 to visit family in Riverside. They were headed southbound but missed the Highway 46 East exit, so they took the next off-ramp and got back on the highway going northbound.

The 28-year-old says they were stopped on the Highway 46 East off-ramp and were waiting to turn right when another driver rear-ended her Honda CRV.

CHP says the other driver stated she didn’t see the stopped traffic and did not hit the brakes before crashing into the back of the CRV at about 45 mph.

The impact pushed Beery’s SUV into another car and then down an embankment and into a ravine. 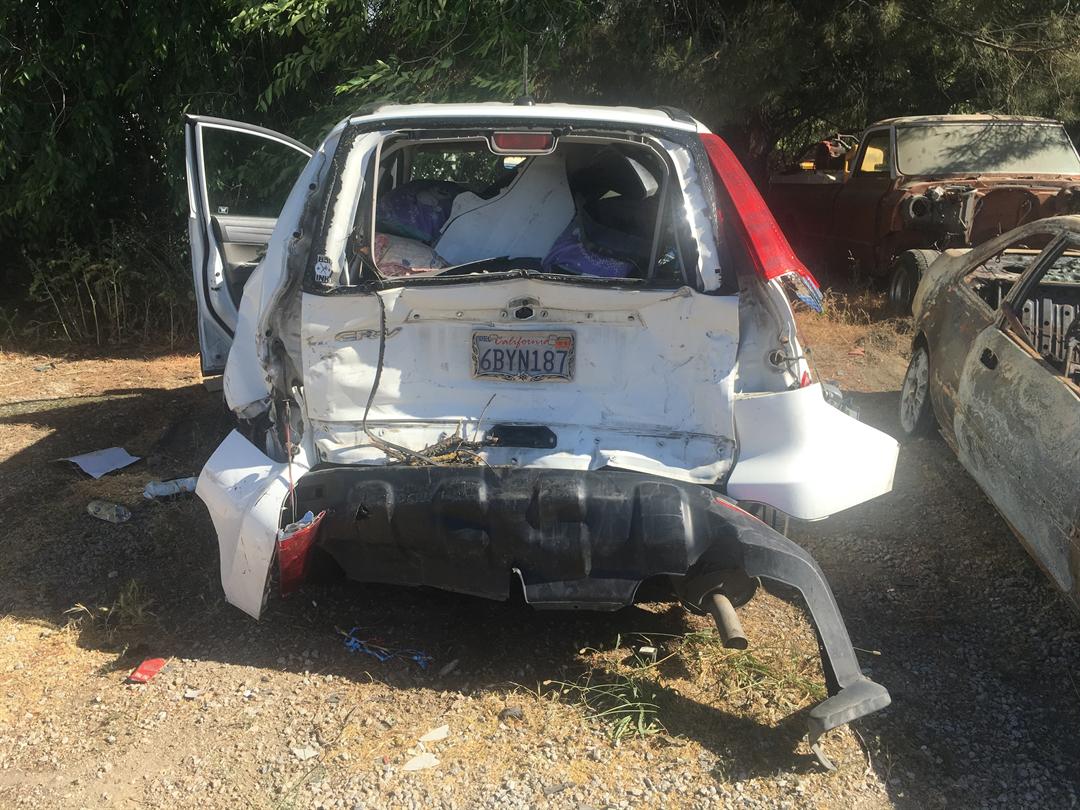 CHP says the child was unrestrained at the time of the crash and that Beery told officers her daughter had climbed out of her car seat and into the back of the CRV while waiting at a red light on the off-ramp.

Rescuers helped pull Beery and her 4-year-old daughter, Olivia, from the wreckage while bystanders called 911.

Beery says while the rescue was taking place, their small dog, Sophie, ran off.

Olivia was taken to Sierra Vista Regional Medical Center in San Luis Obispo before being transferred to Valley Children’s Hospital in Madera.

Beery says her daughter was unresponsive after the crash and suffered three broken ribs, a punctured lung and broke some teeth. Beery reportedly had some cuts and bruises. CHP says the other drivers weren’t injured.