Police said they stole multiple phones from the display and took off on foot. Police are still searching for them.

If anyone knows anything about the two suspects, they are asked to contact Officer Behrens at (805) 781-7312.

Two suspects were caught on surveillance earlier Thursday stealing from the Apple store just blocks away from T Moble. To read more about that story, click here. 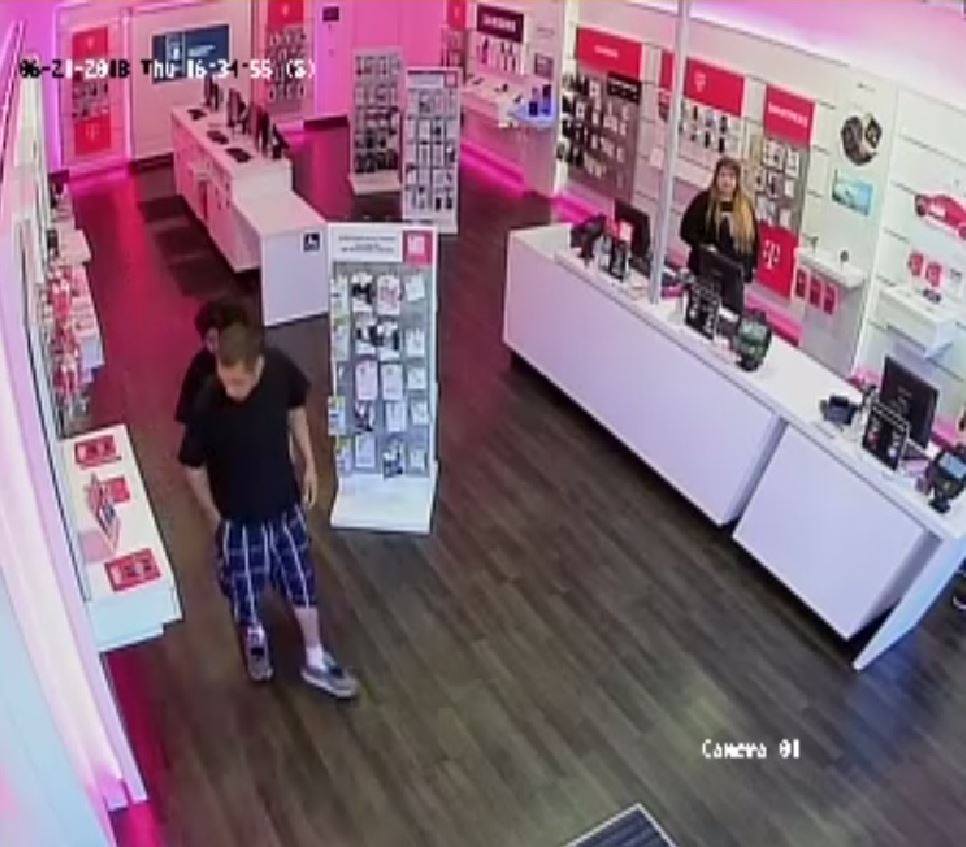