Thousands of red crabs wash up at Montaña de Oro 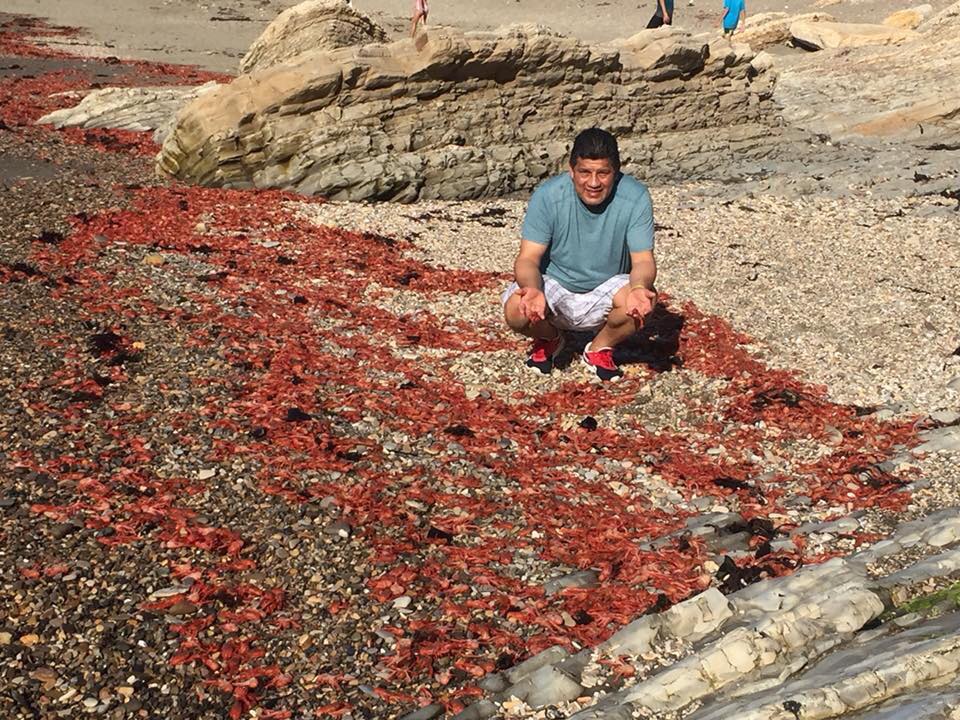 Part of the shore at Spooner’s Cove in Montaña de Oro State Park is covered with thousands of little red crabs.

The pelagic red crabs usually live offshore of Baja California but there have been cases of stranding on the Central Coast, leaving large amounts of dead or dying crabs on local shores. 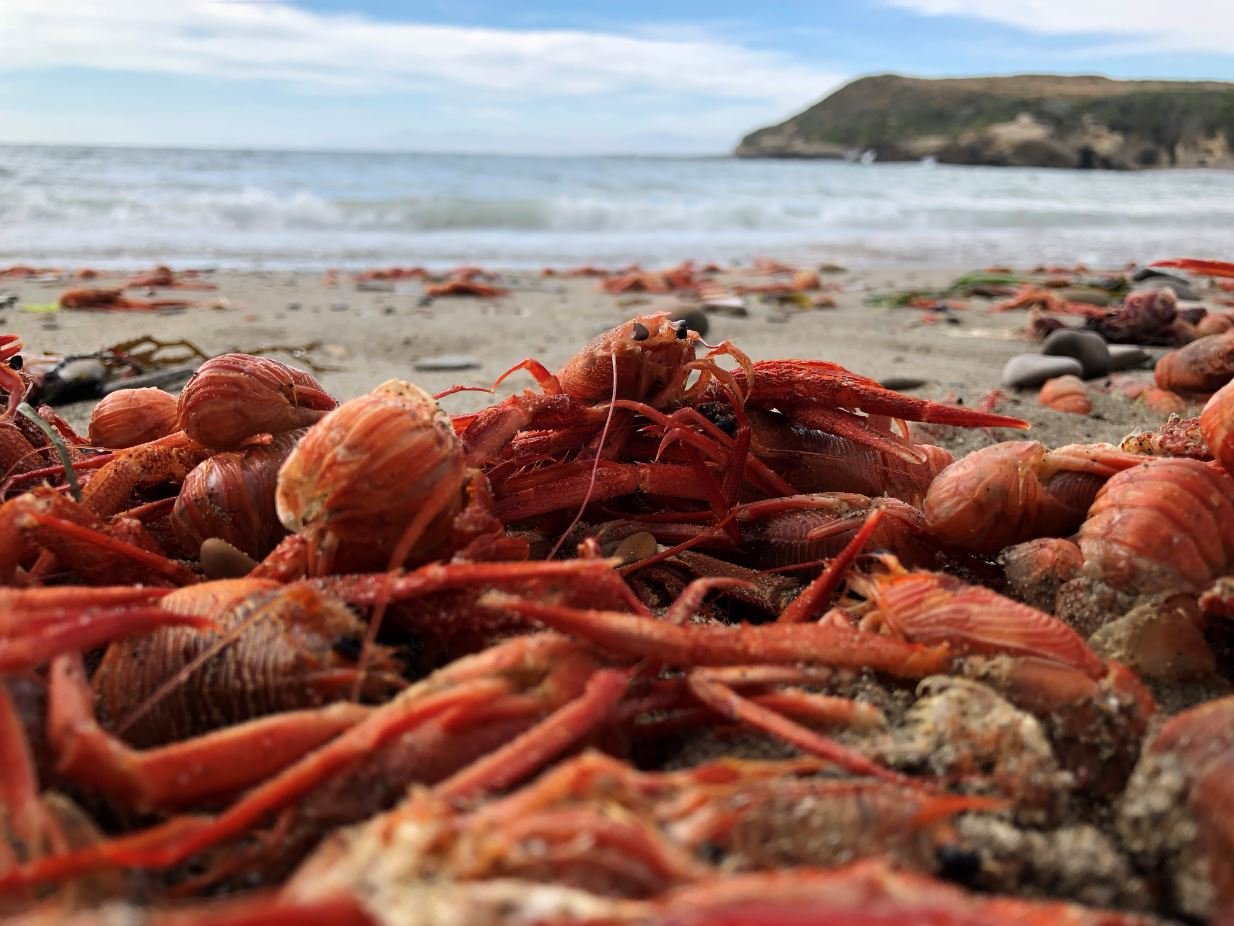 California Dept. Of Fish and Wildlife Patrol Lieutenant Todd Tognazzini says this type of movement northward for the crabs happens every few years but has not been very common recently. It can sometimes be related to warm water or El Niño events and sometimes not.

Brandon Dove, a 39-year resident of Los Osos, says this is an unusual sight for him. 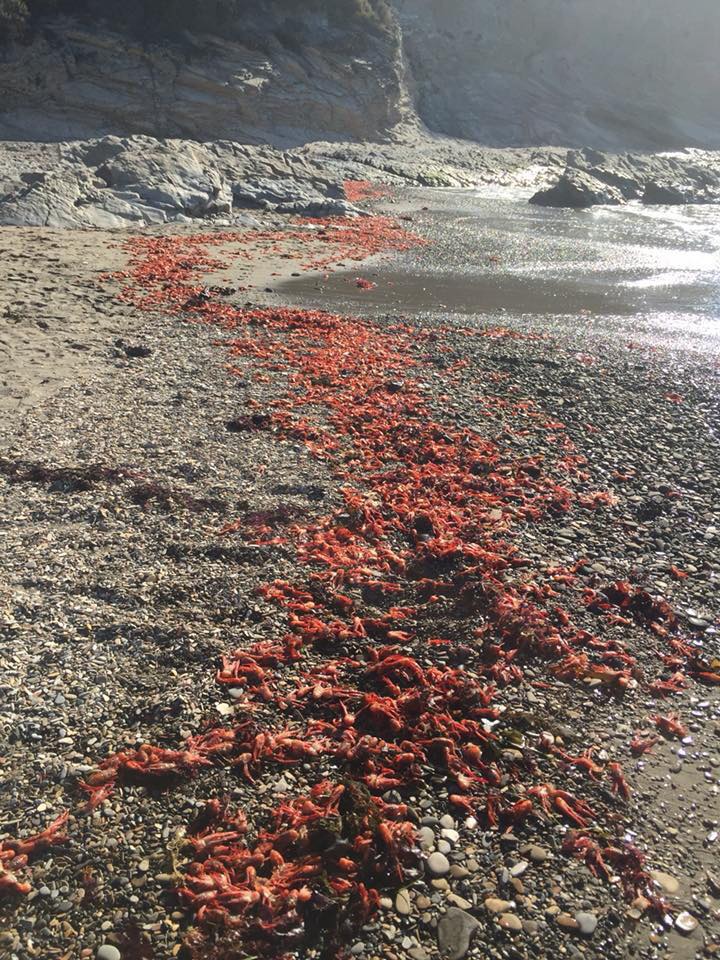 "This is remarkable. I’ve never seen anything like it," said Dove. "I’ve never seen, like, recently dead ones like this. I’ve seen a few shells before, rarely, but this is unheard of for me and I don’t know anyone that’s ever mentioned something like this." 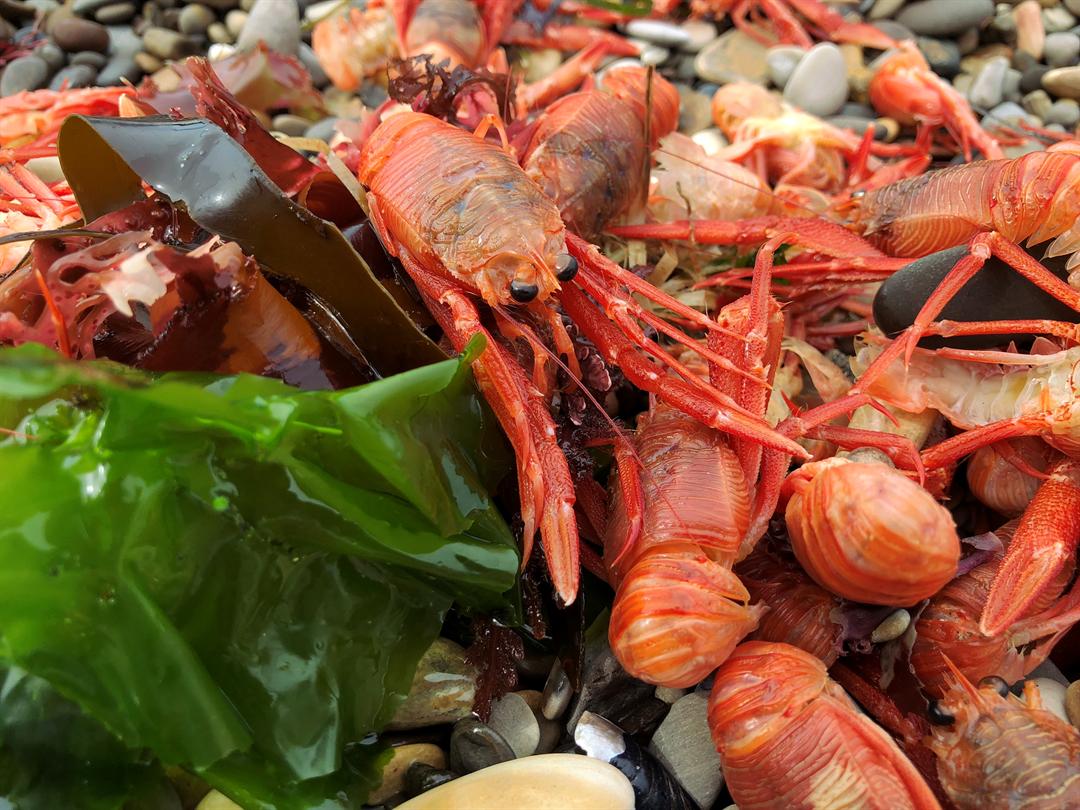 "This is the first report of red crabs on our coastline this year," Tognazzini said, adding there have been reports in Santa Barbara County, too. Red crabs have been showing up for some time in that county, he says. 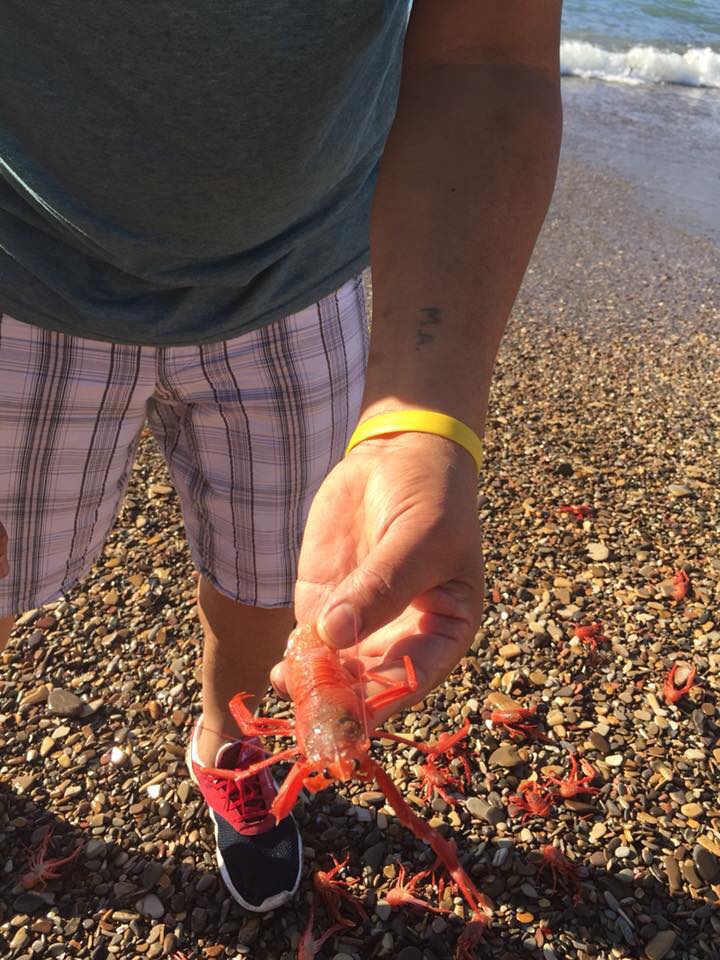 "Montana De Oro is essentially my backyard and I’ve never seen anything like this before," Dove said.

A post shared by The Paddleboard Company (@thepaddleboardcompany) on Jul 3, 2018 at 9:07am PDT

A post shared by The Paddleboard Company (@thepaddleboardcompany) on Jul 3, 2018 at 9:00am PDT