UPDATE (4:15 p.m.) – CAL FIRE reports that forward progress of the fire has been stopped at approximately one acre. 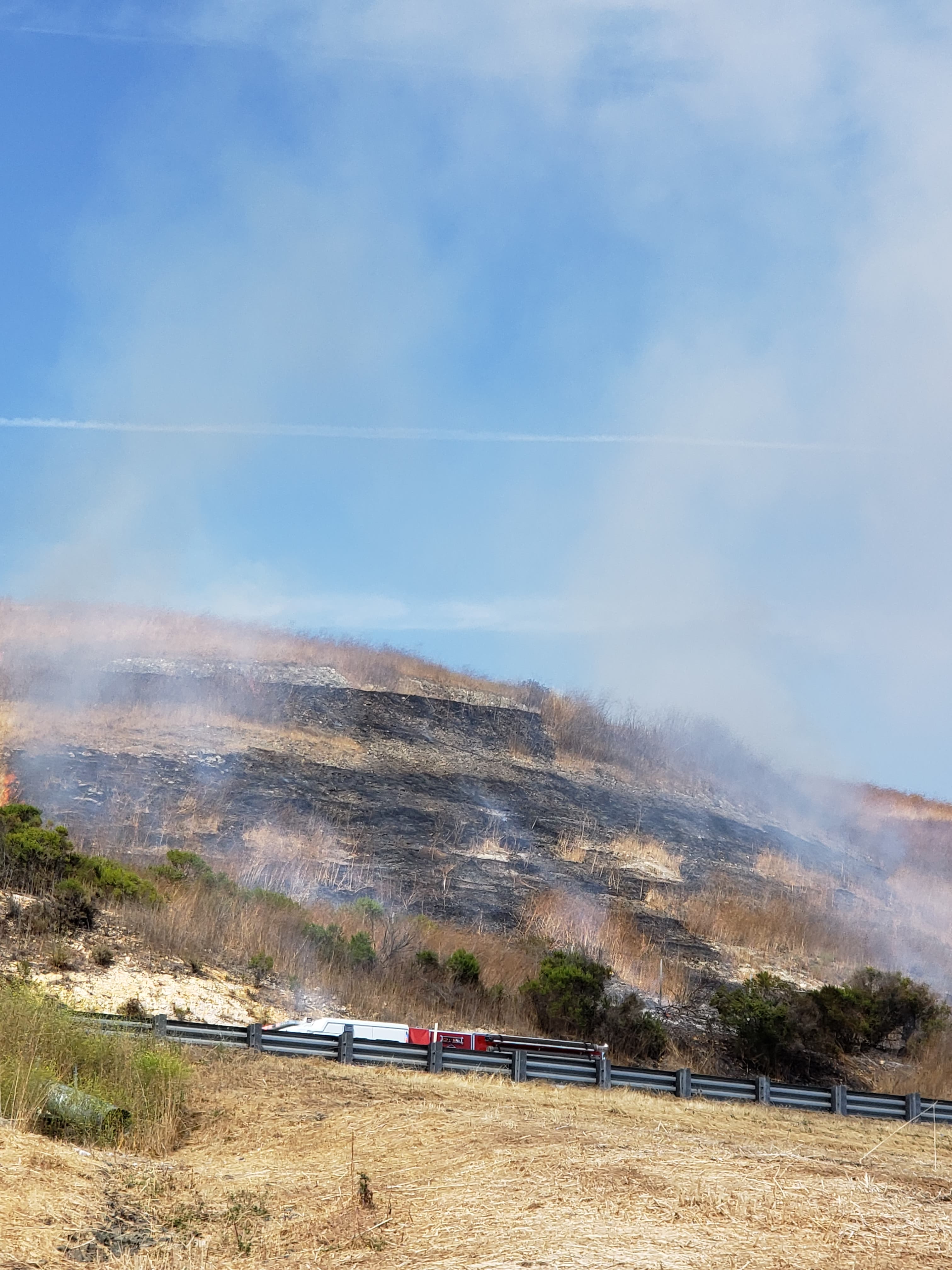 A witness told KSBY News he was driving along the frontage road when he first spotted a couple of spots of smoke, then one of the spots flared up into a 10-to-20 foot-high flame and began burning up the hillside.

The slow lane of the highway was closed for firefighting equipment.

Firefighters were responding to reports of a couple of small brush fires along Highway 101 in the Pismo Beach area.

The fires were first reported at about 3:45 p.m.

CAL FIRE reported the fire was burning along the northbound lanes at Spyglass Drive and had burned about a 1/4 acre of grass as of 3:55 p.m. 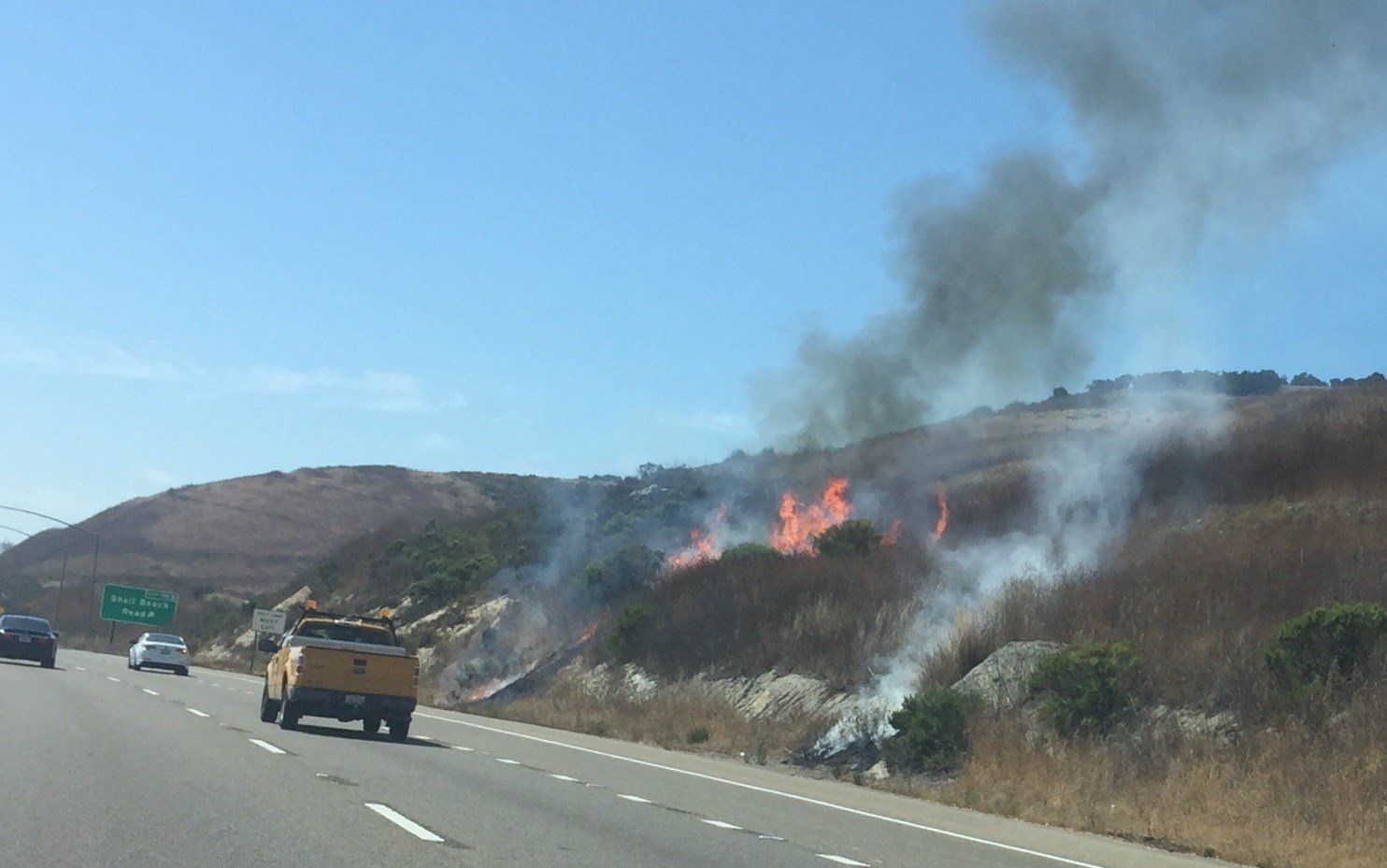