Neighbors of a Morro Bay home scorched in a January fire call the home an eyesore that should have been torn down months ago, but the homeowner says he plans to repair the heavily damaged structure.

"You drive by and see this mess and go ‘that doesn’t look so good,’" Kathy Stewart said of her neighbor’s home. "I’d like something done."

Stewart takes pride in her garden, and she wants something done to the eyesore down the road from her Orcas Street.

"It should’ve happened by now," she said.

Neighbors say the home’s skeletal remains smell and leave a stain on an otherwise tidy neighborhood.

"It’s an eyesore and a reminder of an unpleasant memory," said Montessori School Owner and Director Laurie Holcumb. 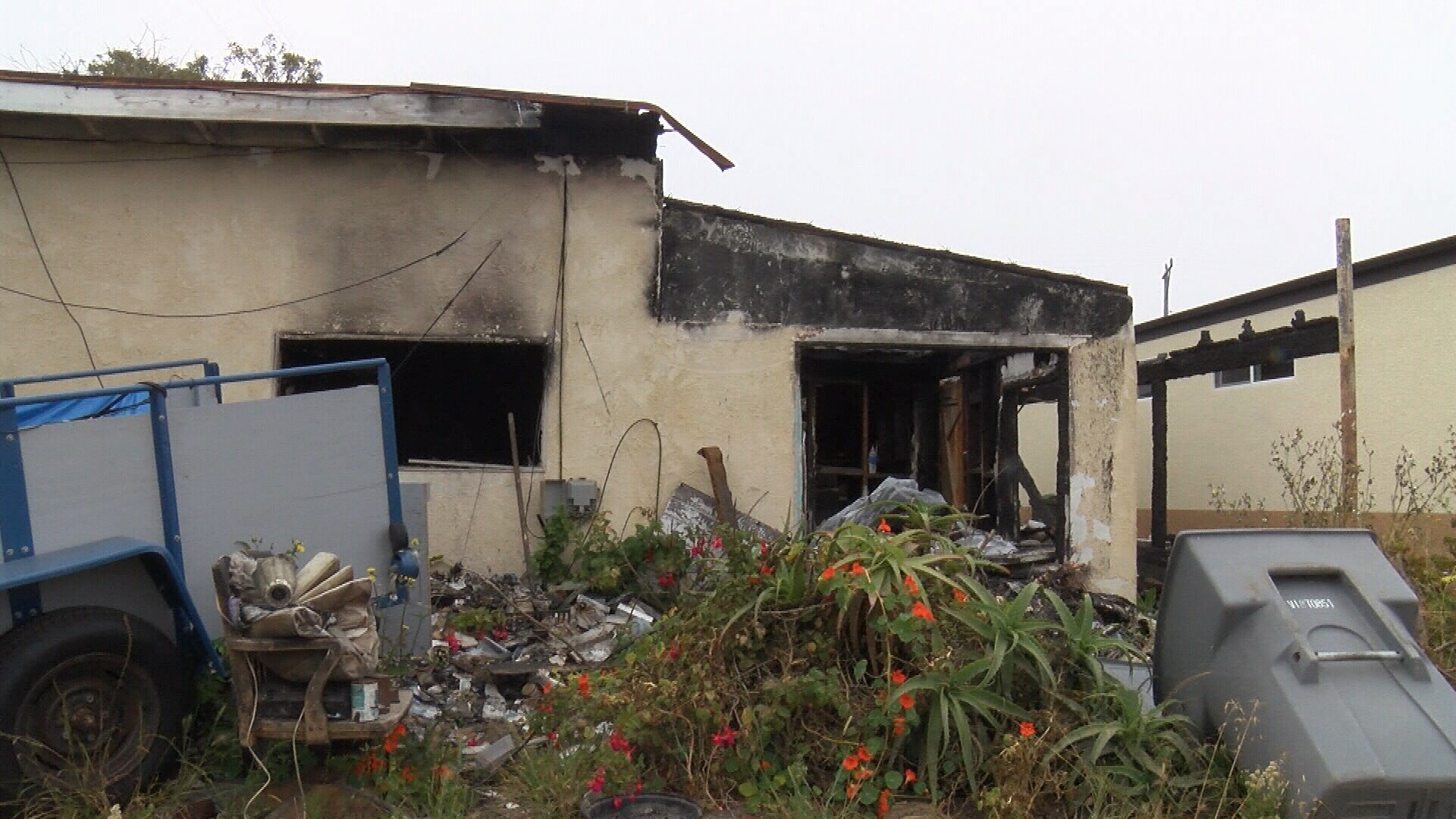 The home was burned in a January fire. (KSBY photo)

Holcumb remembers the January morning when flames from Ed VanEkeren’s home licked the walls of her school.

"Our building on the outside pretty much had to be re-framed," Holcumb said.

The school was repaired and operational soon after the fire, but VanEkeren’s home remains in a state of disrepair.

"The homeowner had insurance to cover the cost of covering the home and he indicated he would do that, so we were under the premise that he’d clean the property up," said Morro Bay Community Development Director Scot Graham. "Unfortunately, he hasn’t."

"The fire department can actually declare it a hazard and if we went down that road, the city could abate it," Graham said. "That’s kind of the phase we’re in now."

Graham did not have a timeline for when the action on the home would take place.

VanEkeren, who has lived at his Orcas Street address for the past 30 years, refuted Graham’s claims of lost contact and says he’s simply overwhelmed.

"I would rather rebuild then take it down to the foundation," VanEkeren said. "It would be helpful to have somebody who is a contractor or has experience in this department because I’m not really prepared to deal with all this."

While Holcumb says she’s already moved past the eyesore next door, considering it was deemed not toxic by the fire marshal, others are in a hurry to have the home leveled.