The San Luis Obispo Police Department says there have been more reports recently of catalytic converter thefts throughout the city.

There was an uptick in catalytic converter thefts in May, but police say they seemed to stop over the past two months.

Police have released a map of all the locations where these crimes have occurred. They say most of the thefts have happened between 1 a.m. and 6 a.m. and primarily involve Honda Accord and Toyota Prius models. 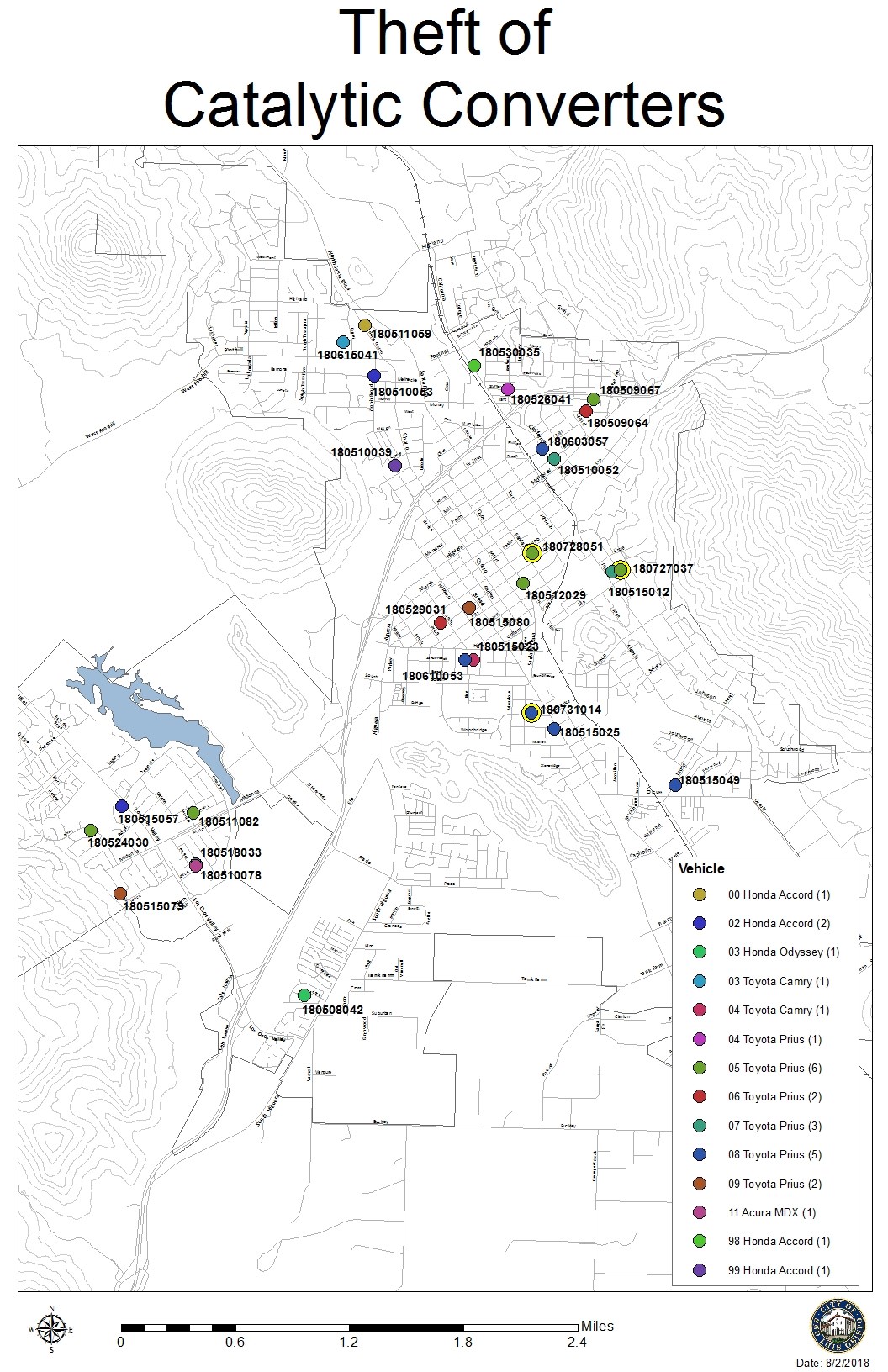 Officers are asking anyone who has surveillance cameras in the areas where these crimes have occurred to review their footage in case they may have captured images of the thieve(s) or their vehicle. If you believe you may have information about these crimes, you’re urged to contact the San Luis Obispo Police Department at (805) 781-7312 or Crime Stoppers at (805) 549-STOP.

Police offered these tips to help prevent a theft involving your vehicle:

A catalytic converter is part of a vehicle’s exhaust system. Your car will still run without it, but the part must be replaced under California law. If the catalytic converter has been stolen from your car, you will notice what sounds like a growling or roaring sound when you start your engine.