15 aboard Hawaii flight treated after pepper spray goes off

HONOLULU (AP) – Hawaiian Airlines says a can of pepper spray went off inside a plane headed from Oakland, California, to Maui, requiring emergency help for several people aboard.

He says in a statement that a passenger illegally brought the pepper spray on the plane carrying 256 passengers and 10 crew members but that it appears the release was accidental. 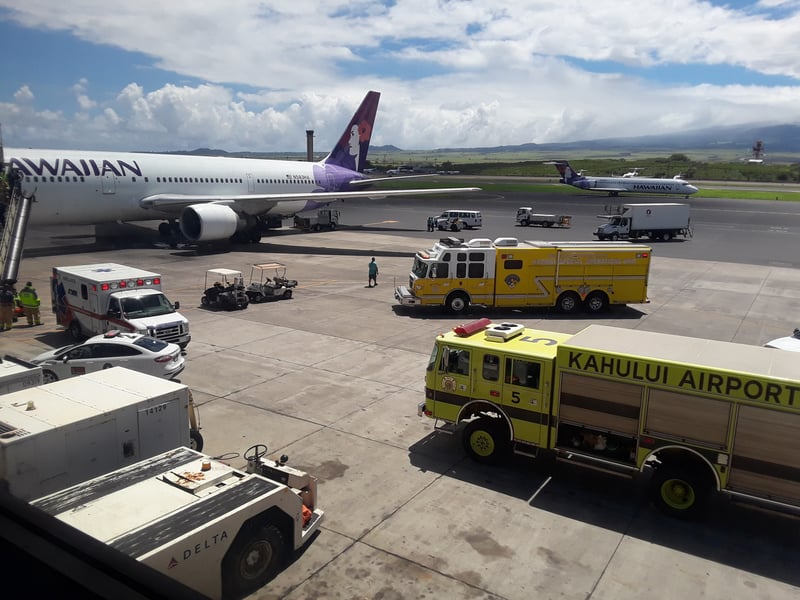 Hawaii Department of Transportation spokesman Tim Sakahara says about 30 people complained of being affected by the irritant, but no one was taken to the hospital.

The airline says the flight was delayed earlier Friday after a teenager in Oakland sent a photo depicting a fake crime scene to cellphones of other passengers.