After a San Luis Obispo cyclist was nearly run over by a vehicle, he decided to speak out to the city council about safety on the streets in a pitch for the proposed Anholm Bike Path.

"It was violent," said Scott Mann, cyclist. "It was surprising how quickly my bike jerked out of my hands under the car."

Mann walked away unscathed but not without a sense of fear and a damaged wheel.

"It’s frightening," Mann said. "You take your life into your hands on the street."

According to the most recent city data, there were 50 traffic collisions involving bicyclists in 2016.

Mann told his story to the San Luis Obispo City Council, even showing off his bent bike wheel, hoping it would sway them to approve the path.

The council ultimately voted 3-to-2 to approve the path.

The $3 million project, which will draw funding primarily from the state gas tax, will connect Broad Street to Mission Street to Chorro Street and, ultimately, to downtown SLO. 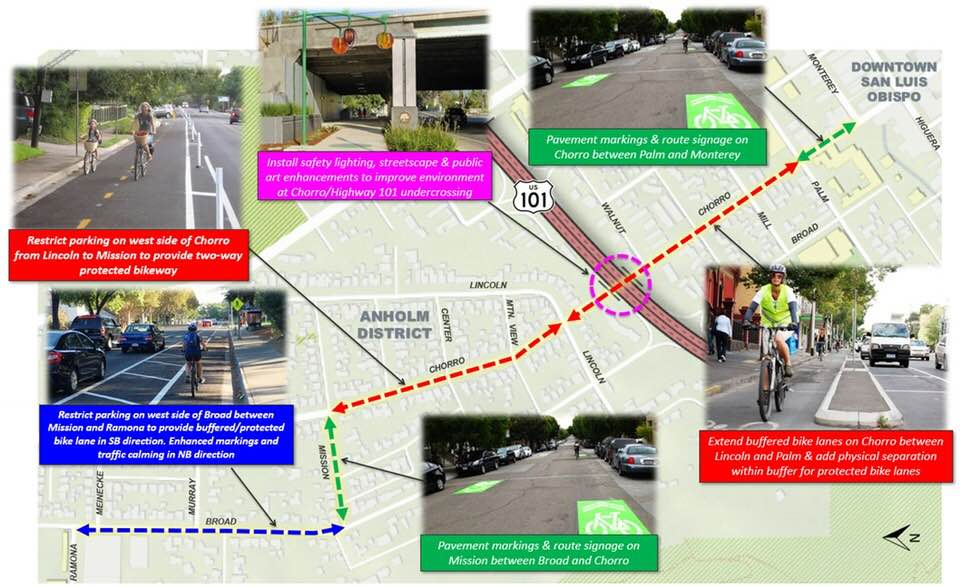 The path will include a buffer between traffic and bikes, along with lighting and signage.

To do this, the city plans to eliminate 56 parking spots.

Many residents in the impacted neighborhood are not only outraged about the lost parking but the increased traffic flow on the horizon.

"I just feel it’s going to be a very dangerous situation," said Peggy Balpy, a resident who lives on the route.

Balpy said backing out of her driveway is already difficult, not to mention finding street parking.

"It’s gonna be dangerous pulling out of driveways with bikers, trying to figure out traffic, you can’t see the traffic," Balpy said.

According to the city, a parking study shows daytime parking won’t be impacted, but city leaders did admit there may be spill-over at night.

"Yeah, parking is difficult, but we’ve got to understand that the car culture we have is quite literally what is causing the greenhouse gas emissions issues," said Councilman Aaron Gomez, who voted in favor of the plan.

Mann said a minor inconvenience is worth the potential benefits.

"People’s schedule and getting places quickly isn’t more important than our kids’ lives and the safety of our streets," Mann said. "We have to remember that."

Construction is slated to begin in 2019. The city still needs $2 million to complete the project.