The firefighters, law enforcement officers and emergency medical personnel who assisted during the Thomas Fire and Jan. 9 mudslide were specifically recognized as a new, commemorative "First Responder" Forever stamp was dedicated.

Oprah Winfrey, a resident of Montecito herself, gave the keynote address at Friday’s ceremony. 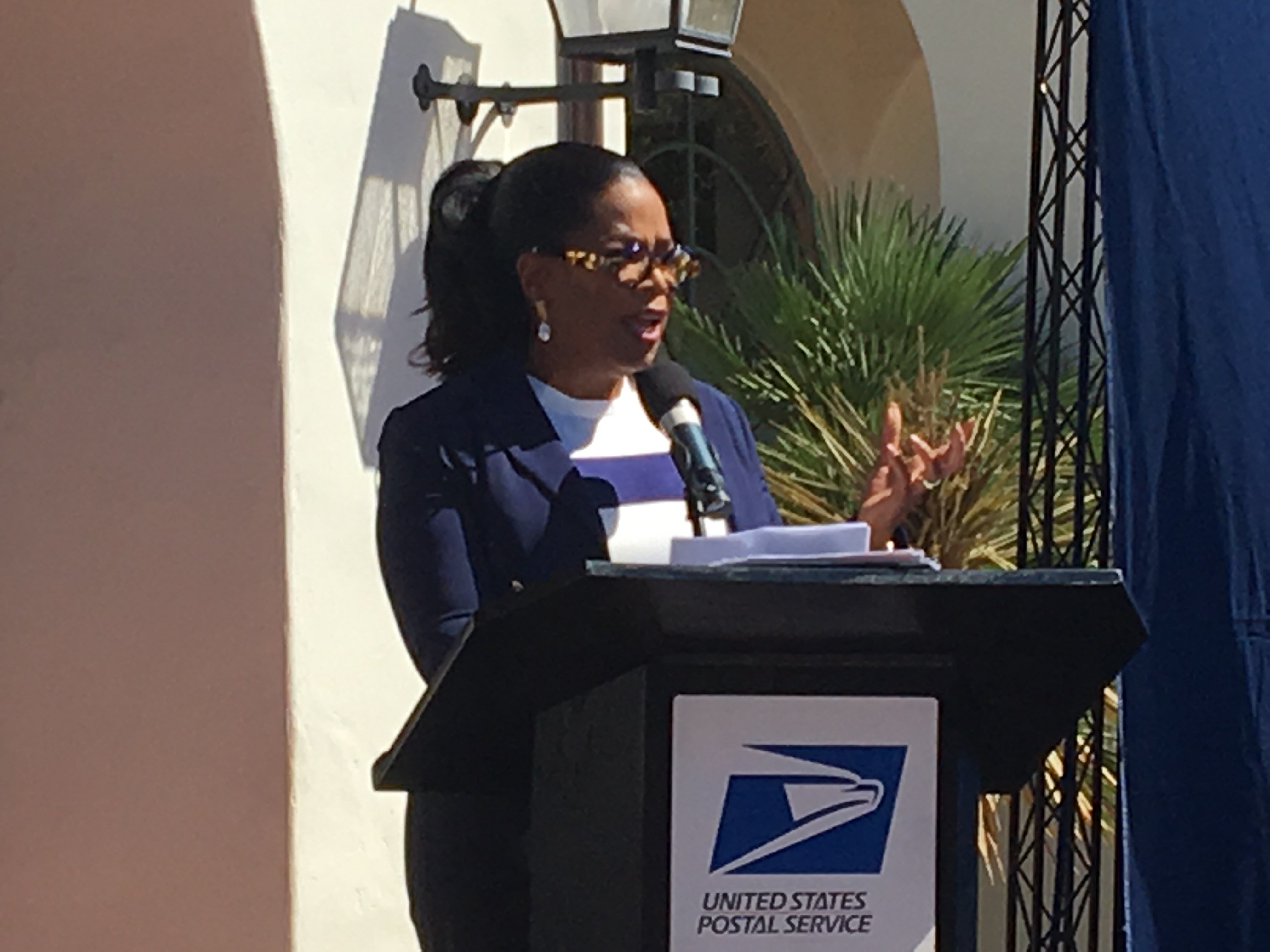 Oprah Winfrey speaks to the crowd at the Montecito Fire Department. (KSBY photo)

"Brave, valiant, daring, undaunted, fearless – those are words but there just aren’t enough words or emotions, actually, to describe the heart, the soul, and the fortitude required to sign up to be a first responder," she said.

Winfrey addressed the first responders in the crowd, thanking them for their work during the fire and subsequent mudslide.

Also taking part in the ceremony was Lauren Cantin, who first responders rescued from the mud on the morning of Jan. 9. The teen’s father, Dave, and brother, Jack, were killed in the mudslide. Jack’s body was never recovered.

The commemorative stamp, which depicts a firefighter, paramedic, and police officer, is now available for purchase. 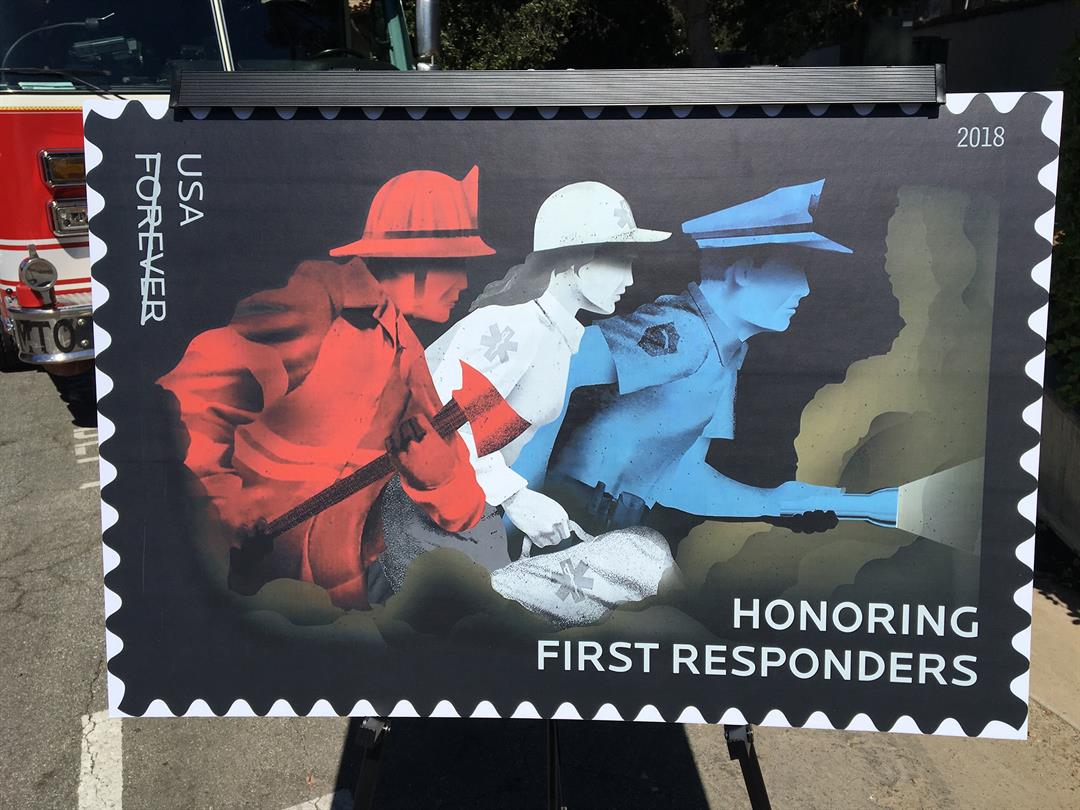 The new stamp was unveiled at a ceremony in Montecito on Friday. (KSBY photo)