Band of Brothers is a group of military veterans from all branches. The group is involved in community events and causes like fighting depression and veteran suicide.

The opening ceremony was a family-friendly event with two-time World Series champion Jesse Orosco as a special guest. 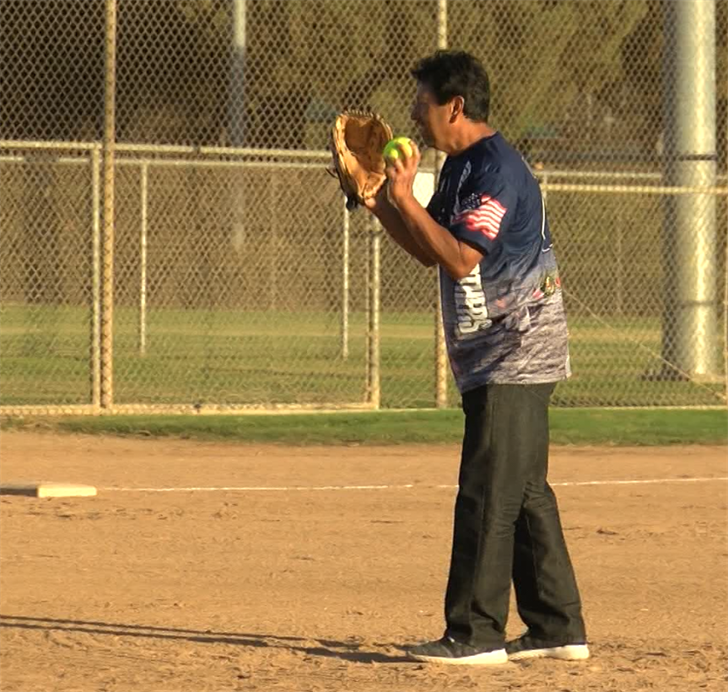 Orosco threw the first ball at the game in honor of his nephew Ray.

During the ceremony, they honored Lexi Brown, a friend who died from cancer, by letting balloons fly away into the sky. They also played a recording of Brown singing the national anthem when she was six-years-old.

The event marked the three year anniversary of the softball team.

"I had no idea that we were going to grow into what we did," said Steven Baird, president of Band of Brothers. "Start with playing a game of softball is now turned into a whole community of veterans mentoring at schools, being together and embracing that comradery"

When the Band of Brothers first started playing softball there were only two teams, now they have five teams in Santa Maria. They also have their own league called the Veterans Division.