UPDATE – The The San Luis Obispo County District Attorney’s Office says  Lucion Lee Edward Banks pleaded not guilty Thursday to the charges against him. He is due back in court Oct. 23.

He is charged with trafficking of a minor for commercial sexual exploitation while using force, fear, fraud, deceit, coercion, violence, duress, menace, or threat of unlawful injury. He is also charged with a second count of pimping a minor under the age of 16.

Banks does not live in San Luis Obispo County, but he has ties to Sacramento, Oakland, and San Francisco.

Banks is scheduled to appear in court for his Arraignment on Thursday.

(ORIGINAL STORY) – A human trafficking suspect is behind bars after a traffic stop in San Luis Obispo.

Police say they pulled the suspect over in the 3000 block of Broad around 1:40 a.m. on October 5. Police say the driver was identified as Lucion Banks, 35 of Sacramento. Officers say a 14-year-old Oakland girl was also in the car. Police say Banks was driving with a suspended license, and officers say there was a misdemeanor warrant for his arrest.

Both Banks and the passenger denied being related, and police say the two had no clear story of why they were in San Luis Obispo. 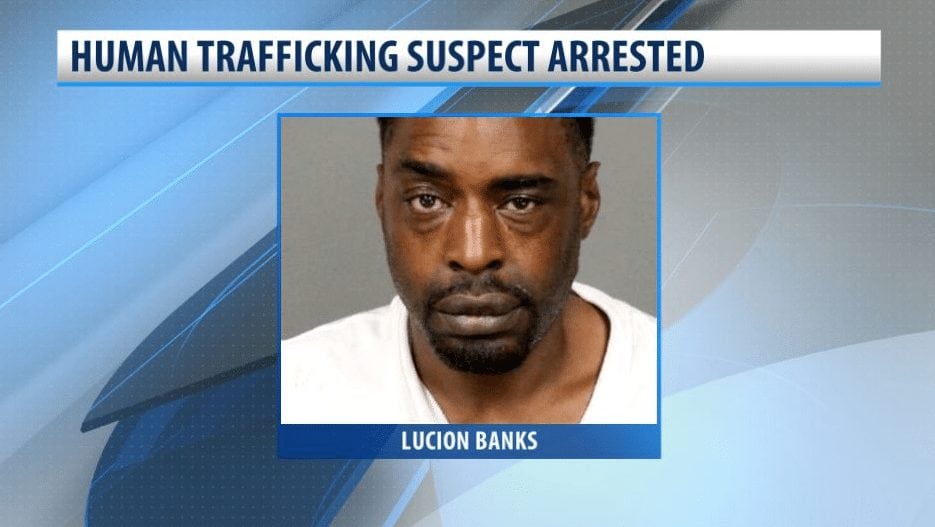 Banks was arrested for the warrant and for driving on a suspended license.

After his arrest, police conducted a follow-up investigation. They say Banks was involved in the human trafficking and pimping of the 14-year-old girl who was in the car. Police say they found evidence in the car, which led them to believe Banks was trafficking the victim.

The 14-year-old was turned over to Child Welfare Services after Banks’ arrest.

Banks was later charged with Human Trafficking and Pimping. He was booked into San Luis Obispo County Jail. Bail is set at $1 million.