The U.S. Department of the Interior is taking public comment on two possible areas for wind farms on the Central Coast.

The Bureau of Ocean Energy Management is accepting interest in three sites off the California coast for potential wind development. One section would stretch from Cambria to San Simeon approximately 32 miles offshore, while a second site sits offshore the present Diablo Canyon Nuclear Power Plant. 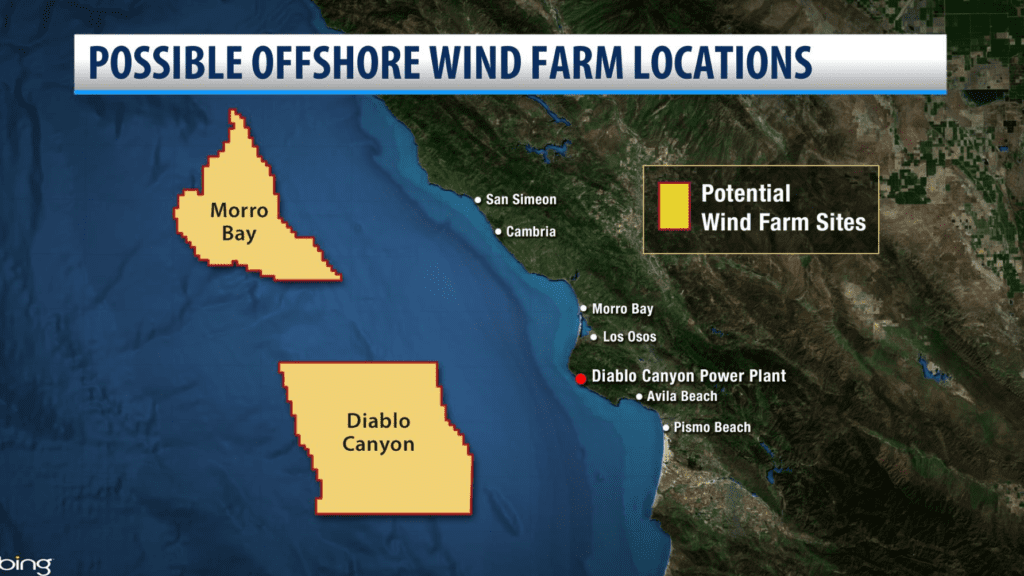 The third area for potential wind development in California is near Humboldt Bay. Much of California’s coastline is otherwise off-limits to offshore wind farms.

The U.S. Department of the Interior is accepting interest from companies who want to develop the wind sites. A 100-day public comment period is also open until January 27.

The administration hopes that will lead to the West Coast’s first offshore wind auction.

Interior Secretary Ryan Zinke also announced this week an offshore wind auction off the coast of Massachusetts on December 13. The department is also reviewing projects in New York.

The only existing offshore wind farm in the U.S. is in Rhode Island.