Firefighters have reached containment on the recent wildfires burning in Northern and Southern California, but the danger remains.

Rain is in the forecast in burn scar areas across the state, prompting concerns about debris flows.

In Riverside County, mandatory evacuations were ordered for people in the Holy Fire burn scar on Wednesday as a storm approached the region. Officers went door-to-door warning people to get out. Some people had already been asked to voluntarily evacuate on Tuesday ahead of any potential debris flow. According to NBC Los Angeles, the storm is expected to be at its strongest on Thursday morning.

There are also concerns in the Woolsey Fire burn scar in Ventura and Los Angeles Counties. People who live near La Tuna Canyon, Creek, and Skirball fire areas were also asked to be alert for potential evacuations. 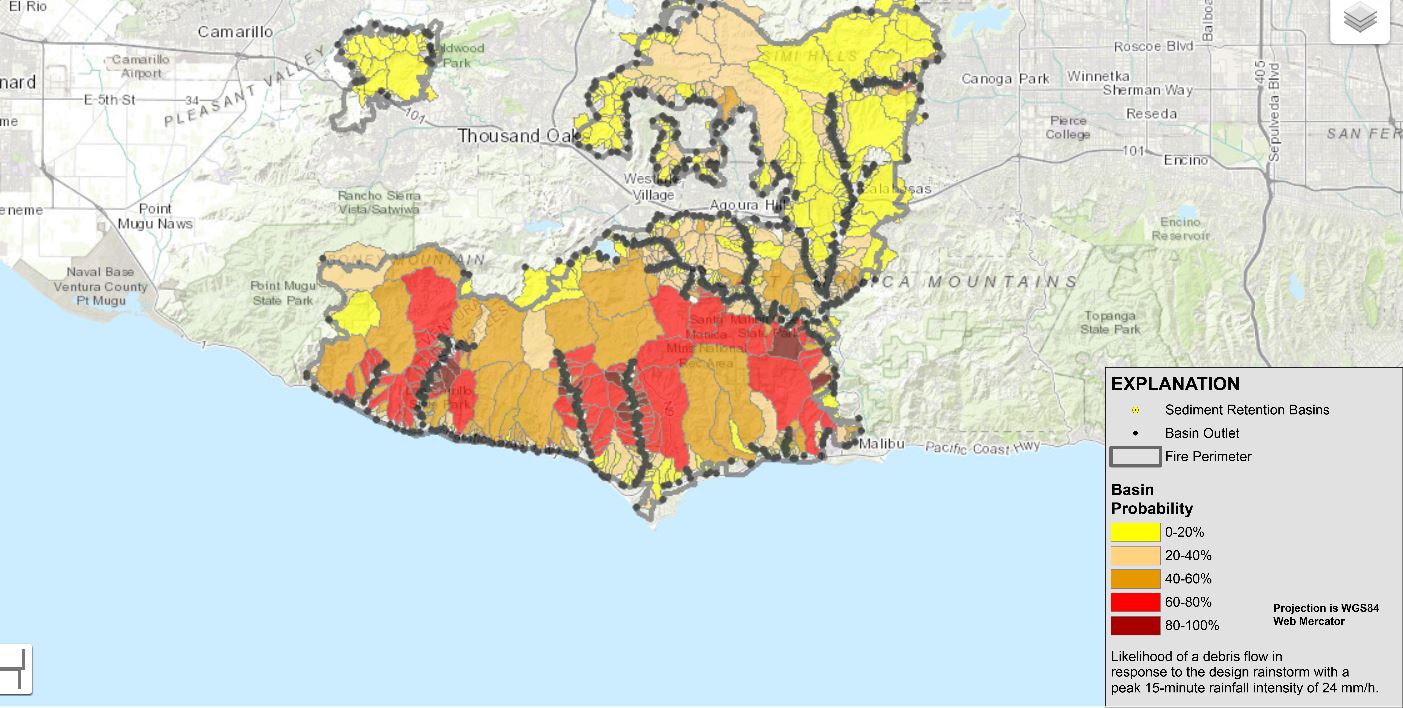 The risk is based on just under half an inch of rain falling per hour.

In the event of that much rainfall, the portions of the map highlighted in red are at the greatest risk of seeing some debris flow. The majority of the burn scar is below or at the 60 percent likelihood threshold.

A few portions have a greater than 80 percent chance of debris flow.