It’s a $400,000 mistake. Roads in Vandenberg Village, Santa Ynez, and Mission Hills were repaved a few months ago. Now, they’ve been torn up again after some bad material was used.

The County of Santa Barbara says about a quarter of the roads repaved as part of a $1,700,000 project in July are affected by the problem. That’s about half a dozen of them.

“It is an eyesore, definitely,” said Kathleen Garland who lives near Harris Drive in Mission Hills. “I think it’s ridiculous. They should have found that out beforehand and taken care of it then, rather than tear it up now and add more cost.”

The county noticed a couple of issues after the initial repaving.

“It wasn’t compacted as it should be and it was kind of a lighter shade,” said Chris Sneddon, Deputy Director of Transportation.

He says after testing, they discovered something was wrong with the oil in the pavement mix.

“Generally, you don’t have these kinds of issues. It was kind of an odd situation where every once in a while something goes wrong with the batching,” Sneddon explained.

But not all roads that were part of the project were impacted. Purisima Road was unaffected. 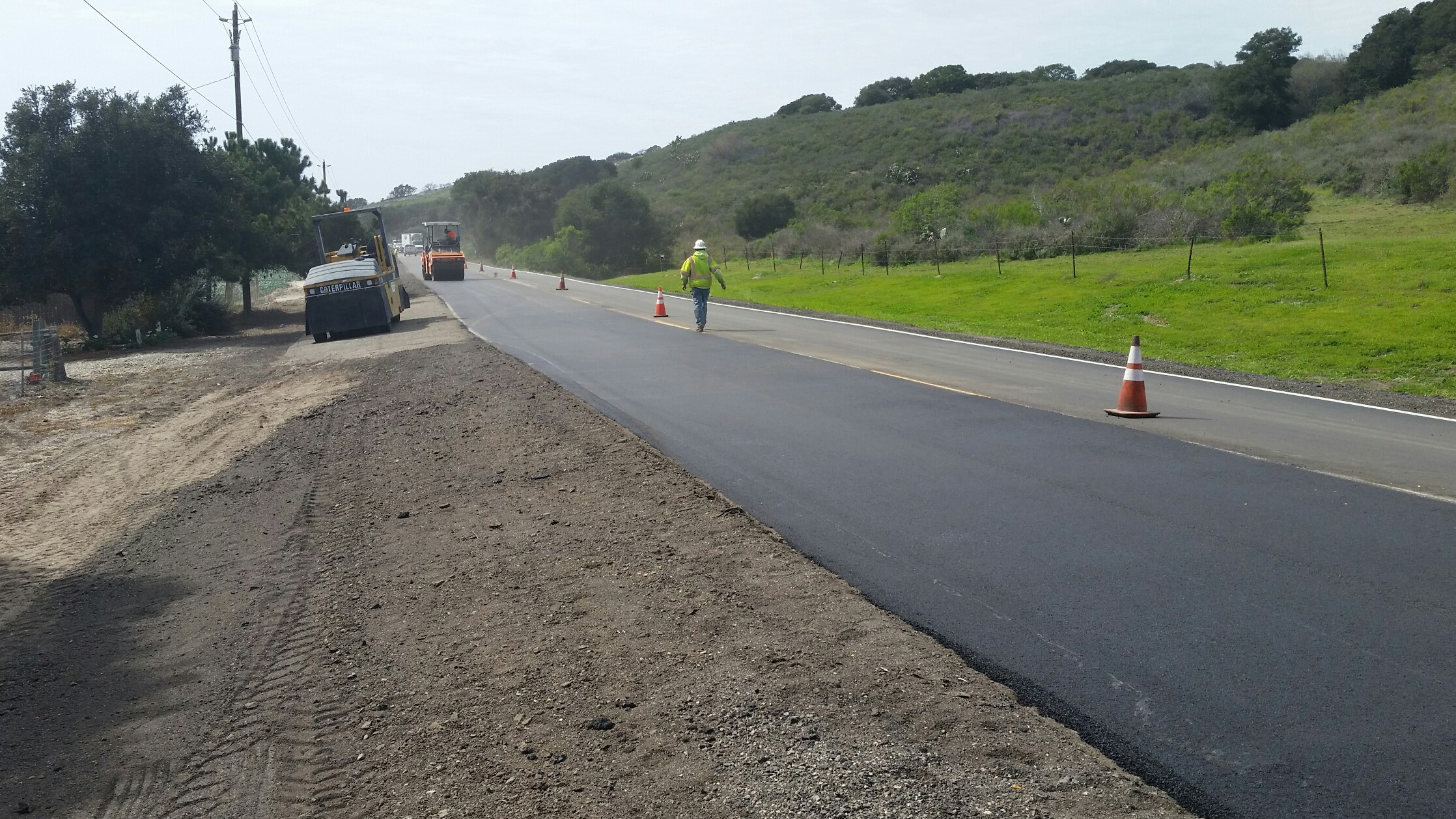 As for these roads, Sneddon says it may not have been apparent to people driving on it, at first.

“It looked perfectly satisfactory to me being that I’m not an expert and live on this, right across the street,” said neighbor, Merle Taylor.

Officials, however, said they had to tear it up.

“It was going to age probably four times the rate that pavement should age,” Sneddon explained.

Instead of lasting for the next ten or twenty years, it could have lasted only two.

The goal is to get it completed by Christmas.

The county says the contractor and the material supplier will be footing the $400,000 bill to redo the roads. The same contractor will be doing the work.