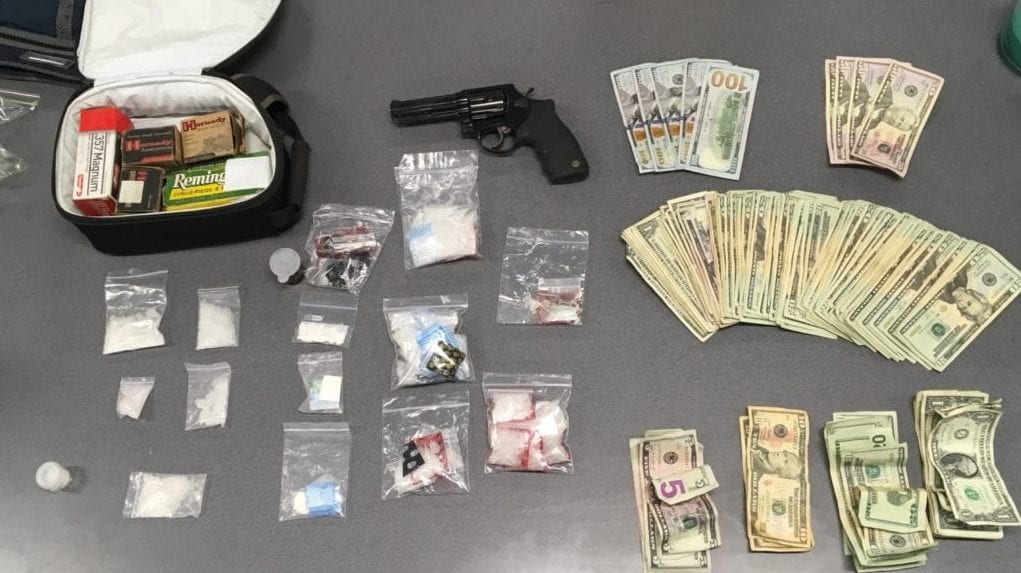 Two people were arrested in connection with a narcotics investigation in Santa Maria.

Officers say they found 251 grams of methamphetamine, 38 grams of heroin, seven grams of cocaine, 395 grams of marijuana, $2500 in cash, a loaded handgun, and ammunition. Investigators say the drugs were individually packaged, apparently for sale purposes.

Police say Cangro also had a warrant out for his arrest.