The Los Angeles County Sheriff’s Department is asking for the public’s help to identify a young girl whose body was found near a hiking trail in the Hacienda Heights area, southeast of Los Angeles.

County workers reportedly found the child’s body partially stuffed inside a rolling duffel bag while they were clearing brush in the area on Tuesday.

Investigators believe the girl is between 8 and 13 years old. She is described as black, approximately 4’5″, 55 pounds, and “skinny.” She was wearing a pink long-sleeved shirt with the words “Future Hero” and gray patterned pants.

The sheriff’s department released a sketch of the girl Wednesday in hopes that someone will recognize her. 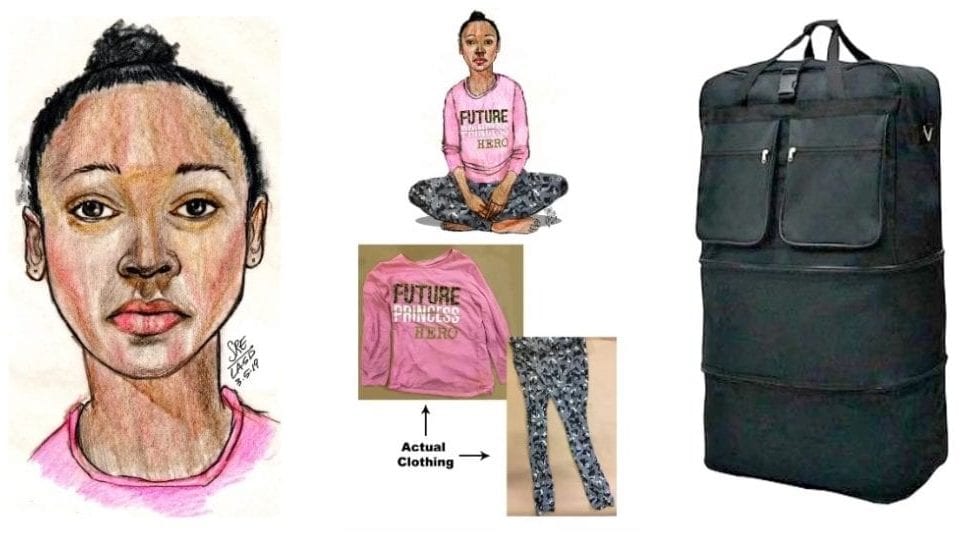 Sheriff’s officials say there were no obvious signs of trauma on the girl’s body. An autopsy will take place in the next couple of days.

Authorities say it appears the child died elsewhere and was pushed off a roadway embankment onto the Skyline Trail.

Investigators are asking anyone who believes they recognize the girl or who saw anything suspicious on Hacienda Blvd. in the past couple of days to call the Sheriff’s Homicide Bureau at (323) 890-5500 or Crime Stoppers at (800) 222-TIPS.