The mother of one of Richard Benson’s victims is speaking out after Governor Gavin Newsom announced he was placing a moratorium on the death penalty.

Benson has been on death row since April of 1987 after he was convicted of murdering 24-year-old Nipomo resident Laura Camargo, as well as suffocating her infant son and molesting and murdering her three and four-year-old daughters.

Camargo’s mother, Mary Einert, tells NBC affiliate KSBW she has barely told anyone about the case in the years since, but she felt she needed to speak out in an attempt to change Governor Newsom’s mind on his death penalty moratorium.

“This is one of the things I hate, telling people about it and making them sad. I don’t want to traumatize people,” said Einert.

Benson was 39 years old when he killed Einert’s daughter by brutally beating her with a hammer. He suffocated her 23-month-old son and spent the next 30 hours molesting Laura’s young daughters. During the investigation, he told police it was a “molester’s type of heaven.” He later set the house on fire, and police arrested him three days later.

Einert says there will never truly be closure in the case, but she found some solace in the idea that Benson was sentenced to death and would eventually face the same punishment her daughter and grandchildren faced.

“Gavin Newsom has ripped the scab off of my wound and opened it all over again,” said Einert. “He’s giving freedom from their sentence to people who have created tragedy in an enormous amount of people’s lives. I don’t know how many numbers are on death row in San Quentin, but this is just one story.” 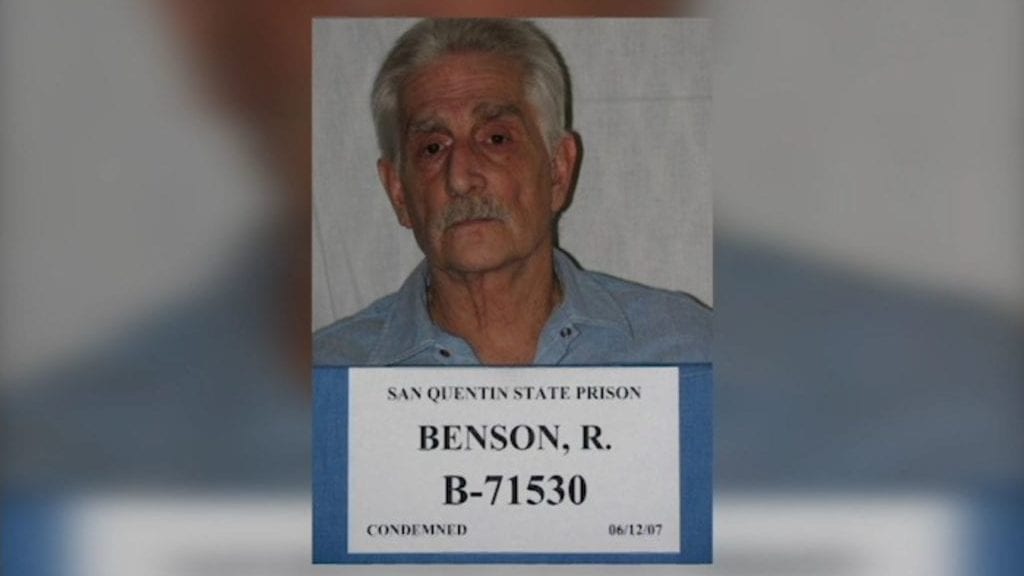 Governor Newsom’s moratorium halts executions for 737 inmates as long as he is governor.