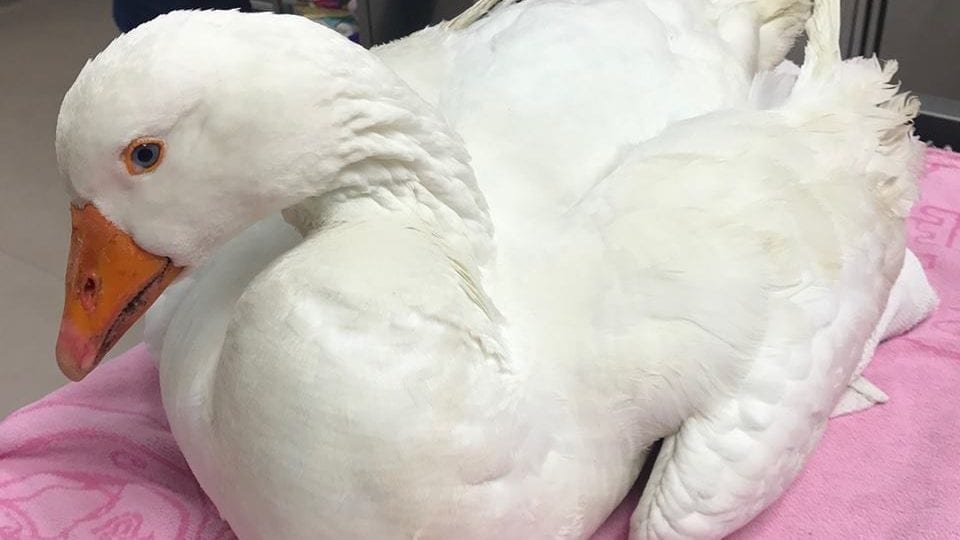 A goose that ingested trash at a Santa Maria park has died.

Santa Barbara County Animal Services posted to Facebook Tuesday saying the goose, who had been named Scarlet, died shortly after her story first made the news last week.

Scarlet ingested baby wipes and balloons at Waller Park and was taken to an animal shelter for evaluation.

Animal Services said Scarlet was on pain medications, and she knew love before she died. The post said, “Please think before you send balloons up; what goes up, must come down. That balloon glistening on the water can mimic a fish to our feathered friends.”