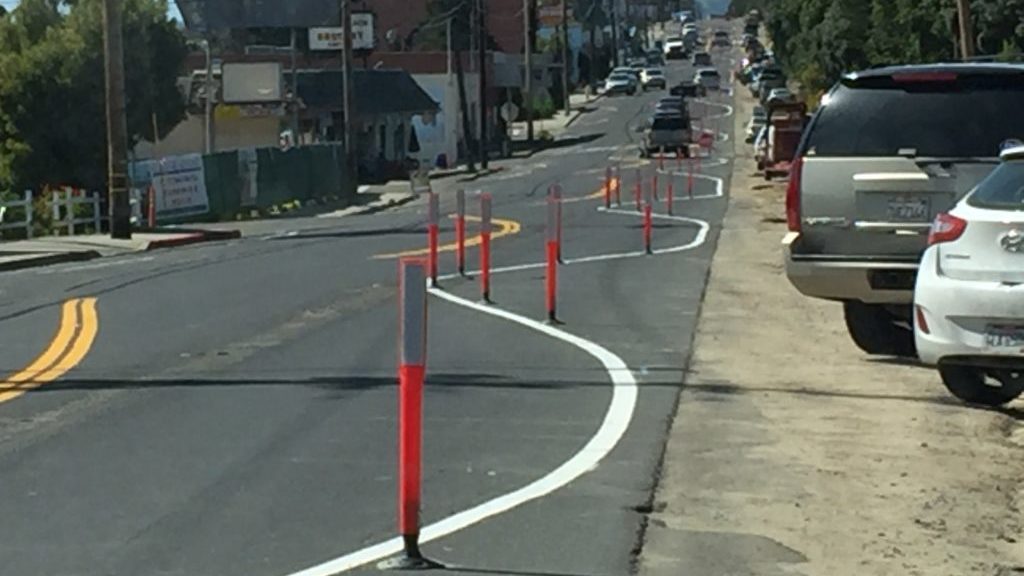 Drivers on Shell Beach Road may find themselves doing even more maneuvering, just one day after the city re-striped lanes along the busy roadway.

On Thursday, lines along the straight street were repainted in a curve pattern, raising some eyebrows among drivers.

On Friday, new poles were placed along the curved striping. Now, drivers will be forced to follow the rather unconventional lane striping. 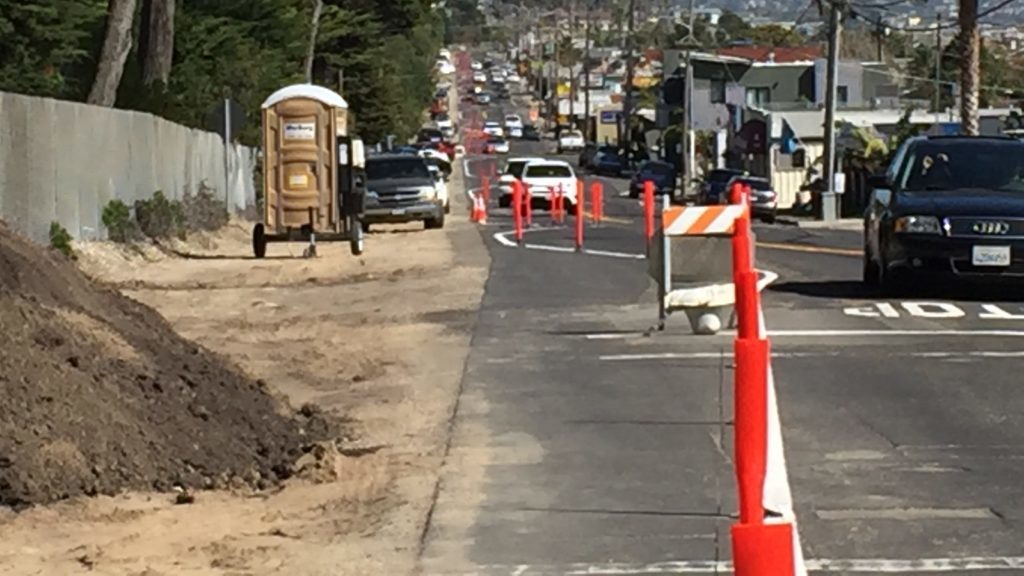 The City of Pismo Beach tells KSBY the painting is intentional. It’s designed to preserve parking in the area and keep PG&E workers safe while they’re doing electrical work.

The new lane design is expected to stay in place until the fall.

The speed limit was lowered to 15 mph, and drivers are being asked to slow down and obey all traffic laws.

The new striping is part of the Shell Beach Streetscape project. Crews are making improvements along an 18 block section of Shell Beach Road between Cliff Avenue and Terrace Avenue. Ultimately, the road will include an eight-foot wide multi-use path for bicycles and pedestrians. There will also be utility upgrades. 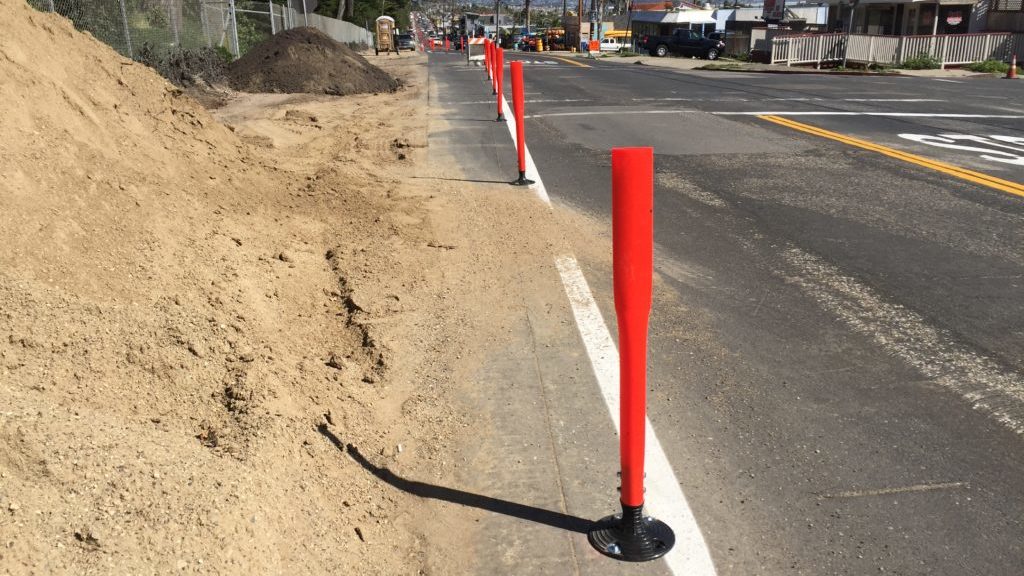