A plan to create housing for the homeless at a Grover Beach church took center stage at the Arroyo Grande City Council meeting Tuesday.

Arroyo Grande is not the governing body on the issue, but officials say since the city is in such close proximity to the proposed shelter, they wanted to provide information to nearby communities.

The housing project would be located at Hillside Church, which is in Grover Beach city limits, but the official line between Grover Beach and Arroyo Grande splits the neighborhood.

During the meeting, city leaders said homelessness was a difficult issue to tackle, but one that significantly impacts the Grover Beach area.

They say the state has allocated some $500 million to help reduce homelessness across the state. According to the city, half of those funds need to be designated to projects no later than January 1, 2020, and all of the funds need to be spent by June 30, 2021.

The 5 Cities Homeless Coalition and People’s Self-Help Housing, which are working on the project, had representatives at Tuesday’s meeting to answer questions and address any concerns.

One issue that was brought up was safety, to which representatives said they were looking into installing security cameras and creating a screening process for the people who would use the housing project.

Grover Beach says there will be future public hearings to discuss permitting, zoning, and other plans regarding the shelter. Eventually, the Planning Commission would make recommendations to the City Council, and again there would be a public comment period. 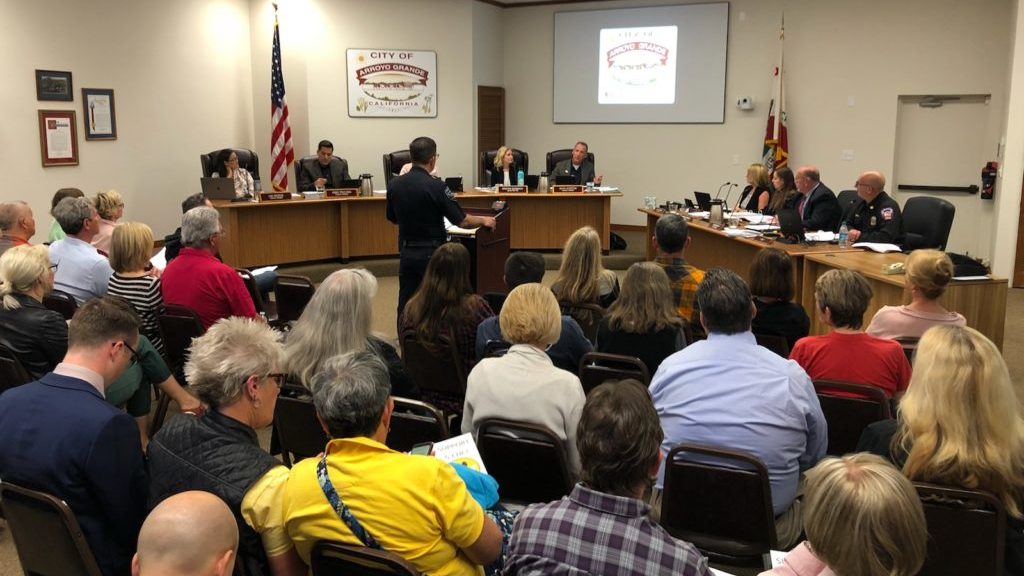 The Hillside Church has already been used as a warming center for two years.

According to homeless advocates, the church housed 148 people during the 60 days that it was open over the past year. 110 of those people were new people who hadn’t used the services before.

Representatives from both 5 Cities Homeless Coalition and People’s Self-Help Housing stressed the fact that the project is just a concept right now and is in the early stages. They said they will continue to do outreach to the community and they hope to find the right solution for the neighborhood.

They say the concept they’re considering is not designed to be a homeless shelter, but rather to create housing and housing navigation services for people who are 18 to 24 years old. The goal would be to help people get the skills they need for work and education, and ultimately get them off the streets. They cited a growing increase in the number of young adults who are homeless across the country.

Officials from the organizations said they even took the idea of creating a warming shelter out of the proposal in order to make it clear that it was not designed to be a homeless shelter.

Another community meeting is planned for April 14 from 3 p.m. to 4:30 p.m. at Ramona Garden Park Center.