The Lompoc City Council is facing some tough decisions Wednesday night, as the council hosts a meeting evaluating what to cut from the city’s budget.

While a lot of focus has been on the potential major cuts to public safety, KSBY looked into what the impact could be on the city’s parks and other facilities.

Tackling the needs of all of the city of Lompoc’s parks is something Park Manager Dirk Ishiwata says is hard to do.

“We have over 200 acres of parks which equates to about 150 football fields and over 3,000 residential homes. So that can kind of gives people more of a perspective of how much area we have to cover and as of today we only have five people when it comes to staffing,” Ishiwata explained.

As the city evaluates its budget, city leaders have been tasked with looking at where they can make more reductions.

Already plans to fix a tennis court in Ryon Park have been put on the back burner and conditions at other parks could stay the same. 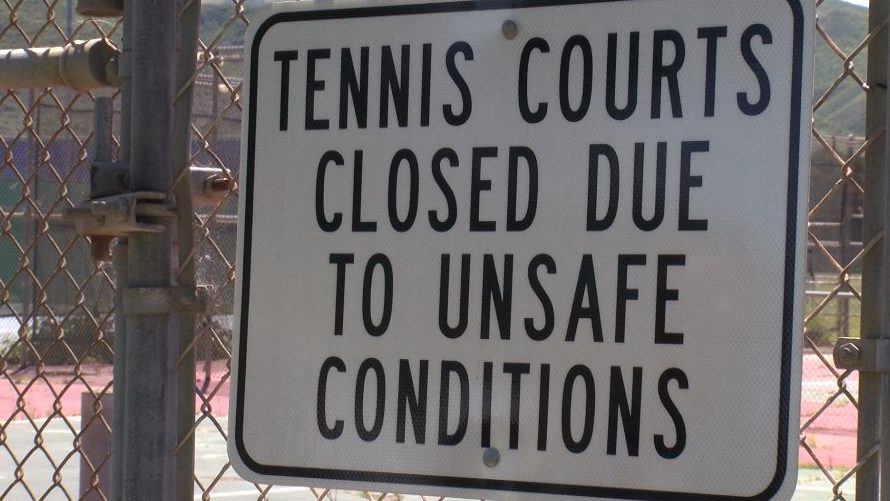 “It’s impossible for us to get to everything. We try our best to mow and kind of do the maintenance required but it’s impossible to bring it up to a standard that we’re wanting as acceptable,” Ishiwata said.

When it comes to the city’s library, City Manager Jim Throop says the library may have to limit the hours it is open or turn to other routes to find $45,000 to $50,000 from the library’s budget.

“It might be everything from reducing budgets for their book purchasing which is tough to do or it could be staffing, which I hate to even go that direction but the library is made up of either people or books,” Throop explained.

Some in the community have asked about using money from the cannabis industry that has begun in the city, but Throop says with only one dispensary open, the city is still waiting to see how lucrative the industry may be.

“Our projections are lower than what other cities may have thought about. We have our second one opening up here soon and what we can then see is that decreasing market share from the first retailer or is it growing?” said Throop.

The community can be a part of the budget discussion at City Hall on Wednesday night at 6:30.