A Santa Maria couple is expecting a unique addition to their family: conjoined twins. The babies have four legs, two arms, two heads and share a heart and a torso.

KSBY sat down with the family to learn about their decision to continue with the pregnancy and what doctors will have to do once the twins are born.

A Santa Maria couple is expecting a unique addition to their family – conjoined twins. The babies have four legs, two arms and two heads – sharing one torso and one heart. Their decision to continue with the pregnancy and what doctors will have to do once the twins are born, at 5 pic.twitter.com/7VqBuqDBhS

Natalie Romero says she and her husband’s attempt at baby number two started off as a normal pregnancy last Fall.

“For me, it felt like a regular pregnancy, but it was more difficult because I was working full time and taking a class and have a family to take care of. So I was very nauseous, but that’s normal, you wouldn’t think it was anything different,” Romero said. 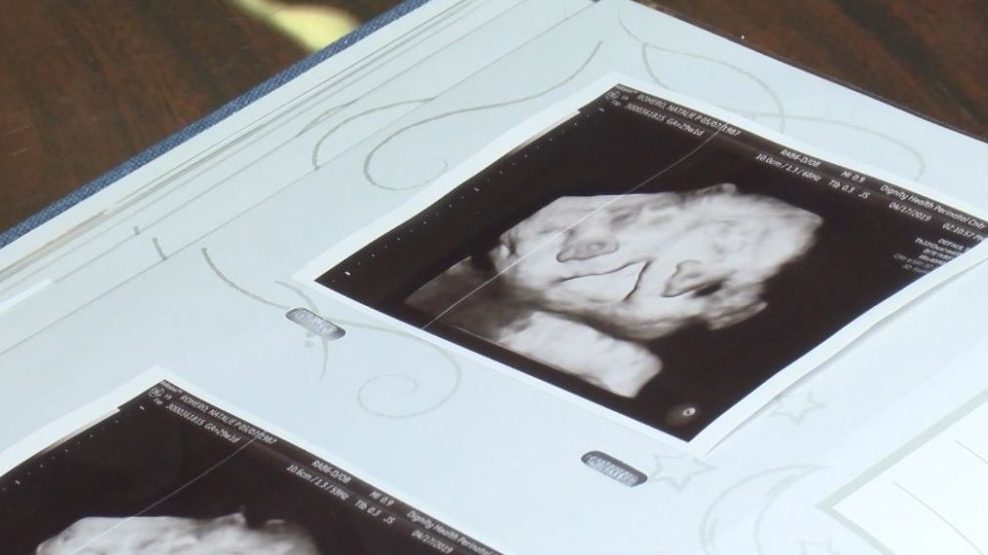 It wasn’t until February when they got the news they never expected. Natalie was pregnant with conjoined twins.

“We were in shock. We found out when we were 20 weeks pregnant, so five months. That’s pretty far along to not know and then we had so much time to figure out what we wanted to do,” Romero said.

There’s now concern with how the babies will be able to live sharing vital organs.

“We just ended up deciding just to continue with the pregnancy because, at the time, I could feel them even though it was still early. So they were alive inside of me and it just didn’t feel right to go through with the termination,” Romero said.

Now Romero says they are hoping she’ll make it to May 20th, the 34-week mark, when she’s expected to give birth to conjoined twins Willow and Evangelene.

Their cardiologist at UCLA thinks they may have a fighting chance.

“He talked to the other doctors at UCLA, they had a conference about it and they said you know what, if we deliver at 34 weeks we can maybe intubate, put them on a ventilator, let their lungs mature and they can maybe live for a while,” said Francisco Romero, the father.

The Romeros say they’re trying their best to stay positive no matter the outcome.

“I can’t even pick out normal baby clothes but it was fun picking out dresses. I figured I can pick out an oversized dress and they can share it,” Natalie said.

We reached out to UCLA for a comment about the Romero’s situation and are waiting to hear back.

Natalie has been blogging about her entire experience.