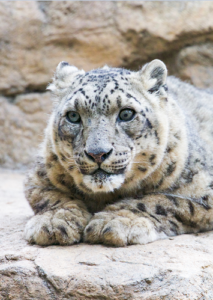 The Zoo says Everett was 21-years-old and died just three weeks before his 22nd birthday.

Zoo officials say Everett was considered elderly and was being treated for age-related ailments, including osteoarthritis, renal failure, and hypertension. For nearly a week he had trouble getting up and moving around despite an increase in medication.

The zoo’s director of animal care and health, Dr. Julie Barnes, says due to his quick decline they decided humane euthanasia was the best option for him.

The zoo says Everett’s body has been sent to Midwestern University in Arizona for a study on the vascular anatomy of snow leopards, which are highly endangered in their home range of Central Asia.

Everett was considered the oldest snow leopard in any zoo accredited by the Association of Zoos and Aquariums.