A City of San Luis Obispo employee who pleaded guilty to an assault on two people at an Avila Beach bar has requested to serve time in a “pay-to-stay” jail facility.

Chris Olcott, an inspector for the City of San Luis Obispo, appeared in court Tuesday.

The San Luis Obispo County District Attorney’s Office says he requested to go to a “pay-to-stay” facility. The DA’s Office is objecting to that request.

The judge ruled that Olcott may serve his time in any Los Angeles or Orange County city jail.

The City of Santa Ana accepted Olcott as a potential inmate. Court paperwork shows he would pay $140 for the first day and $110 for each remaining day in the jail.

However, the sheriff’s office is ultimately in charge of deciding where Olcott will be jailed.

In February, Olcott was sentenced to 60 days in jail for the 2016 assault at Mr. Rick’s.

The defense had argued that Olcott could be threatened if serving time in county jail, however, the DA’s office says the sheriff’s office has the correct processing in place to take care of any potential issues.

The assault was caught on surveillance camera and shows Olcott elbowing a woman in the face and then punching a man repeatedly in May of 2016. 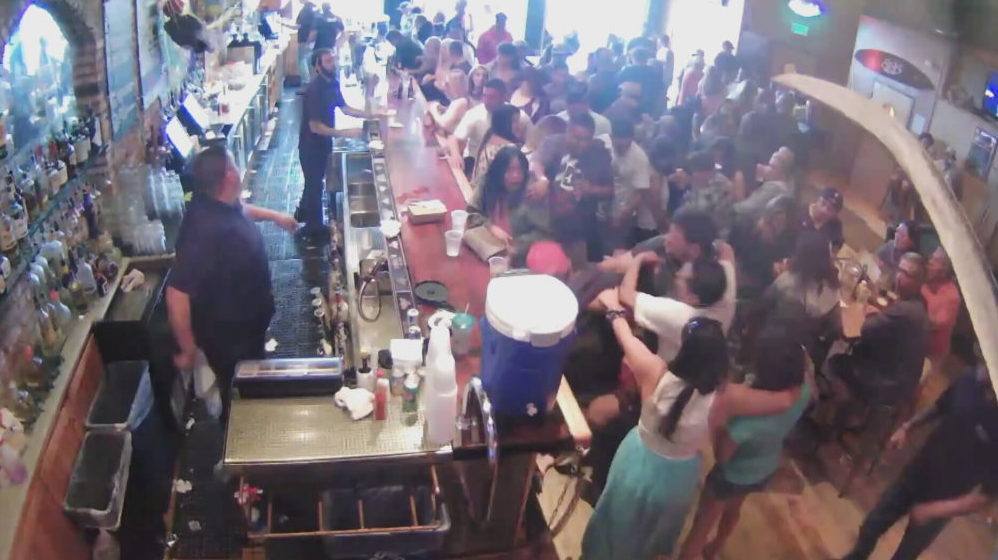 Olcott was later charged and the case went to trial, but the jury could not unanimously agree on a verdict.

In February, he pleaded guilty to misdemeanor assault to avoid another jury trial.

He was not placed on paid leave until April, which prompted some criticism from community members.

The city responded at the time by releasing the following statement:

“The City had not seen the video and did not have any detailed understanding of the underlying facts of the case until the video appeared online.  Obviously, the actions depicted in the video are appalling and, combined with the guilty plea, warrant follow up to evaluate whether there is a nexus with the employee’s ability to perform his job duties effectively and in the interests of workplace and community safety, which are the City’s priorities. As soon as the City became aware of the violent and seemingly unprovoked nature of the crime, the City took immediate action and placed the employee on administrative leave.”

As of last Friday, the city told KSBY the incident was still under investigation.

Olcott was still listed on the city’s website Tuesday.

He is scheduled to begin serving his sentence August 9.

The DA’s office says the request for a “pay-to-stay” facility is not common.