When July’s full moon rises on Tuesday, there will also be a partial lunar eclipse. Unfortunately, most of us living in North America won’t get to see it.

The first full moon in July is known as the “Thunder Moon” due to the frequent thunderstorms this time of the year, according to Accuweather.com.

There will also be a partial lunar eclipse which makes it a “Half-Blood Thunder Moon.” The “blood” term comes from the way the moon appears red when it passes into Earth’s shadow. A full moon is called a “blood” moon.

The Farmers Almanac also calls July a “Buck Moon” because at this time of year, buck’s antler’s are in full growth mode. 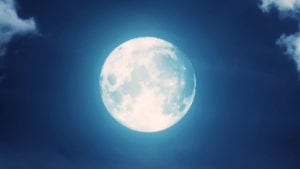 In addition to Tuesday’s moon, there will be two other events skywatchers will want to take notice of this month.